required for data registration of cancer patients, down from 10 minutes

hours of work saved for doctors and nurses annually

in savings on postage alone expected in 2020

Helse Vest is responsible for health services in the West Norwegian counties of Rogaland and Vestland. The health authority owns and manages five health trusts in the region, taking care of around one million residents. It is one of four regional health authorities in Norway and answers directly to the Norwegian Ministry of Health and Care Services.

Helse Vest deploys robotic process automation (RPA) to reduce the administrative burden on its doctors and nurses, allowing them to spend more time with patients.

When RPA is most effective, people begin to view the robot as an indispensable digital assistant. The case of Robbie Vest at Helse Vest is a great example. Doctors and nurse at the health authority found they had a colleague that removed their administrative burden and let them spend more time with patients. The question quickly became: what could Robbie do next?

The RPA journey at Helse Vest began with what Celie Løvslett, RPA Lead at Helse Vest, describes as a huge stroke of luck. She says: “We’d heard about RPA and thought it could benefit our organization. However, when we began to evaluate the technology, we were in the midst of a large SAP program so we couldn’t look at finance or HR processes. That meant we concentrated on our clinical activities and it’s the best decision we made.”

It soon became clear that RPA could dramatically reduce the administrative burden on doctors and nurses, providing high quality data and freeing their time for patients. In fact, Line Fjeldstad, a midwife at Helse Vest, explains that RPA has taken the ‘purely depreciative jobs’ from nurses—jobs that eat time but add little value. By focusing on the governance and testing of automations, Celie and her team have also been able to ensure the accuracy of patient data in systems where any error could be severe. 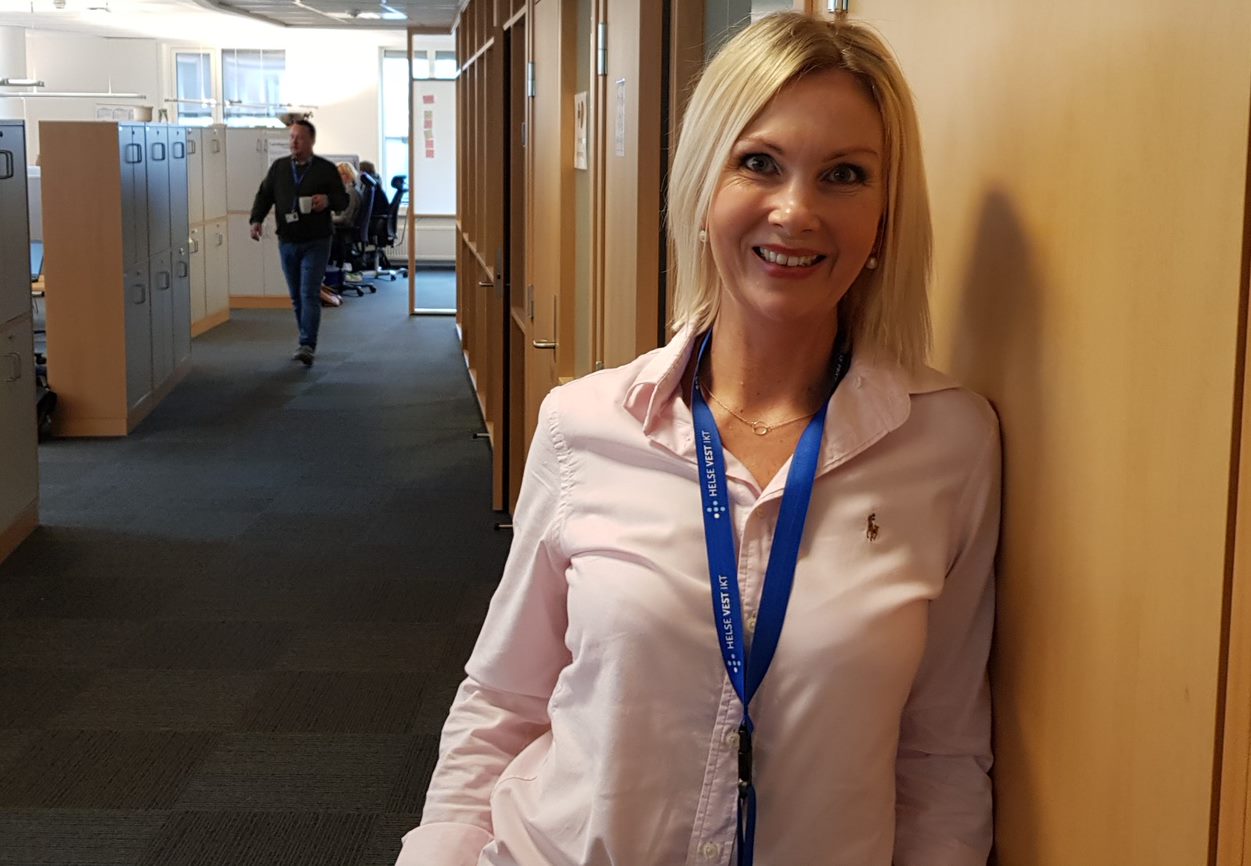 We’ve been able to show the clinical and IT teams what we can deliver. This has helped secure the support and focus of senior management not just with our department but in all the hospitals that are part of Helse Vest.

Easing the burden on cancer doctors

One of the first processes automated at Helse Vest demonstrated the benefits of RPA in a clinical setting. For patients with prostate cancer, the same information is required in three different systems; the journal system DIPS, the research database, and reports to the Cancer Registry. This led to doctors doing both double and triple registration of the same information.

Celie and her team designed an automation, known as Robbie Vest, which automatically updates all the relevant systems. What had taken doctors 10 minutes to complete manually now takes two minutes. As importantly, Robbie Vest takes care of registration with the Cancer Registry—mandated by law—and feedback from the Registry is that the quality of the cancer reports has improved.

Robbie saves us and the pregnant women both time and resources. Previously, it took the equivalent of 1.5 staff members to handle the process and now it’s all automated. The fact that the robot does the job ensures correct information and higher quality.

This automation for the prostate cancer team proved the perfect use case. There are any number of activities where doctors and nurses have to input information into different systems daily. Often that information has to be double or triple registered adding time and the potential for error. RPA allowed Helse Vest to reuse this type of automation across similar processes.

One healthcare area that has benefited is midwifery. A wide range of activities have been automated including the collection of information on pregnant women as they prepare to give birth. Previously, the patient had to print off a long form, fill it in and physically return the form to the hospital. This information then had to be entered into multiple systems. Besides, it required a good deal of information—so many people didn’t complete the form, meaning that midwives could have incomplete information before the birth.

The Norwegian health service addressed this issue by creating a digital form on its national portal, helsenorge.no, but the information capture was presented to the relevant hospital as a PDF or XML file. Someone still had to manually enter the information into Helse Vest’s Natus birthing system.

Celie and her team set to work and within a few weeks Robbie could extract information from the XML file and automatically update the Natus system, also removing outdated information, improving the experience for both nurse and patient.

Gry Oberstad, a midwife at Helse Vest, says: “Robbie saves us and the pregnant women both time and resources. Previously, it took the equivalent of 1.5 staff members to handle the process and now it’s all automated. The fact that the robot does the job ensures correct information and higher quality.”

Today, Helse Vest has automated more than 50 processes and Celie estimates that Robbie gives the authority’s doctors and nurses more than 14,000 hours back each year. 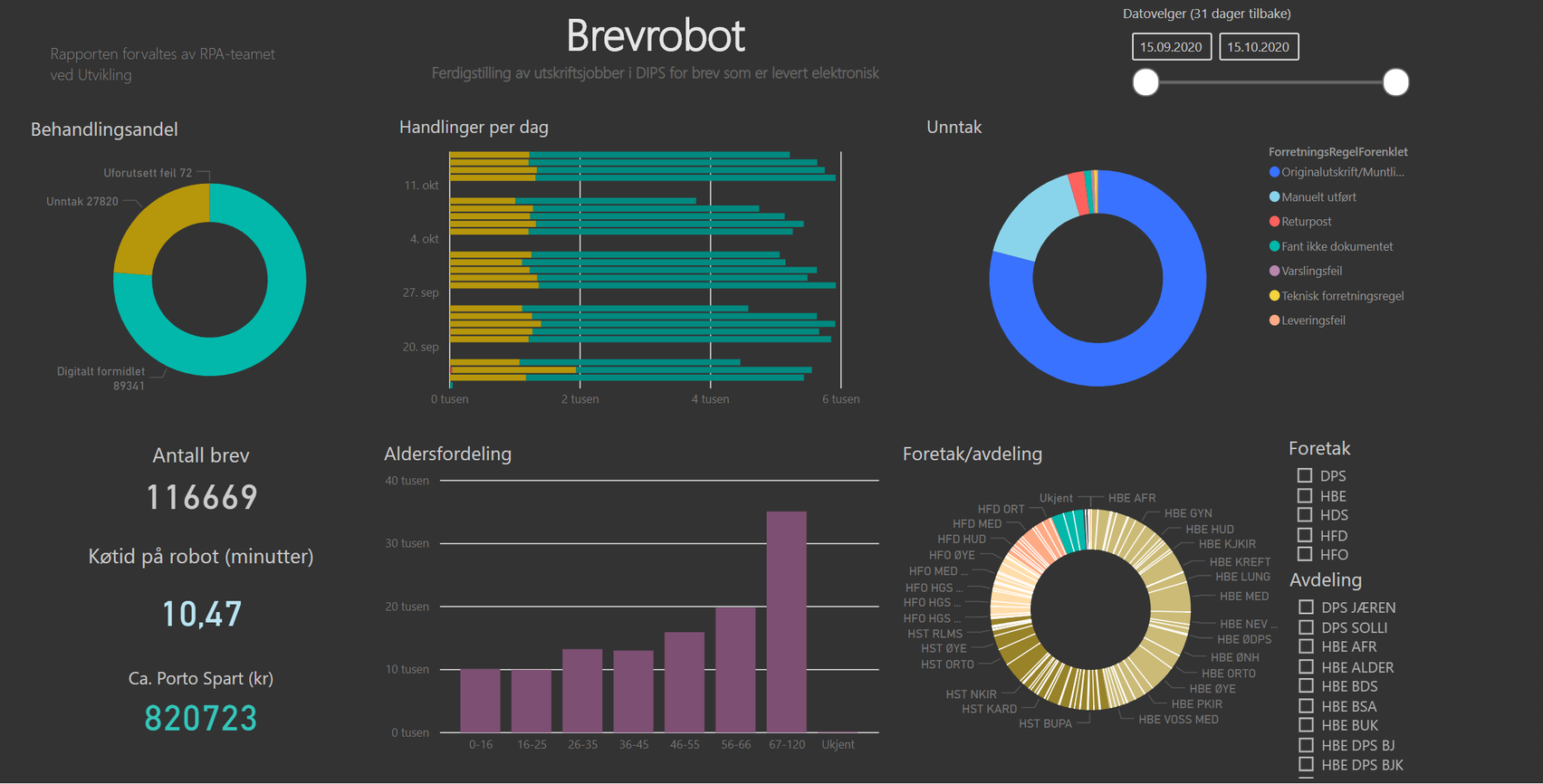 The secret to RPA success

When asked about the secret to RPA success at Helse Vest, Celie is very clear: “From the very beginning we were very careful about building our competence. We spent around six months making sure that we had the correct operating model, process models, governance and testing in place. That meant when we came to move from proof of concept to production it was quite straightforward to scale our automations across processes, hospitals and the entire health region.”

Within the hospitals covered by Helse Vest, there are many similar systems and processes. By creating a formal and centralized RPA function, the team has been able to quickly and cost-effectively reuse RPA processes across hospitals.

For example, when booking a hospital appointment, the Helse Vest system automatically sends out a confirmation letter. Robbie was programed to intercept the letter and send it to a ‘dummy’ printer, so it wasn’t mailed. What started in one hospital was quickly rolled out across the region. With around 4000 new appointments every day, Robbie is expected to save at least 5,000,000NOK (around $550,000) in 2020 on postage alone, while improving the authority’s environmental footprint.

This focus on reuse is just one of the reasons that the RPA program has received the senior management buy-in that Celie believes has been an important element in their success. She says: “We’ve been able to show the clinical and IT teams what we can deliver. This has helped secure the support and focus of top management not just with our department but in all the hospitals that are part of Helse Vest.”

Besides, RPA gave the clinical team a fast and practical approach to traditional integration methods. Celie explains: “Doctors and nurse are used to big integration projects taking years. With RPA, they can have something within a matter of weeks or months. They love the speed and agility with which we can automate processes.”

A lighthouse for RPA in Norwegian healthcare

The success of Robbie within its clinical setting is leading Helse Vest to begin to look at the potential of combining RPA with AI. The authority is currently investigating the process around its use of IHI Global Trigger Tool for identifying potential adverse events in its hospitals. Currently, it takes two doctors and a team of nurses to go through patient records and journals to identify trigger words.

Celie and her team are now looking to automate this process. She says: “There are large solutions out there, but they are hugely expensive. We believe that allying AI with Robbie means we can go through every record and journal and get a much more accurate picture that will improve patient safety. I know other health regions are watching closely to see what we can achieve.”

This is becoming a common occurrence for Helse Vest. Its focus on clinical processes has established the authority as a leading proponent of RPA within Norwegian healthcare.

Doctors and nurse are used to big integration projects taking years. With RPA, they can have something within a matter of weeks or months. They love the speed and agility with which we can automate processes. 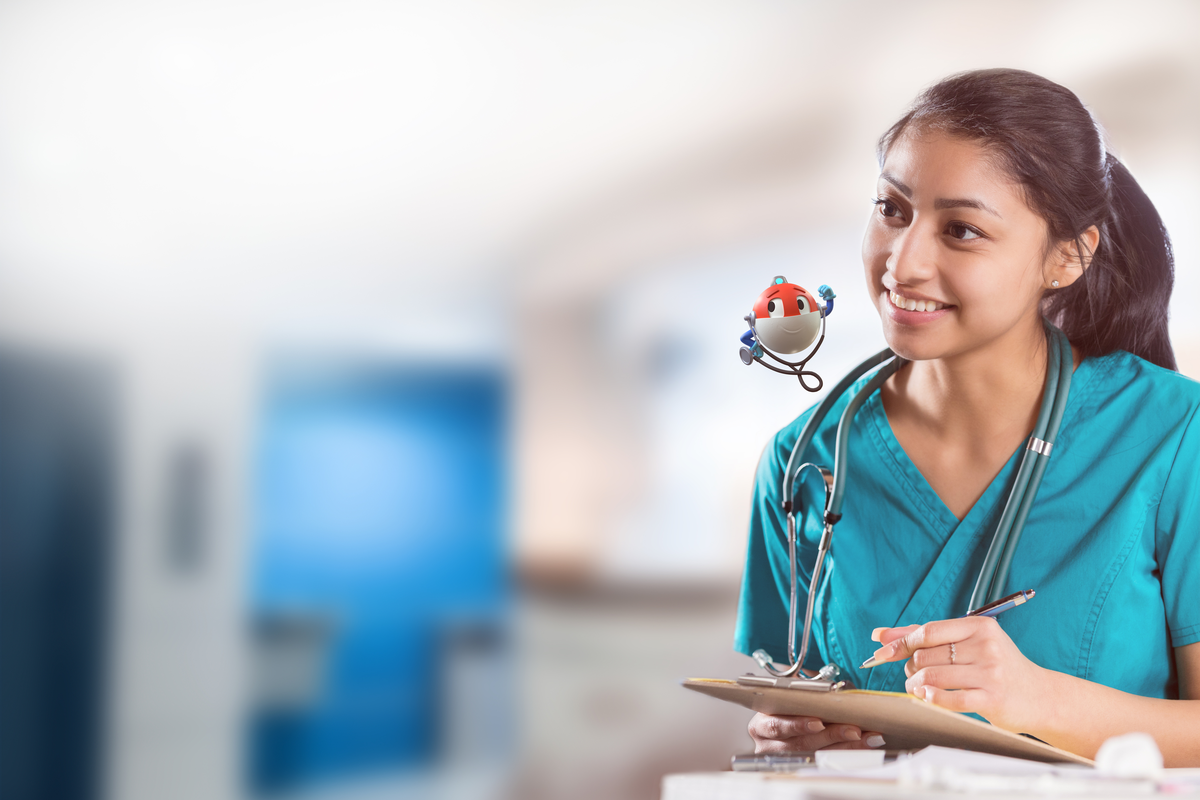 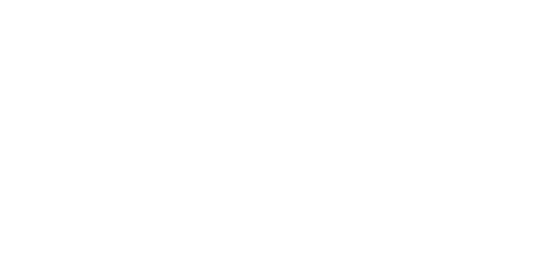 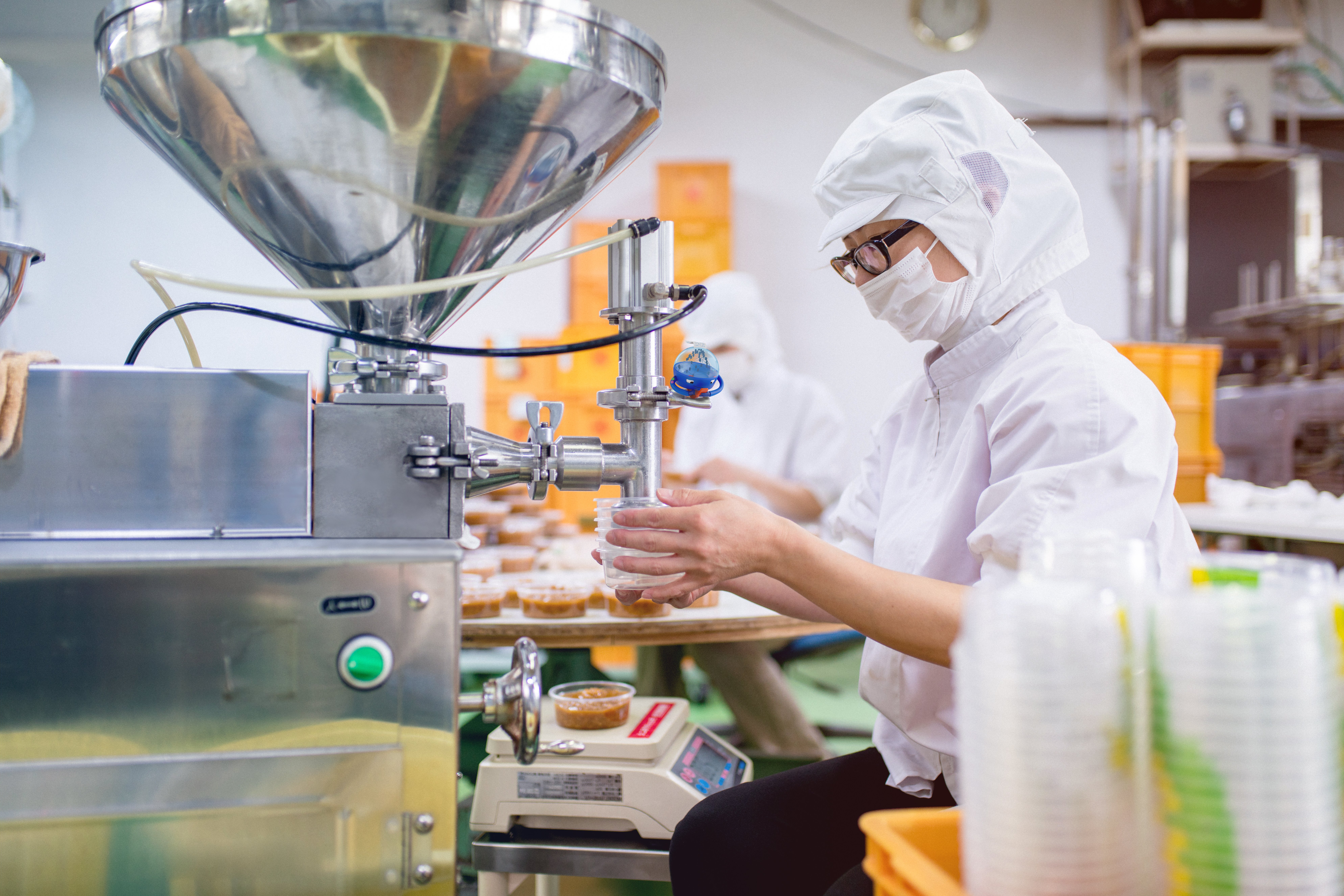