reduction in time taken to complete one day’s revenue reconciliation

Poised as a diners’ paradise for Asian cuisine, Paradise Group offers gourmet menus of exceptional value in a wide variety of restaurant concepts together with a catering arm.

With sharp jump in business from online food aggregators, Paradise was struggling with delays and errors in its manual revenue reconciliation process. Automation with UiPath helps speed up the process from days to hours while bringing in 100% accuracy.

Beginning as a modest cafe in 1953, Paradise has grown into one of the most-admired restaurant chains in India today. Known for its iconic Hyderabadi Dum Biryani, Paradise is a landmark in Hyderabad’s cultural scene. Over the last four years, the company has expanded its presence to over 45 outlets across eight major cities.

Around two years back, the scaling up exercise reached a turning point as Paradise ventured into partnership with various online food aggregators for home delivery driven by the growing market trend. Within two years the delivery channel has grown from 5% to 30% of its overall business, becoming one of the biggest growth drivers for the company.

While highly favorable, this new business format brought in certain challenges. Earlier, all the transactions were in cash/card and done internally. However, now with interactions happening with third party (online aggregator platforms), revenue reconciliation needed to be done.

Paradise works with four aggregators (i.e. Swiggy, Zomato, Uber Eats and Food Panda) and reconciliation needs to be done with each aggregator across all the 45 outlets on a daily basis. With over 6,000 transactions per day, manual revenue reconciliation with the aggregators was a big challenge.

The result was that it would take the company five days to complete the reconciliations for a single day as opposed to the business requirement of one day. Adding the weekend, this was effectively taking a week. Thus, generating a huge backlog of pending reconciliations.

The delays in reconciliation also had an impact on revenue, as the discrepancies were not timely identified, leading to delays in corrections as well. This, in turn, caused some revenue leakage and impacted Daily Sales Outstanding (DSO).

Dinesh Vijaywargiay, Assistant VP-Finance, Paradise who takes care of both finance and legal compliance at Paradise, shares an example.

A Rs. 200 Biryani plate from Paradise could be listed on Swiggy for Rs. 190. So, while it is recording the transaction at Rs. 200, Swiggy would be settling it at Rs. 190. This ends up giving the company a Rs. 10 loss. Until the reconciliation happens and one realizes the price difference and corrects it, that revenue would have been lost and the company would have incorrectly paid taxes on the additional amount.

Also, since the process is spread across different aggregators and multiple platforms, it added to the complexity, making the process prone to errors.

According to Vijaywargiay, “In a food retail setup where reaction time is most critical to stay competitive, a one day reconciliation getting stretched to a week was not justified. Speed and accuracy is of the essence and it has to start with standardizing and improving our processes internally.”

What finally pushed Vijaywargiay and his team to look for an alternative was the strain on the company’s resources. With four employees dedicated full-time to doing revenue reconciliation, it took manpower away from critical tasks like investigating and correcting discrepancies.

In a food retail setup where reaction time is most critical to stay competitive, a one day reconciliation getting stretched to a week was not justified. Speed and accuracy is of the essence and it has to start with standardizing and improving our processes internally.

Even more concerning was the adverse impact on employee morale as the repetitive and monotonous nature of the task left them feeling frustrated, hampering productivity. “We realized that automation was the only way we could free up our employees’ time and re-deploy it to more productive workloads giving them job satisfaction.”

As Vijaywargiay started scouting for an automation solution, his first stop was to reach out to the aggregators themselves. However, it didn’t work out as their platforms were more broad-based and not specific to his requirement. Also, integrating with multiple platforms would have brought in complexity.

That is when Paradise reached out to AiRo Digital Labs, an IT services company specializing in artificial intelligence (AI) and robotic process automation (RPA), for a solution with a simple mandate-standardize the revenue reconciliation process and reduce the amount of time spent on it. Based on this, AiRo suggested RPA.

As AiRo and Paradise assessed various RPA tools in the market, UiPath Platform emerged clearly on top. “The biggest differentiator for UiPath was its ease of use, ability to scale up easily and established global presence, which gave us a certain comfort level and trust. Being the most price competitive, it also promised a better return on investment compared its peers,” stated Vijaywargiay.

He was particularly impressed with the solution’s ability to seamlessly access information from multiple sources and decided to test waters with a PoC first.

With two UiPath Robots, the entire revenue reconciliation process has been fully automated, eliminating the need for a single human touch point.

This is how the process works post-automation with RPA:

To begin with the UiPath Robot extracts data from various internal and external sources-the ERP system, an intermediary tool where orders of all the aggregators come, dashboards on aggregators’ platforms, email for bank debit/credit card details. This data is collected for each of the 45 outlets on a daily basis, consolidated and stored in a single file, post which the reconciliation is done. It also maps each transaction against the given information and has several checks and balances in place for recognizing any exceptions.

“UiPath has brought down the time taken for a single day’s reconciliation process from 5 days to just 4 hours. Thus, helping us improve our reaction time as the discrepancies are spotted immediately and saving FTEs that could be re-purposed to more critical tasks,” asserted Vijaywargiay.

The later the discrepancies are spotted and the more delay there is in reaching out to the aggregators, the more difficult they are to resolve. Now that the identification is fast, the resolution is also faster. Thus, also helping plug the revenue loss.

UiPath has brought down the time taken for a single day’s reconciliation process from 5 days to just 4 hours. Thus, helping us improve our reaction time as the discrepancies are spotted immediately and saving FTEs that could be re-purposed to more critical tasks.

Meanwhile, the discrepancies once identified could also be addressed quickly with the help of freed-up FTEs. “Earlier we were not able to focus our manpower towards resolving discrepancies as there wasn’t any time left for them after reconciliation. Now that our three FTEs are free from basic data entry and consolidation tasks, we have been able to re-purpose their time more constructively towards liasioning with aggregators and the outlets for resolution,” explained Vijaywargiay.

The result is that the discrepancies between recorded sales and what the aggregator reported has drastically reduced from Rs. 20 lakhs per month to Rs. 50,000 per month within two months of automation. Also, with their roles re-defined and adjusted towards more productive tasks, the employees are now more satisfied with the work they are doing.

For Vijaywargiay, the UiPath Platform has been a big boon in eliminating any errors and bringing 100% accuracy into the revenue reconciliation process.

Having understood the technology’s capabilities, Paradise has now outlined RPA as a key component of its future growth strategy. As it plans to add more outlets and even expand outside India, it realizes that it needs more than ever to streamline ready its processes for future growth.

The company is currently in the process of prioritizing the automation roadmap for key processes. Finance and IT have taken the lead regarding demonstrating the initial success of RPA to other departments and enabling them to identify the right candidates for automation within their respective functions. Daily sales reports and price-check are among the processes under consideration for automation.

Towards this, the company is working on strengthening its in-house RPA capabilities by training its team on the UiPath Platform.

“Our business is very dynamic with constantly changing prices, discount configurations, addition/removal of outlets and partners. Hence, we are always looking for smarter, accurate and more productive ways to manage this. We are confident in UiPath’s ability to enable that going forward and bring about truly transformative organization-wide impact, “ concluded Vijaywargiay. 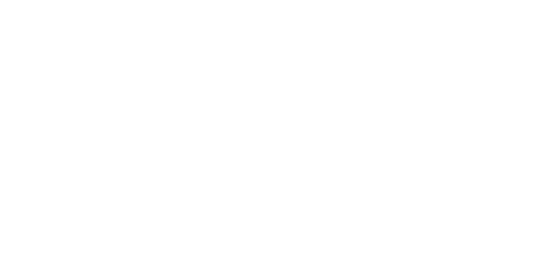