Working smarter and harder, thanks to robots

The RSA has a simple mission: to make roads safer for everyone. It aims to reduce collisions, deaths, and serious injuries by 50 percent by the end of 2030. To achieve this, it co-ordinates the development and delivery of the Irish government’s road safety strategy. It also produces information and education campaigns, monitors and improves vehicle standards, oversees driver instruction standards, issues driving licenses and undertakes enforcement activities.

The Road Safety Authority’s (RSA) mission is to save lives and reduce injuries on Irish roads, which it delivers through a multi-annual road safety strategy. It also provides services to millions of customers each year. The adoption of robotic process automation (RPA) to handle repetitive tasks has helped staff increasingly to focus on work that can improve service delivery and make Irish roads safer.

It’s commonly accepted that traveling by car is one of the most dangerous ways to get from A to B when compared to the alternatives. But there are organizations across the globe working hard to reduce the likelihood of us coming to harm on the roads.

While there are many stakeholders that fulfill this role in Ireland, including An Garda Síochána and Transport Infrastructure Ireland, the RSA plays a crucial role. As an official statutory body, formed in 2006, its mission is to reduce the number of deaths and injuries on Irish roads and make them safer for all users. Since its creation, the range of functions allocated to the authority has grown exponentially. It now employs over 300 full-time staff at its headquarters in County Mayo and other satellite offices around the country.

One of those members of staff is Nessa Kelly, Assistant Principal Officer in the Strategy Unit of the RSA. As a senior member of the team, she oversees the delivery of the operational excellence program in the RSA. “From the cradle to the grave, we seek to improve road safety for everyone in Ireland,” she says. “It could be school children walking to class, teens taking driving tests or professional drivers requiring certifications. We want to ensure Irish roads become safer for all. Everything we do is wrapped up in road safety.”

When it was established, the RSA inherited several legacy systems across its wide range of services and over time, it has built up a complex network of processes. 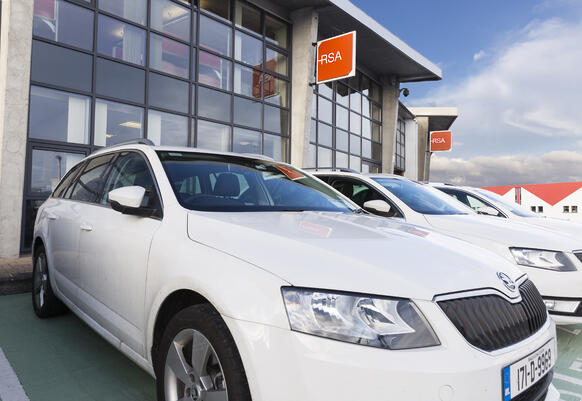 “We have many legacy systems,” says Nessa. “Staff have to work with these every day to update records, and move information because they’re not integrated and don’t ‘speak’ to each other.” This type of routine, repetitive data input work consumes valuable capacity across the organization and reduces opportunities for staff to engage in more beneficial, value-add activities.

Enabling greater levels of system integration and reducing the burden on staff is a key priority for the RSA. To achieve this aim, it has a strategic roadmap to replace older technology. Part of this includes using RPA to simply and cost-effectively allow information to pass between systems, increasing capacity and efficiency.

RPA can also help staff communicate more effectively with customers. At the moment, it takes up a disproportionate amount of time owing to manual handling of information. “As our services and remit has grown over the years, we have seen increasing levels of staff effort across multiple areas of the organization dedicated to this type of non-value work,” Nessa says. The RSA decided it was time to invest in RPA. “There was so much opportunity to put bots to use,” she adds.

At the start it was quite tactical. The RSA pinpointed the processes where most time was wasted and got to work. The first robot, named Pat (Process Automation Tool), helped with the driving test cancellations process. Before the bot was introduced, learner drivers would be given a date for the test. To change or cancel it, they had to call or email the RSA directly. This led to a lot of customer queries.

We have seen increasing levels of staff effort across multiple areas of the organization dedicated to this type of non-value work, there was so much opportunity to put bots to use.

There was an obvious opportunity to automate this entire process. “We started by creating a web form for customers to complete,” explains Nessa. “They could add in their details requesting to cancel their test, and we trained Pat to take this information and update the driver test system before sending the customer an automated confirmation that the test had been cancelled.”

Pat got going immediately and began handling about 2,000 cancellations every fortnight. “Previously, there had been six people working on the job, but Pat took about 80 percent of this repetitive task from them. A member of staff would normally take 10 minutes per cancellation. The robot could do 200 in half an hour,” Nessa says. “In the RSA we always have projects which can help improve road safety and service delivery and this created capacity for them to undertake some of this other work.”

With the first automation up and running, the team soon began to incorporate other processes. For example, when people are given a test date, they sometimes forget to cancel or rearrange. This leads to no-shows. The team created an SMS reminder system, sending a text 10 days ahead of the test. “Where a customer was not available to take their test, we provided them with a simple option to text back and cancel their test. Pat received the responses and cancelled the tests. This increased customer satisfaction and allowed us to reallocate staff while also reducing wasted time through untaken tests,” says Nessa.

With these automations, Pat has processed 34,000 web form requests and more than 21,000 email requests, resulting in additional capacity across various query-handling teams. But Pat wasn’t alone. In total, over the course of 2020, when the pandemic caused many operational challenges, there were 12 robots deployed throughout the RSA. At one point, 10 bots were deployed to extend 450,000 commercial vehicle roadworthiness testing certificates. It couldn’t have achieved this manually.

Previously, there had been six people working on the job, but Pat (Process Automation Tool) took about 80 percent of this repetitive task from them. A member of staff would normally take 10 minutes per cancellation. The robot could do 200 in half an hour.

There’s certainly no lack of ideas for robots. “The operational excellence team now has a priority list of 27 automation requests,” says Denise Barry, Director of Strategy, Policy, and Technology. “We’ve shown what can be done. Staff members across the RSA have played a key role in this and are very open to how RPA can help,” she adds. “The bots are in high demand.” In fact, the team introduced a web form on the RSA intranet and requests for automations came flooding in.

“Most of the requests are for processes on our legacy systems,” explains Nessa. One is for gaining clearance to become a driving instructor. Another is for issuing a certificate of professional competence. “All these processes are based on old systems that don’t integrate. That means staff must move information from one place to another. Robots are the perfect solution.”

Bringing staff on the journey

But getting to this stage didn’t happen overnight. The RSA leadership team was keen to ensure staff knew that the bots were being introduced to improve capacity and would benefit staff.

“Implementing RPA is a reflection of teamwork across the organization. Our process improvement forums led the way, with staff in business units being trained and supported by our change facilitators. We also created videos of Pat so everybody could see how he works,” adds Denise. 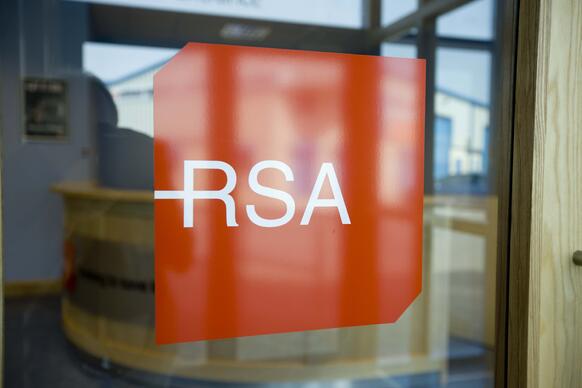 “Acceptance from staff is key,” says Nessa. “People may have been worried about robots taking their jobs, but once they saw how Pat could help, they felt like he was just another colleague.”

Feedback from staff has been overwhelmingly positive. “People were amazed that a robot could do the type of tasks they were used to,” adds Nessa. “Some of our people have worked here for years and know the systems inside out—including all their quirks and idiosyncrasies. They never thought a robot could be trained to deal with all that. When 80 percent of some tasks were automated, they were stunned.”

The impact has been felt throughout the organization. In the region of 2,500 days have been saved with robots taking on 36 tasks since Pat was introduced. “As a public sector organization, we can’t waste resources,” says Denise. “RPA allows us to make sure people can focus on our main strategic goals rather than wasting time on admin.”

Some of our people have worked here for years and know the systems inside out—including all their quirks and idiosyncrasies. They never thought a robot could be trained to deal with all that. When 80 percent of some tasks were automated, they were stunned.

This has helped create new career opportunities and job mobility for staff. “By automating processes, we can really get to grips with the more important tasks,” says Denise. “It allows us to become a data-driven business while offering more varied work to employees.”

As the RSA’s automation journey continues, the aim is to become more strategic than ever. Rather than focusing on single processes, the team wants to embed RPA throughout the organization so it becomes second nature.

In Denise’s words, “RPA is more than just a technology. It’s about being able to work alongside digital co-workers that are here to help, not replace us. They make life easier and more rewarding while helping us meet our aims. As a result, we can all work smarter and harder with the support of robots. It’s fantastic that a leading public sector organization is at the forefront of this in Ireland. 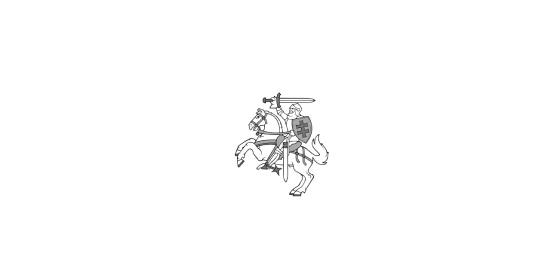 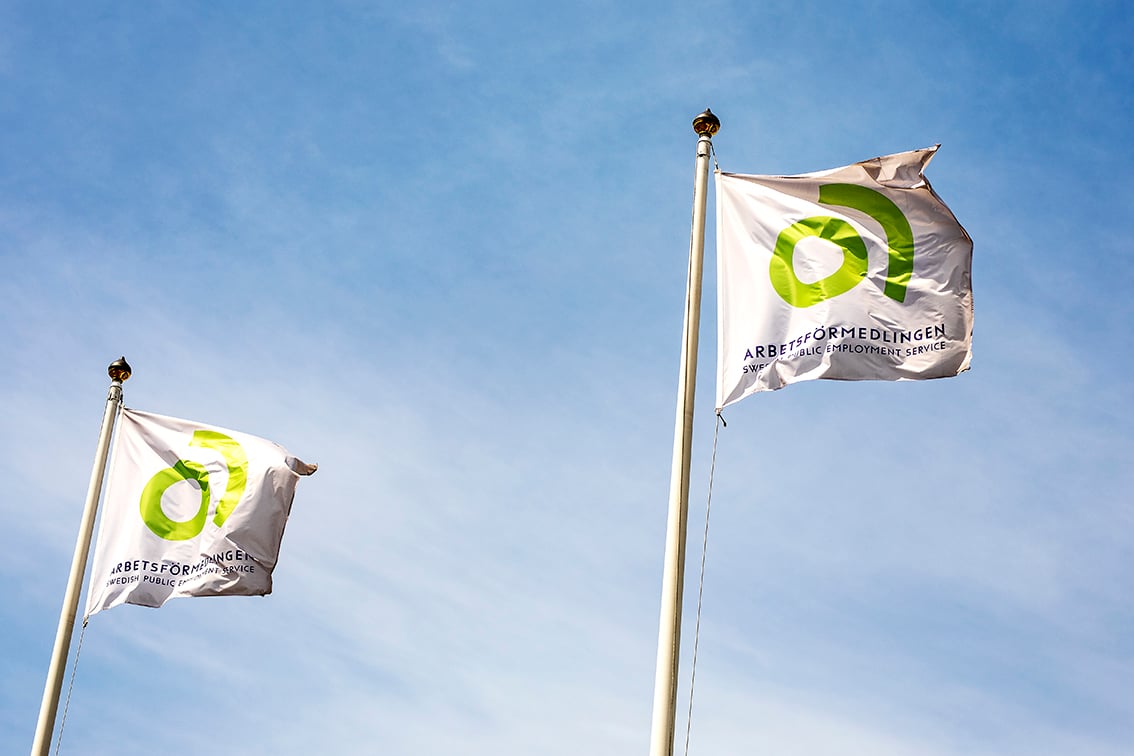 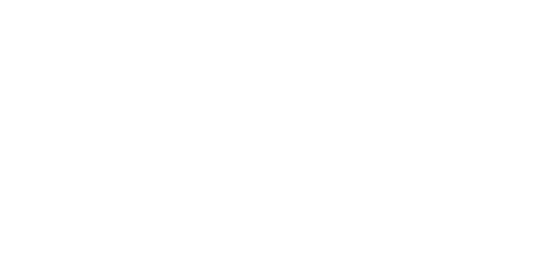