Throughout 2014, there was considerable discussion around the potential of robotic process automation (RPA) to transform business operations through significant savings and process efficiencies. Perhaps inevitably, these discussions ignited speculation as to what, if any, impact this emerging technology would have on BPO service providers. Some thought it would be game-changing while others viewed the technology more skeptically and waited to see more in the way of concrete results backing up savings and productivity claims. Now, in the latter stages of 2015, a comprehensive report from Mindfields has decisively settled the BPO speculation: robotic software will dramatically change the BPO business model and its future.

What Changed over the Last Year – and Why?

The biggest change since 2014 can be described in one work – action. BPO service providers aren’t just talking about this 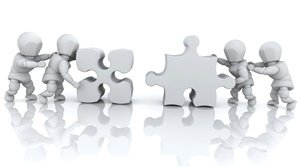 technology; the majority of them are acting on it. According to the Mindfields report, 90% of surveyed service providers intend to invest in robotic technology during the upcoming year and 64% of them have already partnered with robotic vendors to accelerate their positioning in this niche. This means a critical mass of BPO service providers have voted in favor of robotic automation, ending speculation and setting the stage for widespread adoption and deployment.

There are several reasons why this seismic change has taken place but perhaps the two most important ones have to do as much with a fundamental BPO weakness as they do with RPA’s strengths.

Outsourcing’s Linear Business Model: the rapid growth of the global outsourcing industry masked a fundamental weakness in the business model – it was linear. The practical consequence of a linear business model was that, with both pricing and growth based on FTE’s, there were few economies of scale. In fact, high attrition rates created negative economies of scales when major Indian outsourcing providers found themselves with a 35,000 FTE bench within a total FTE count of 140,000+.

Vanishing Account Margins: to take an outsourcing contract away from an incumbent provider requires offering a minimum 30% savings over the contract term. For the incumbent, winning a renewal requires offering at least 25% savings over the contract term. The looming challenge for any winner is in the fact savings have already been pulled out of operations during the previous contract term – so, where will new savings be found? In the early outsourcing days a mix of new or expanded contracts could be relied upon to bolster weaker margins in mature accounts, but those days are gone.

To further complicate matters, finding new ways to save the customer 25%-30% in operating costs isn’t enough – the service provider has to also achieve an internal operating margin of 20%-25% from the account to satisfy shareholders. This means the true challenge is actually in the range of finding 45%-55% savings – in the face of rising wages and other expenses.

As one of the three types of global outsourcing (the others being application and infrastructure services), BPO shares in these two significant business model conundrums.  It’s not hard to imagine how the interest of management grew during 2015 when robotic automation showed that its claims of tremendous savings and high scalability were genuine.

The Outlook for Opportunity & Disruption

Certainly robotic software represents a significant opportunity for business process outsourcing service providers. A principal reason is the technology’s capability to scale dramatically while simultaneously effecting sizeable cost reductions. As discussed earlier, these considerable strengths represent direct answers to deep weaknesses in the outsourcing operating model. However, there are other factors which magnify the opportunity for service providers.

Well Suited Skill Sets: while service providers are aggressively partnering with RPA vendors to quickly incorporate robotic software into solutions, the technology is based on widespread languages such as .Net. This means service providers have deep pools of talent that can scale and master the development of the automation scripts run by robots.

Process Optimization Skills: in order to generate customer savings and its own operating margins, service providers learned long ago to turn process expertise into process optimization. By eliminating process inefficiencies – then fully automating the optimized workflows – service providers will be able to release the full savings and scalability potential of robotic software.

Shared Services Model: leading RPA software products emphasize repeatable development techniques, standardization, software reusability, and versioned modifications – all of which are very conducive to the shared services model.  Global delivery centers are patterned after the shared services model: with skills; resources; practices and methodologies spread across multiple customer teams to maximize efficiencies and utilization. Accordingly, delivery centers will present few obstacles and many advantages to the adoption of this new technology.

Of course, radically changing the service provider business model is about a disruptive an action as can be imagined. This is particularly true in the following areas:

Pricing: suddenly a relatively simple process (rate card + markup; savings levers; future state staffing model; risks & contingencies, etc.) becomes quite complicated. How is a nonlinear solution priced? Will it be by outcome – perhaps transaction?  How does that translate into contractual language?

Staffing: while architecting a global staffing model was always more complicated than pricing, now it becomes even more so. How will teams be structured to incorporate robots in the most efficient manner? Certainly highly automated processes will require small teams: managers for work orchestration; business analysts for exception handling; senior analysts/developers for ongoing robot configurations and enhancements.

How will the size of teams shift from initial contract years to back-end years? Where will the teams be located? When high volumes of automated processes leverage large numbers of robots, aggregated savings will minimize the cost differential between onsite and offshore staffing – which could open up entirely new opportunities for high value, client-facing roles.

Risks & Contingencies: service providers do not have the luxury of running pilots and applying lessons learned. Instead, after a roughly ninety day RFP response period, they bind themselves contractually to a price, a term and service levels. How will they evaluate relatively high level RFP documentation and translate it into a multi-year automation strategy and tactical delivery model? Every informational or methodological “hole” will have to offset with contingencies and risk mitigation, but how will that exercise account for the unknowns of a new technology?

Existing accounts: how will service providers address new savings opportunities in accounts covered by existing contracts? Those contracts will almost certainly lack any reference to robotic technology – creating the possibility for highly speculative and disruptive circumstances. For example, a services provider may realize an existing contract can be fulfilled with 40% less FTE’s. Absent any contractual requirements, will it cut staffing and pocket the large upswing in profitability? Will the customer expect a good faith re-opening of the contract?

What Could Go Wrong?

It would be a mistake for service providers to embrace robotic software without thinking about what could go seriously wrong as they change – transform might be a better word – the way they do business. Of course, even as such risks are weighted, they have little choice but to continue down the robotic process automation path. In fact, there is one characteristic of the new services provider business model that appears to have the potential for inflicting serious harm upon the BPO industry.

Previously, the global delivery model protected service operations from any replicative move by its customer base. Yes, a company could set up a captive offshore operations center to capture all the global delivery benefits for itself. But that was a difficult move for most companies and the potential gain rarely justified the investment and associated risks.

RPA is very different. The technology is accessible and vendors and/or third party advisors are willing and able to support the creation of onsite shared services teams to establish internal capabilities for customer robotic process automation. Unlike establishing an offshore captive, deploying a shared services team is well within the capability of any major services provider customer.

Service providers have to ask themselves how long their customers will allow them to keep half of all the savings this technology will produce. Customers will likely be content to leave money on the table while robotic automation proves itself beyond all doubt. After that point, services providers will need to develop a more compelling value proposition to keep customers from bringing process automation in-house.