One strong indicator that an emerging technology has potential to break out into enterprise-wide uses is when it can address developing, mainstream, business priorities. Robotic process automation (RPA) provided just such an indicator this past week for a new twist on a business priority as mainstream as it gets - annual budgeting. 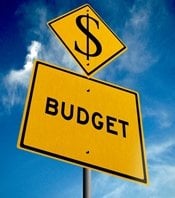 Depending on the amount of gray in their hair, readers of the 3/26/15 Wall Street Journal (WSJ) article on 3G Capital Partners LP’s $49 billion deal to acquire Kraft Foods Group either recalled old memories, or learned a new business term: zero-based budgeting.

As the WSJ article explained, “zero-based budgeting requires managers to plan each year’s budget as if no money existed the previous year, rather than using the typical method of adjusting prior-year spending. That forces them to justify the costs and benefits of each dollar every 12 months.”

In the case of 3G Capital Partners, the Brazilian private-equity firm has rekindled interest in zero-based budgeting by enforcing its discipline on prior acquisitions (down to the level of scrutinizing photocopy practices) and getting big payoffs through higher margins. One side effect, the WSJ article points out, is that “zero-based budgeting is a symbol of the new reality for U.S. business”.

Assuming that’s true, what does the imminent arrival of zero-based budgeting mean for those of us uninvolved with mega-billion acquisition deals?

Beyond the practicalities of making August and September workloads heavier for those with P&L budget responsibilities, the advent of zero-based budgeting means an annual re-evaluation of every operational aspect of your company: including your job.  Which isn’t the same as meaning you should be worried, as long as you’re comfortable justifying payroll and operating expenses within your authority, or feel comfortable how your boss is able to justify you.

Bringing value to the table isn’t a new concept for anyone, but zero-based budgeting does mean the bean-counters could be more aggressive. Fortunately, robotic process automation (RPA) provides another means by which to be equally aggressive from the value perspective.

Software robots have been in the business world for some time, though their initial uses for activities such as stock trading or software testing gave them a low profile.  The introduction of software robots for IT processes, particularly in data center operations or incident management, contributed to a greater general awareness of their capabilities and value. Now, with the emergence of software robots for business process automation, the business world is starting to understand just how valuable robotic process automation can be.

This growing awareness will only accelerate with the movement toward zero-based budgeting. Why?  Because common denominator RPA capabilities align with a core goal of zero-based budgeting: elimination of unjustifiable expenses.  Granted, that does beg the question, “what budget system doesn’t have the goal of eliminating unjustifiable expenses?”, and its one I’ll answer by way of an example.

We know that common denominator RPA capabilities include:

Take the example of Ben, one of forty-five agent service representatives for New Gotham Life. As part of Ben’s responsibilities for the onboarding process of new agents, he imports their CSV files into the company’s CRM system.  Ben’s learned to expect about a 12% failure rate for data validation, causing him to spend around six hours each week bringing the agent’s CSV data into conformance.

Going back to the question of “what system doesn’t have the goal of eliminating unjustifiable expenses”, the example shows how many expenses can be both unjustifiable but still necessary. In a traditional top-down budgeting exercise, Brian’s expense and role (certainly specific activities) wouldn’t be questioned – it’s definitely necessary. However, In a zero-based budgeting exercise, unjustifiable areas of his work would be questioned, passing muster only if no other viable option could be found.

This example illustrates why robotic capabilities align so well with the goals of zero-based budgeting, and why the increased use of that budget approach will accelerate the adoption of this emerging technology across industries.  Process robotics enables companies to go beneath the role level, down to discrete activities, to define and eliminate unjustifiable expenses.

In Brian’s case, the software will quickly “learn” the myriad of possible ways data validations can be addressed, rules and logic for applying that “knowledge” and criteria for throwing exceptions that require human judgement. Within weeks, Brian will find he’s spending less than an hour per week on data validation issues.

There’s more than one possible outcome and value in this example. One would be a hard value, quantified by applying Brian’s savings of five hours across the other forty four representatives: two hundred and twenty hours – the equivalent 5 ½ representatives who could be released. The other, softer value would be the ability to direct the roles and responsibilities of 5 ½ representatives toward achieving higher growth.  In either case, this emerging technology plays a role - just as the representative’s talent and knowledge plays a role.