Editor's note: for an updated look at how RPA is impacting outsourcing, be sure to also check out Will Technology Replace Your Offshore Outsourcing Vendors—or Reboot Them?.

If there’s one area of business disrupted by robotic process automation (RPA), it’s outsourcing.  Websites devoted to the topic of business process outsourcing (BPO) are filled with discussion of RPA. And with good reason.  RPA is itself a type of outsourcing, but instead of outsourcing to a human being in another country, you’re outsourcing work to a software robot.

RPA also threatens a lot of existing BPO relationships because of its efficiency and increased usability.  In other words, it’s making pretty big waves. 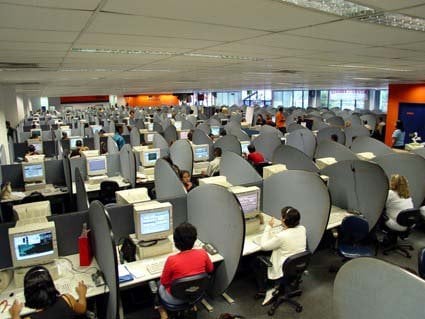 There are certainly BPO relationships that could be unaffected by RPA – after all, robots are currently best suited for rule-based, repetitive work – but that’s hardly a free pass for BPO providers.  For example, even if a company wants to retain its contract for outsourced customer service, they may switch to RPA for the majority of IT processes.  Many analysts have predicted a steady decline in traditional outsourcing relationships for the coming years if service providers don’t innovate.

This has led to a shift in the conversation.  Instead of “RPA spells disaster for BPO providers,” the headlines are more like “RPA is changing the very nature of outsourcing.”  Frank Casale, founder and CEO of The Institute of Robotic Process Automation, recently published an essay that expounded on what he called “ShiBLA” – Shift Beyond Labor Arbitrage.  For a long time now, more work has meant more people needed.  Even if the work was outsourced, an increase in work meant an increase in workers to get the job done.  That’s not necessarily the equation with RPA.

Especially when it comes to menial "swivel-chair” work like copying and pasting, RPA can handle more transactions per hour without mistakes and without stopping.  Most importantly, we have to keep in mind that even though we talk about these robots as though they take up physical space or act like a human, they are in fact very sophisticated computer programs with processing potential that is beyond human capability.  Breaking from the old one-to-one labor arbitrage model will allow CIOs to really make the most of RPA with new systems.

According to a survey performed earlier this year by the analyst blog Horses for Sources, almost half of respondents currently have a traditional labor arbitrage BPO relationship, yet the same number want to see a transformation to this model of outsourcing within the next two years.  Simply put, if a BPO provider is embracing the benefits of RPA or other transformative technology in the next year, they’re going to have plenty of business.  Providers who refuse to innovate may find themselves in the dust.

RPA can help BPO providers get up to speed and offer great new services to their existing clients.  Traditional outsourcing won’t disappear overnight, but RPA can take those relationships to a new level today.

Find out how your peers are transforming procurement with RPA.

Only have a minute to spare? That's all the time you need to quickly see the RPA benefits for procurement. Take a quick look at the infographic.