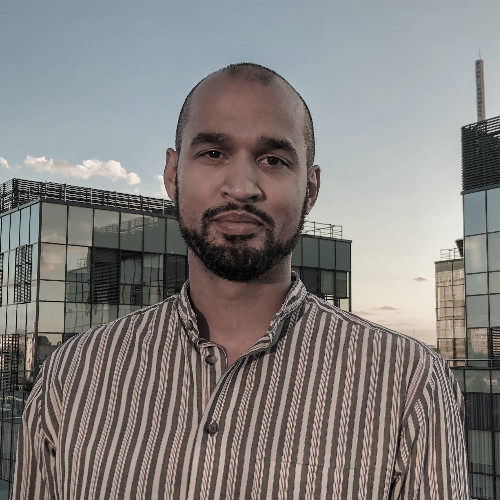 As the COO of Facebook and Twitter CEO testified last week before the US Congress, one of the salient themes that emerged was the role the companies were taking to protect against cyber aggression on their platforms. What measures are these companies taking to protect its users against software applications (characterized as “bots” by Twitter’s Jack Dorsey) that could be maliciously designed to influence the US society, especially during times of election? Not even before the week's end, a similar conversation emerged on the other side of the Atlantic. “Bots” were again involved in spreading fake news and manipulating social discussion, this time in the 2018 Swedish general elections. While some news-gripping automation technologies tend to remain in the headlines, tech followers can attest to the frequently appearing, far-reaching, and ever-growing role that automation, artificial intelligence (AI), and other technologies are having on our society; and they’re not all bad either!

Let’s step back and think about how innovations change culture more broadly. The tools we create to help us do our work better or to be more efficient can have both small and large impacts on our society; intended and unintended ones. There’s one particular technological invention that you can draw on as a model of how to think about the vast effects of technology on human culture: the printing press.

The printing press can be considered one of the most impactful technologies in our modern society. Historians highlight its role in the reformation, the renaissance, and the scientific revolution. Johannes Gutenberg discovered an opportunity to improve efficiency in copying text and created a spark. The capability to disseminate text encouraged sharing of ideas and participation in dialogue that weakened the power of the Catholic church and encouraged the pursuit of science and reason. Increased literacy and communication because of printing technology paved the way for the Enlightenment.

Cognitive Psychologist Steven Pinker has argued that embracing reason, science and humanism (principles of the enlightenment) has given humanity the progress it enjoys today. Pinker describes that we live in a world with fewer war, less illiteracy, fewer deaths by starvation, and greater freedoms because humans have embraced the principles of enlightenment. Of course, he’s reflecting on global trends taking place 500 years after the invention of the printing press and 200 years after the enlightenment era. But maybe this is the way we truly can see the effects a technology has on a culture; from a distance.

How is automation changing human culture?

Come back to the 21st century, and imagine you’re standing in front of a mural painted across a giant wall in a sunny and spacious park. Your nose is almost touching the wall. You can smell the cement, but your proximity to the mural is obstructing your ability to see the whole image. On top of that, the images on the wall are constantly moving and developing. This is similar to trying to imagine the impact of automation and AI on our culture. You have a picture that is constantly evolving as the technology develops. Though it may be difficult for you to see the whole picture clearly there are a few images that you can distinguish.

Robotic Process Automation (RPA) is the technology that allows anyone today to configure computer software, or a “robot” to emulate and integrate the actions of a human interacting within digital systems to execute a business process. By robots we’re not talking about the physical robot — don’t think Rosie from The Jetsons’ — rather software robots that can automate repetitive rules-based tasks typically performed by humans. The underlying concept is that having RPA software assist individuals in the workforce, employees can perform more value-added work and more analytical tasks. Using RPA as a tool to enhance the workforce began in the business sector, but its scope is broad. To see how the technology is playing out today, I want to take a look at two examples.

Whether you agree with the value of home ownership or not, I think it’s safe to say that in the United States owning a home has long been associated with achieving the American dream. The standard American dream that at least my generation grew up with entailed a university education, a solid job after graduation, and of course home ownership. For most US citizens, access to home ownership is achieved through taking out a mortgage (or home loan). In fact, roughly 64% of American homeowners have a mortgage. Because a mortgage is so essential to achieving the American dream and the middle-class dream around the world, I wanted to examine the way an RPA implementation improved the home loan process for one major mutual savings bank.

One of the regular functions of the bank in mention was providing home loans for qualified applicants. A major step in the processes is the verification step. The verification process for determining qualified applicants usually entails a bank employee verifying the applicants’ income, assets, employment history/status, and her/his credit record. For the bank in mention the process meant employees going to different web portals, reviewing a variety of documents, and collecting all the necessary information into one single file. Putting yourself in the shoes of employees doing such investigative work, you can imagine how the collection and filing of all the particular data represented a tedious task. Through working together with UiPath, the bank was able to create an automated assistant that could collect and assemble the same data for bank employees to verify the individual applying for a home loan.

Developers programmed the Robot to quickly open the various web portals used in the process, to verify the information. The RPA assistant could then email the bank employee who had requested the documents with the information collated into one form. This means that the employees involved in the process could review the information sent by the robot in an email and decide whether to move on with the home loan application process. The bank saved in total 20 hours of work per week and perhaps more importantly they shortened the client response time. This means a loan applicant will know faster whether she/he can get a home loan. The ability of RPA to expedite the verification step in the home loan process means quicker access for qualified folks to achieving their homeownership dreams.

Related read: Finding Your RPA Use Cases: 3 Ways Unattended Robots Can Do It Better (Part 1)

In an interview with the Municipal Chief Executive of Trelleborg Municipality Fredrik Geijer explained that the city — consisting currently of approximately 44,000 citizens — was expecting a population increase. The challenge was figuring out how the local government could meet the demand of taking care of its citizens with a limited budget and workforce. The municipality determined which administrative actions could be handed over to robots with the objective of being able to spend more time and provide better quality care for the citizens. The organization pinpointed over 6,500 transactions, and they automated them using UiPath Robots between the Spring and Fall of 2017.

According to Mr. Geijer, the implementation of UiPath Robots in the municipality managed to open up new opportunities for municipality workers, which were coupled by less administrative costs. Additionally, automation resulted administrative time savings of no less than 79% in the Social Services department and 95% in the Labor Market department.

What do these examples tell us about automation and cultural change?

It can be hard to compare now the implementation of robots in the workforce with the creation of printed work. But if you look at what business process automation technology is doing as a whole and across the multitude of domains you can start to see the broad sweeping impact that the technology is having already on our culture.

Automation technology is developing rapidly and new applications for it seem to be appearing daily. We know it’s changing the way we do work and pushing the envelope in many different facets of life. In terms of RPA specifically, the market for the technology has been predicted to grow as well, as increasingly more industries seek to cut costs, improve efficiency, and to optimize their workforce. One of the leading American Technology Research companies, Forrester, predicted in their 2017 report, that the RPA market will grow from $250 million in 2016 to $2.9 billion in 2021. It will likely be higher.

Nonetheless, to understand the scope of its impact on culture, we may need to wait a bit. Taking a step back from that wall mural in the park will be the only way that we can see the bigger picture. Economists and sociologists may be able to look at the impact of particular segments of society.

Similarly, the latest news provides incremental insights into what events are happening right now, providing some sense of the direction we’re heading in. But for a true understanding of how automation is changing human culture we need the historical perspective.

Just like Pinker looked back at larger trends that have spanned centuries in order to draw conclusions of how embracing the principles of the enlightenment have led to greater human welfare, a historic perspective will help us better grasp the picture of the effects of automation.

For the time being, businesses will keep striving to improve their products, using newly emerging automation and AI technological initiatives. RPA will be a go-to solution for a growing range of industries who need to enhance their activities, and perhaps 20 years down the road, we might start to get a better idea of how the technologies have changed our culture.

Want to learn more? Find out how savvy organizations are using RPA to thrive.

Seven Reasons You Should be at FORWARD IV