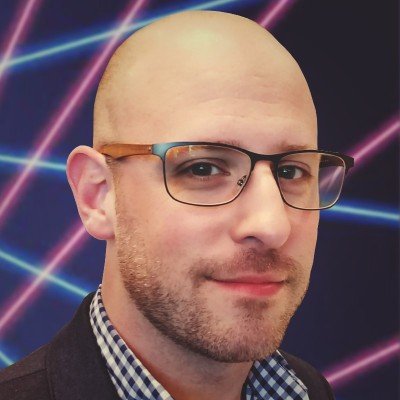 Editor's note: This post was published in June 2019. To learn how healthcare organizations are using automation during the 2019 novel coronavirus (COVID-19) pandemic check out these examples. There's also still time to register for our healthcare webinar series.

The healthcare industry is running out of capacity.

The World Health Organization (WHO) reports that there are 2.5 healthcare practitioners to every 1000 patients in the United States. By 2030, according to an Association of American Medical Colleges report, the United States could suffer a shortage of up to 120,000 physicians.

The technology that promised to alleviate this problem hasn’t come through.

Ten years and $36 billion after a major digitization effort, the healthcare industry remains stuck with an abundance of tools and doctors remain stuck spending almost half their time on data entry.

Physicians are tired of repetitive manual labor, but they're also tired of the technology that's supposed to fix it. Isolated, disconnected tools haven't lived up to their potential, and this disappointing experience has led people to believe in myths about what's possible.

Products with ambitious pitches often end up adding to the endless list of tasks that monopolize a physician's day. Most of these tasks, however, are perfect use cases for Robotic Process Automation (RPA). Filling out reports, entering data, verifying records—these are all repetitive tasks that software robots can do better and faster.

Automation could alleviate a lot of manual labor, but myths about RPA dissuade many healthcare professionals from even exploring it. Automation in healthcare still has a lot of potential, but healthcare providers need to let go of their assumptions and focus on the automation solutions that await to fix healthcare practitioners’ everyday tasks.

Don't get me wrong — the healthcare industry has plenty of technology. If you talk to healthcare providers, you'll actually find that technology is one of their biggest annoyances. Healthcare providers are, on the whole, some of the biggest purchasers of new technology, but they remain far behind other industries in terms of execution and integration.

Healthcare providers have actually been investing in efficiency and productivity technologies for decades. Screen scraping and extract, transform, load (ETL) tools promised faster, easier ways to coordinate and move data. Sunk costs in these kinds of technologies leads many to suspect RPA is little more than a modern coat of paint.

In reality, my discussions with healthcare providers tend to start with surprise over what's available now. Many haven't adopted RPA because of years-old deficiencies that have since become prime features. I come across a lot of providers, for instance, who assume that RPA is just a prettier version of screen scraping. Basic screen scraping debuted over a decade ago and RPA has long since evolved past its limited functionality.

The selectors, AI Computer Vision, and other artificial intelligence (AI) capabilities in the UiPath Enterprise RPA Platform are much more accurate than traditional screen scraping. AI Computer Vision can detect screen elements with a precision that matches the human eye. The data output from RPA is also of a much higher quality than previous screen scraping technologies could produce. UiPath screen scraping delivers 100% accuracy within 16 milliseconds. This is a far cry from traditional optical character recognition (OCR), which was known for its fragility and inaccuracy.

RPA isn't just a dressed-up version of something you've already seen before. Without understanding this myth, it's easy to assume a new investment will only burn you again.

As exciting as AI is, I find a lot of people distracted by its potential. Many providers are waiting for the next paradigm shift without realizing that if they're not on the current paradigm, it's going to be hard to make the leap.

The truth is, AI won't be able to sweep in and solve all of your problems.

Consider this Henry J Kaiser Family Foundation (KFF) study, which showed that 40% of patients with electronic health records (EHRs) reported concerns about accuracy, and 21% reported that they or a family member have noticed an error in their records. Before we even think about AI, we need to think about building processes that ensure data integrity.

Processes are the foundation for automation

If your processes aren't optimized, there's no technology you can put on top of the processes that won't cause the stack to collapse.

For the foreseeable future, specialized companies are going to be developing a multitude of AI applications limited to specific use cases. If you look at the Gartner Research Hype Cycle for AI, for instance, RPA is followed by a variety of automation technologies, including machine learning (ML), smart robots, and natural language processing (NLP).

AI and automation aren’t going to be delivered by one technology or one company; they’re going to come from different systems working in concert.

Some providers assume the smarter investment would be to wait for a fully integrated health system. The reality is that a technological revolution at that scale would take years.

We should, of course, strive for a unilateral view of patient records and a democratized heath data platform. The threat of a physician shortage and its consequences on the patient experience, however, make waiting irresponsible.

With RPA, you can add a digital workforce that will provide material outcomes now. RPA isn’t a bandaid that stems capacity problem temporarily—it’s the bridge between the previous healthcare technology era and the next.

Unlike the technology before it, RPA offers the chance to transform processes, rather than merely patch them up.

RPA is the ideal solution to enable integration and transformation between old technology and new processes. With the UiPath Enterprise RPA Platform, you can include AI modules as necessary and coordinate multiple automations in one location. From there, you can launch them as needed with an intuitive graphical user interface (GUI).

The overriding goal for automation in healthcare, and any industry, is to build ecosystems without isolated components. RPA is the key to building a democratized ecosystem that provides transformation now and later.

Technology is going to keep evolving, and an adaptable infrastructure that enables simple implementation and management is going to be essential if you want to stay cutting-edge.

One of the most widespread myths I've come across is the idea that healthcare providers already have automation and don't need anything else.

In reality, the automation tools currently in action tend to be project- and task-based, rather than system-based. Most of these automation tools were built by busy developers as one-off, canned solutions to immediate problems.

That might mean you have dozens of disparate automation tools that usually work well on their own. Until they don't. These tools often need regular rebuilding, and a general air of distrust frequently forms around their results. If the process changes, your investment in that tool might be lost entirely.

The truth is that a prime culprit of healthcare inefficiency is change management. Too many tools, introduced all at once at varying levels, have made it a struggle to manage the effects of each change. Part of this problem is a talent mismatch. Healthcare providers often hire either smart data scientists who don’t have deployment experience or people with experience deploying new technologies but limited data science knowledge.

If you look at Damo Consulting's 2019 Healthcare IT Demand Survey, the challenge isn't having enough tools. 79% of healthcare executives are reporting that data silos and a lack of interoperability are actually their biggest problems. Poor deployments leave isolated tools with limited datasets and functions, resulting in outcomes that don’t inspire confidence.

What I often see now are nurses switching back and forth among multiple tools. They'll put together a medical history report, feed it into an AI tool, and then retype the results in an EHR. A manual process with some automated steps doesn’t amount to automation. When you introduce troubleshooting, training, and bugs, these unlinked software tools can start to feel like barriers instead of advantages.

The problem here is that canned technologies aren't interoperable. This means that the processes between technologies are most likely going to remain time-intensive and manual.

The key advantage to an RPA platform like UiPath is that it offers a holistic solution. You can make previous tools interoperable, and at the same time, lay the groundwork for incorporating new technology solutions. With UiPath, you can build hundreds of Robots and never lose the cost of a license.

A 2018 study from the Physicians Foundation and Merritt Hawkins found that 79% of physicians find most of their job satisfaction comes from patient relationships. That's not surprising. However, the same study showed that 78% of physicians have experienced burnout. Causality is hard to trace, but if you consider that clinicians currently spend more than half of their workdays with records instead of patients, you can assume a preponderance of unfulfilling work plays a role.

There are many software products available and already in place. If you look critically at the problems healthcare providers face across the industry, however, you'll find that these problems persist.

Paper was, at one point, a solution to a physician's fallible memory. EHRs, among a multitude of other healthcare technologies, arose to better address that problem. Just because a solution is present, doesn't mean the problem is solved. Don't let myths get in the way of further progress.

Platforms like UiPath are transformative because they don't add tasks—they eliminate them. Reducing manual overhead cuts down physician fatigue and gives you the space to improve the patient experience.

Jason Warrelmann is the Global Director of Healthcare and Life Sciences at UiPath.

How BPO Leaders Can Use Automation to Improve Market Share