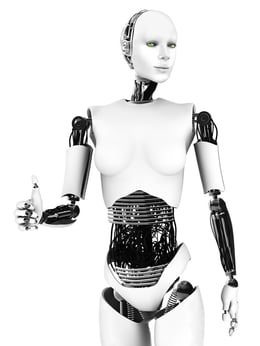 When it comes to robotic process automation, it’s sometimes hard to see the forest for the trees. Literature and discussions about RPA more often than not focus on how it’s drastically transforming a multitude of industries and revolutionizing the way human beings do their jobs. But what’s perhaps most intriguing about RPA are the statistics behind the rise and proliferation of this technology, which can provide valuable insight into how RPA is impacting the world - insight far beyond the speculation and dissection of this technology found in articles and whitepapers.

For example, according to The National Association of Software and Services Companies (NASSCOM), RPA implementation can provide companies with a “cost reduction of 35-65 per cent for onshore process operations and 10-30 per cent in offshore delivery…[and] an investment recovery period as short as 6-9 months...”

That’s a pretty staggering figure in terms of managing costs, but also in terms of driving overall business goals relative to budgets, resource allocation, and ROI. With a closer look at statistics like these, we can begin to see how RPA is able to serve as a value proposition for organizations looking to operate as efficiently as possible. To get a better grasp of the impact of the technology, let’s consider some of the most compelling figures surrounding RPA, as well as what these numbers mean for the technology and those companies that implement it — now and in the near future.

1). McKinsey & Company, a leading management consulting provider, suggests that up to “45 percent of the activities individuals are paid to perform can be automated by adapting currently demonstrated technologies.”

RPA is used in order to automate tedious and repetitive business activities, such as data migration, copy-paste tasks, and order processing. Through automation, these processes are completed quickly and accurately via software robots. Employees are relieved from the burden of having to complete such time-consuming tasks and can instead focus on activities, such as marketing and customer interactions, that have positive and long-lasting impacts on the success of the business. If nearly half of an employee’s work is automated, it’s not too hard to imagine the value proposition for a company at-large.

2). According to the Institute for Robotic Process Automation, an RPA software robot costs about one-third the price of an offshore full-time employee (FTE) and one one-fifth the price of an onshore worker.

A large driver in the success of a business is a reduction in operational costs, and RPA is a technology that generates significant costs savings in that arena. In today’s global and interconnected business climate, companies have considerable costs associated with both onshore and offshore employees. This statistic shows RPA can be a cost-effective option for companies that manage all their activities and employees themselves as well as those that make use of offshore workers through BPO service providers. Because of the low costs associated with RPA and its implementation, RPA can help companies reduce their expenditures associated with labor and quickly reach a robust ROI.

3). According to Deloitte, an RPA software robot is capable of performing a list of more than 600 actions in a given sequence.

Yes, RPA is able to mimic the simplest of human actions - even something as simple just a single click. Yet at the same time, RPA is able to complete more complicated and elaborate tasks such as issuing an invoice or emailing a customer. Complex workflows — even those containing 600 steps — can be arranged in an intuitive manner by connecting actions with RPA’s graphical interface. Because of this capacity to reduce the complexity of actions in a given sequence, RPA provides companies the flexibility to direct the software robots to address and resolve the intricacies of complicated processes.

4). Based on a recent report by Transparency Market Research, RPA is expected to see a compounded annual growth rate of about 60.5 percent worldwide through 2020.

This statistic reveals RPA has the potential to deliver exceptional transformation within just four years. While implementation has initially been focused in North America and Europe, an expansion to Asia Pacific is expected as the RPA services market continues to grow in India. One of the biggest contributing factors to this growth is linked to the deployment of RPA by BPOs on behalf of their own customers as well as a growing number of applications within the IT industry, such as incident management and monitoring.  The spread of RPA within the emerging markets of India and the Pacific has the potential to foster greater global adoption of the technology, which could result in a more robust worldwide economy.

5). Another report by McKinsey & Company predicts the additional labor productivity of RPA is expected to be equivalent to the output of between 110 million and 140 million workers.

Not only is the adoption of RPA increasing, it’s expected to have massive economic influence. In addition to creating more jobs, the technology will have a potential economic impact of between $5.2 billion and $6.7 trillion by 2025. Out of the various disruptive technologies analyzed in the McKinsey & Company report, the automation market is predicted to be the second most impactful just behind the growth of mobile internet and wireless technologies. Based on these figures, it’s clear RPA is set to remain one of the superior tech platforms and have a favorable effect on the economy through its increasing adoption.

As the old saying goes, numbers don’t lie, and the world of RPA is filled with many statistics that help illuminate just how influential RPA is and will continue to be in the coming years. These metrics also support on-going discussions across many industries that RPA is a disruptive technological platform that cannot be ignored, but should warrant serious consideration for companies looking to streamline processes, increase productivity, and enhance growth. But these figures also reveal RPA as a solution primed to fundamentally transform the way companies and employees approach their operational processes, achieve their business goals, and conduct themselves within a fast-paced, global economy.