This past weekend, I had dinner with a friend who’s an IT manager in a large U.S. regional healthcare company.  At one point in the conversation, he stopped an 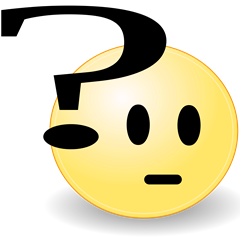 d said, “Let me ask you something before I forget.” He described an issue involving file updates across several systems and the consulting team coming in to populate data. “You don’t even want to know their hourly rate, but it’s got to get done. Isn’t this something your automation technology can do?” My friend was right - robotic process automation (RPA) is a better solution than an expensive consulting team. The conversation also made me ponder this question:  since the technology is excellent, why isn’t it showing up everywhere?

One of the best ways for technology to drive adoption and expand its customer base is by developing partnerships and alliances. For example, SAP doesn’t simply license technology or cloud-based services; it also works with a large network of system integrators and consultants who have a vested interest in SAP growth.  Accenture and Capgemini – and many of their competitors - have large global practices for this technology, and it’s profitable for them when their customers spend money on SAP deployments, customizations and upgrades.

Robotic process automation’s key benefits - low investment cost, non-disruptive system integration, and rapid implementation - are very attractive to customers.  However, those benefits are not highly conductive to lucrative business models for potential partners and alliances. In my friend’s situation, the money spent on the consulting team is almost certain to be more than the cost of automating that manual work.  It’s unlikely the consulting firm would be keen to cannibalize similar engagements by starting a new robotic automation practice. Therefore, the technology didn’t have an ally making its case to my friend’s IT department; instead the consulting firm was its competitor.

This isn’t to say robotic software doesn’t have any friends.   A September 2015 Mindfields report states, “More than 90% of BPO service providers surveyed confirmed their commitment to invest in RPA technologies”.  Just last month UiPath entered into a three year partnership with Capgemini. These relationships are significant and will fuel growth but only within the world of outsourcing service providers.  They will not directly help the technology expand its enterprise footprint.

Another roadblock to a more rapid adoption of robotic software is lack of awareness caused, ironically, by the technology’s increasing speed of innovation.  Today's leading robotic software products are far more advanced than what was available even two years ago. However, the deployment footprint of the newest releases is still small and widespread knowledge of how these products are transforming operational processes has yet to gain traction. To illustrate the point: my friend in IT had a vague notion the technology had something to do with limited single point, swivel-chair task automation. Of some value, certainly, but not to the point of holding up the consulting team decision until process automation was checked out as a viable alternative.

Had my friend read an April 2015 report by Capgemini on robotic process automation, he would have realized how little the technology resembles his outmoded notions. Instead, his thinking would have been influenced by Capgemini‘s observation:

“The ever-increasing sophistication, and consequent application, of RPA in the BPO domain is now swelling a virtual workforce as never before. The new wave of RPA can so dramatically increase the capacity to do work, in such a cost effective manner and with such a heightened level of accuracy, that labor intensive back office functions are being ‘picked up’ by rapidly advancing technologies.”

The reason products are so much more advanced than just a few years ago is that the leading software vendors in the industry have moved beyond desktop automation to enterprise automation.

Desktop Automation is what my friend envisioned as the current state of robotic technology. This type of automation lives at the workstation level and enables a business user to escape manual activities by deploying a single process automation robot instead. This is an independent, singular instance of automation.  While performance and cost benefits at this level are certainly valuable, their magnitude is limited by the work scope – single user tasks.

This advance from Desktop to Enterprise Automation achieves an order of magnitude increase in operational benefits. Enterprise automation, implemented across activities and processes, makes truly large scale application of robotic software technology possible for the first time.   It also requires platform level technology to provide such functionality as the scheduling and deployment of groups of robots to complete large amounts of automated work.

In short, the vendor must act as a true partner with the customer; providing skills for early success and training for self-sufficiency.  Unless companies are able to evaluate, identify, and select software vendors capable of being full service partners, it will hard for the impressive innovation achieved in recent years to be reflected in any large scale deployments at the enterprise level. The technology will remain at the Desktop Automation level, far below its potential, and a disappointment to those who understand its true capabilities.