Michelle Yurovsky on Resiliency and Finding Your Niche

Michelle Yurovsky on Resiliency and Finding Your Niche

“After my brain injury, I knew that I needed to find a place where I could add value. I found there was a knowledge gap around analytics and very few people understood how to use Kibana, even though Orchestrator has a direct integration with it. Customers were asking about Kibana and very few people in the company knew anything about it. I saw an opportunity for me to create a niche skillset while I recovered and healed.”

Michelle Yurovsky, Senior Product Manager – Analytics, joined UiPath as an RPA developer in 2017. A few months after joining, she was rear-ended by a car on her way to her first client meeting. “The person that hit me was texting and traveling at a high speed. I was very out of it after the incident, but was determined to still meet with our client. It wasn’t until five days later that I passed out on an NYC subway and my co-worker caught me, preventing me from hitting the concrete. That was the point where we realized something was wrong and I should take some time off work.” Michelle spent a month recovering, yet she still struggled to hold her own head up to due to neck injuries. Travel is an essential part of being an RPA developer, and because her injury inhibited her ability to travel, she began to search for a new career path within UiPath. “I started learning a lot about analytics and ended up building some out-of-the-box dashboards for Kibana, which is an on-prem integration with UiPath Orchestrator. Then I helped build the integration for Power BI and just spent more time around analytics. This all coincided during the time when I stopped being able to walk for a few months.” 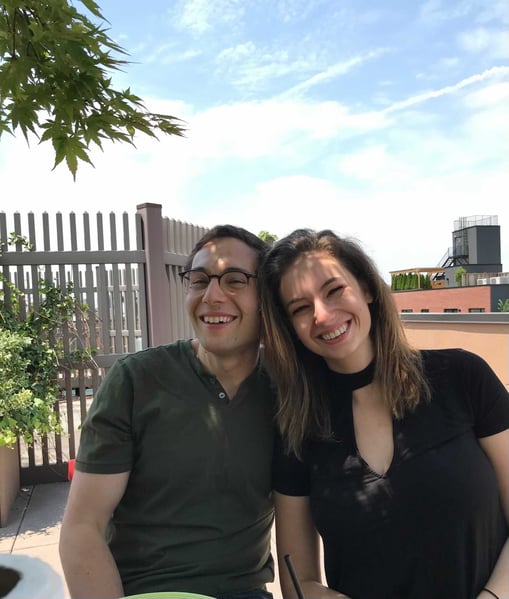 Four months after the initial car accident, an undiagnosed brain injury caused Michelle to lose her ability to walk. “It is such a crazy feeling when you try to walk, but your head doesn't understand where your legs are. Walking is such an automatic process and something so many of us take for granted. Relearning how to do something I'd never actively had to think about before was challenging, to say the least. If I hadn't thrown myself into work and gained confidence from still being able to learn new skill sets, I think I would have had a much harder time recovering.” While Michelle’s body and brain healed, she was promoted to Senior RPA Developer, specializing in reporting and analytics. This role reflected her expertise in analytics and quickly gave her the opportunity to move into a product management role.

“The director of product management started asking for advice and my thoughts on analytics. He had an open position under him as a senior product manager and he asked if I knew anyone who would be interested in it. I didn’t get the hint and tried to refer my mother, who was overqualified. He eventually said that I would be a great fit for the role and asked if I was interested. I was shocked.” Michelle decided to take the role even though she battled feelings of doubt and a sense of imposter syndrome. “I was really scared because I had never worked in product and this was a big transition. I received so much support from my teammates and mentors who encouraged me to go for it, so I did.” 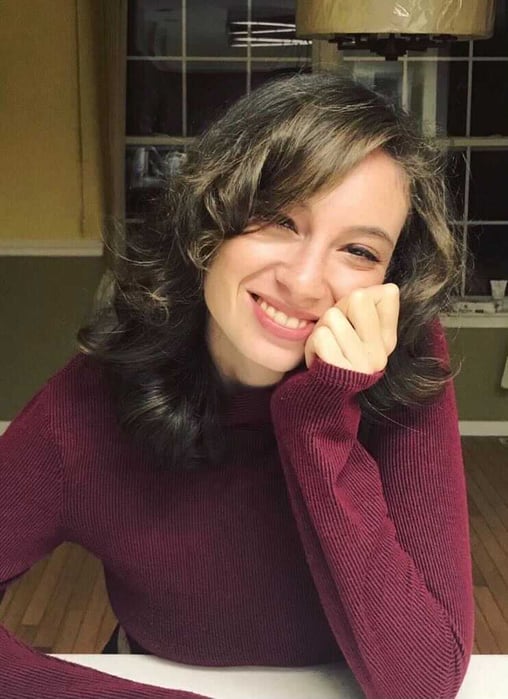 Michelle’s grit and perseverance have allowed her to make lifelong decisions unobstructed by societal norms or pressures. During her senior year at Cornell, she realized a career path in her nutrition major wasn’t the right fit. She taught herself the prerequisite courses and then squeezed in as many advanced computer science classes as possible into her senior year. This led to her first job out of college as the only female software developer at a startup company. “When you are a woman in tech without a computer science degree and you’re building an application on your own, you definitely experience a lot of push back.” The adversity she experienced in her first job gave her to confidence to take on new responsibilities in her role as a senior product manager. “I was twenty-four years old when I moved into my current position at UiPath. Most of the people I was working with were fifteen years older than me. That was very intimidating, but no one knows what you are capable of more than you. If you believe can do something, set your mind to it, and put in the work – then nothing should stop you.”