Creating large scale enterprise software is like training for a formidable climb. At least, that is the analogy that Munil Shah, Senior Vice President of Engineering, likes to use.

“There are parallels between building large scale software and mountain climbing. When I plan to do a strenuous climb, I first start by training for it.  I build up strength and speed with each training hike that will enable me to successfully climb the larger one. Building large scale cloud software is similar where you start with the architecture that will give you the large scale, but you deliver it incrementally. At every increment, you have a check point to gauge whether the foundation you are creating will get you to the next level and eventually to your end goal.”

Munil moved to the Pacific Northwest over 25 years ago to join Microsoft, where both his passion for hiking and his career blossomed. He started as a developer on the Windows team where he built some of the core components of the OS that connect PCs to the internet, and after realizing that the future of software was in the cloud, he moved to the "Live Search” team which would later be named Bing. Munil would eventually leave the Bing Advertising platform team to join the early days of Azure Developer Services. “When I look back on my career, I have always worked in startups within Microsoft. We started from the ground up and took projects from their early stage and scaled them until they reached massive scale. I have always followed where the software is going and took a fair amount of risks along the way.”

After six years of growing Azure to be one of the most dominant cloud computing services on the market, Munil was ready to take on a new challenge, a new mountain. He almost accepted an offer at one of the big tech companies, but luckily, he heard about UiPath being the fastest growing enterprise company. “I was completely blown away by the story that I heard from our CEO Daniel and the leadership team. There was an opportunity to build engineering centers from the ground up in Bellevue and Brooklyn and these opportunities don’t come along very often. I was able to bring all my experience building world-class engineering teams and large-scale distributed systems to a company that was in hyper growth mode.”

Munil joined UiPath October 2018 while we were still working out of a WeWork space in Bellevue and was tasked with growing out the engineering department. “It was such an early stage that I helped pick out food, office spaces, office furniture and parking spots. When I joined there was no cloud platform at UiPath” to “When I joined, UiPath was starting its journey to the cloud, so we had to decide the core architecture and create the foundation layer for the company to build our Automation Cloud. The job required me to touch so many different aspects of the company from people, culture, engineering, and architecture. Being able to wear so many hats was appealing to me.” 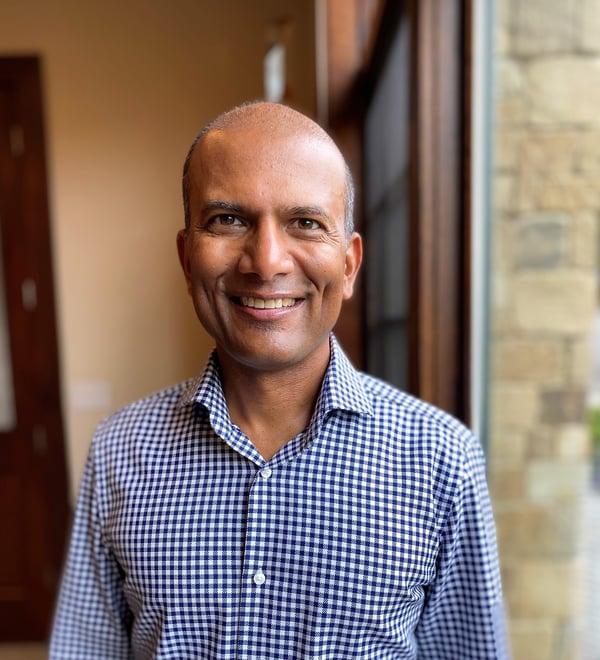 Over the last two years, our US based engineering teams have been taking our core automation platform and expanding it in multiple directions. “We are lowering the barrier of entry so anyone can build automation using our software. We are adding a lot of AI and ML skills to our software that can be applied to areas of automation which are not rule based but require cognitive ability to automate. Lastly, we are taking our software into the cloud at massive scale and expanded RPA platform into end-to-end hyperautomation suite.” These efforts lead to the creation of solutions spanning a broader set of enterprise software scenarios.

In most aspects of Munil’s life, he looks for opportunities where he will be pushed and challenged. From climbing the tallest mountain in the lower 48 to traveling to Peru to hike Machu Picchu, he has grown comfortable with being uncomfortable. He believes it has helped him get to where is today and advises young engineers to do the same.

“My advice for folks looking for their next role is to work in a hypergrowth environment. It brings tremendous opportunities for personal growth and challenges. There are expectations to deliver quickly, scale quickly while meeting different demands and those constraints help you make interesting software design choices. This will lead to more meaningful work”