Raheem Hasan on the Importance of STEM Education

Raheem Hasan on the Importance of STEM Education

“I always had an interest in tinkering and taking things apart. I was introduced to a STEM program in middle school, where engineers from NASA would come out and spend time with us. These were women and men who looked like me. That changed everything and opened my eyes to what was available to me from a science and technology standpoint.”

🎧 Listen to the Inside the Rocketship Podcast episode featuring Raheem Hasan.

Raheem Hasan, Director of Global Partner Marketing, was heavily influenced by his involvement with after-school programs. Growing up in Cleveland, Ohio, his mother enrolled him in a weekend STEM program that ignited his passion for engineering, and in high school, he signed up for Junior Achievement. “It was a program that taught kids how to run a company. We manufactured, marketed, and sold a product. Over the four years that I participated in Junior Achievement, I competed in citywide and nationwide contests. That exposure to business sparked a passion for sales and marketing and led to my career in technical marketing.” 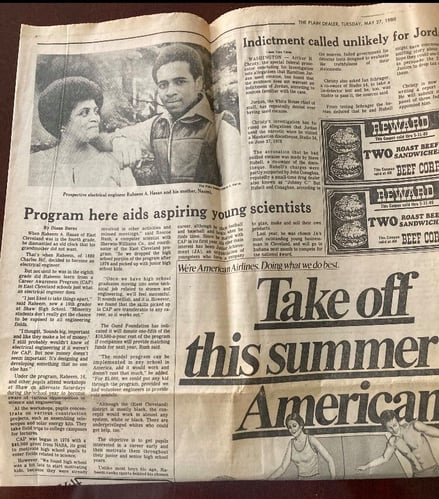 When Raheem started college at Purdue University, he was one of those rare people who knew exactly what he wanted to major in. “I wanted to get a degree in engineering or one of the technical fields and use that to pursue a career in technical sales. I eventually decided to major in Electrical Engineering Technology because of the practical application and the hands-on experience available. It got me thinking about how a company would apply technologies to solve customer’s problems.”

Originally, Raheem had intended on pursuing a graduate degree in marketing and strategic planning after graduating from Purdue. Instead, he accepted a job with a company he previously interned with, IBM. This was the start of a long and lucrative career working at start-ups and established companies like IBM and Siemens. In 2013, he was approached to be the chief marketing officer of the Institute for Robotic Process Automation and Artificial Intelligence, which was a fairly unknown and emerging technology. “When I first took the call from the person trying to get the institute off the ground, I had no idea what in the world he was talking about. After doing some of my own research, I found out that RPA had the potential to be a very disruptive technology. I was hired to help build out this professional association that would work with providers in the RPA space and pair with customers who had RPA needs. I had the pleasure of working with over two dozen RPA providers over the four years I was with the company.”

Raheem helped educate the marketplace of the capabilities of RPA through white papers, webinars, and events. In December of 2014, IRPA-IA held the first industry event for RPA in New York and Raheem facilitated a panel of speakers, which included CEO of UiPath, Daniel Dines. “We got some input from Daniel for a report we were writing back when the company was called Deskover. That is how the relationship started and I invited him to participate on my panel for the event. Daniel recently shared with me that that was his first time speaking publicly about RPA.” 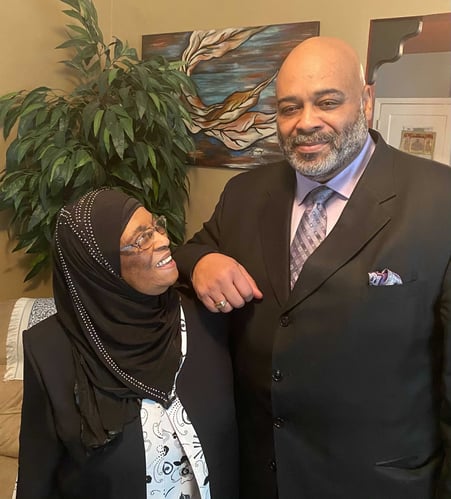 Our culture and how we democratize our technology were key reasons Raheem decided to join UiPath in 2018. “By offering free versions of our software and trainings, we are enabling every worker to take advantage of this technology and fundamentally change how work gets done. We are helping people to upskill and reskill, to create different job opportunities for them.” Raheem’s passion for utilizing technology to create opportunities for children and adults alike is magnetic. “My school district decided to invest in programs that would expose kids to different technologies at a very young age. I am the man I am today because of those opportunities. For organizations out there, don’t underestimate the impact you can have on a child. Make the investment in our youth and know that it makes all the difference.”