Hours freed up with automation to focus on the customer

American Fidelity is an insurance company focused on teachers, the public sector, and other groups that offers benefits strategies to empower customers to make the best benefits decisions possible.

With UiPath and DataRobot, American Fidelity successfully automated many of its most critical customer-facing processes.

In doing so, the company successfully increased productivity, improved accuracy, and freed employees to focus on what matters most: customer service.

American Fidelity is an insurance company focused on teachers, the public sector, and other groups that offers benefits strategies to empower customers to make the best benefits decisions possible. American Fidelity educates, enrolls, and supports the development of competitive employee benefits packages—all while ensuring seamless administration and employee satisfaction.

American Fidelity is constantly on the lookout for new ways to automate and streamline important processes, especially those that help it provide better customer service. The company participated in an early demo of robotic process automation (RPA) from an independent consultant, and at least one team member recalls being a little cynical going in.

“The term ‘robots’ conjures up visions of science fiction movie, and I knew that physical droids weren’t going to be sitting at our desks typing,” said Shane Jason Mock, Vice President of Research and Development. “Yet as soon as I saw the RPA demo, I realized two things: first, if that’s real, that’s going to change everything, and second, there were so many ways that RPA could help our company. It turns out that RPA was real, and even easier to implement than we first thought.”

As part of the vendor-selection process, American Fidelity evaluated leading automation providers. Ultimately, the company picked UiPath based on the proven power of the UiPath Platform as well as its extensive portfolio of free training services. “UiPath’s training services were a significant benefit for us and a real difference maker,” stated Mock. “Our company is extremely hands-on, and we wanted to do as much development as possible ourselves. We want to create a culture of citizen data scientists, where all parts of the company are empowered with automation and AI. It was reassuring to know we could go it alone but could turn to the UiPath Academy when we needed specific help.”

American Fidelity’s very first project was an immediate hit. “We developed a proof of concept (PoC) that happened very quickly,” said Mock. “It took us less than a week to create our first automation, which resulted in a single UiPath Robot successfully moving data from the mainframe to a spreadsheet as an audit of the human work. In fact, the employee who had been responsible for this task told us that he actually had goosebumps watching the new process work.”

To build on this initial success, American Fidelity was ready to improve many additional processes with the UiPath Platform. Yet the company wanted to tread lightly and develop an effective rollout plan to communicate with employees who may be concerned by what was to come.

“Our employees fall into three different groups,” Mock explained. “The first embraces new technology and would be very supportive of RPA. The second group is one that may take a ‘wait-and-see’ approach to RPA, but one that we felt would understand the benefits once they learned more. The third group, which is really just a handful of employees, simply didn’t know what RPA was, and tended to fear the unknown.”

To help ease employees’ concerns, American Fidelity’s entire executive team, including the company president, developed a thorough communications plan and demonstrated their own support for the RPA project. American Fidelity also emphasized that the entire project was designed to improve key processes and empower the workforce to provide better customer service. “This message really resonated with our employees and gave them an end goal they could rally around,” said Mock.

As soon as I saw the RPA demo, I realized two things: first, if that’s real, that’s going to change everything, and second, there were so many ways that RPA could help our company. It turns out that RPA was real, and even easier to implement than we first thought.

The rollout team also focused on “The Why?”. “We came up with our unofficial project tagline—‘Drop the Drudgery,’” recalled Mock. “This helped our employees see the connection between RPA and those tasks they probably didn’t want to do anyway. They began to see that RPA could eliminate excessive amounts of data entry or other repetitive work, which would free up many, many hours. They quickly understood that these were the types of tasks the UiPath solution could do for them.”

American Fidelity quickly automated a number of tasks to support and improve larger customer-facing processes. Bolstered by this early success, the Research and Development team sought to get even more out of RPA by integrating it with automated machine learning technology provided by a UiPath preferred partner, DataRobot.

Specifically, American Fidelity was looking for a better way to manage customer emails. “In the past, all our customers’ emails came into a common queue,” Mock recalled. “Yet these emails covered a wide variety of topics and categories, with our old approach, we relied on human employees to read the emails, determine what was needed, and then route each email to the most appropriate department for follow-up and resolution. This process took valuable time and effort, both of which could be better spent focused on serving our customers.” 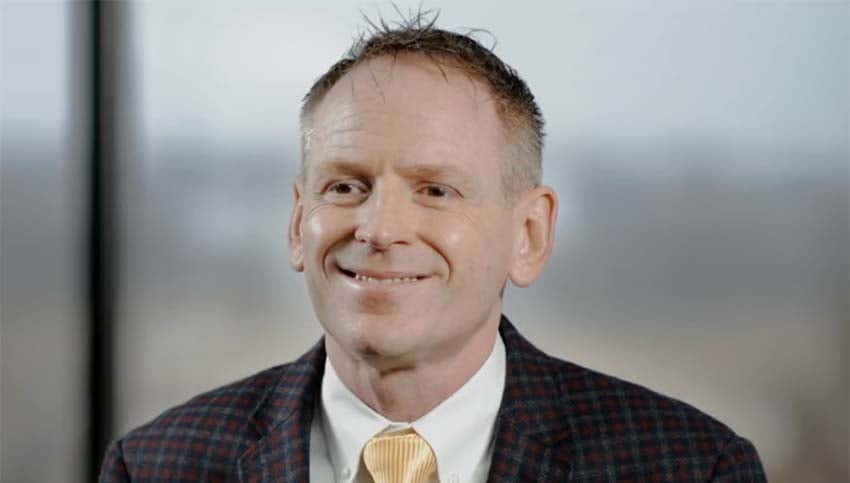 Today, the combination of RPA and automated machine learning has significantly improved the process. A UiPath Robot starts by opening each email, extracting all text, and sending this information to the DataRobot solution. From there, DataRobot’s automated machine learning algorithm classifies each customer email into the correct category. The algorithm is based on an analysis of 10,000 actual emails to see which departments responded to various words and phrases and create the right routing rules.

The employee who had been responsible for this task told us that he actually had goosebumps watching the new process work.

Once the emails are classified, DataRobot sends them to another UiPath Robot, which automatically routes them to the most appropriate department—all with little to no human intervention. This system even allows for employees to get involved if they’re needed. “For example, we might have a lot of back-and-forth in a particular email conversation, which could indicate customer frustration,” said Mock. “UiPath can immediately send these to an employee to faster, more effective resolution. This has a significant impact on our business and has been a really good thing for our customers.”

“I heard someone talking about a 1950’s store owner in a small town who knew each customer. That store owner knew you, he knew your preferences, and he was able to provide an amazing customer experience. The robots allow us to create that boutique, customized experience, unique to every customer - at scale,” said Mock when talking about the new video project that American Fidelity is testing.

American Fidelity is using RPA to create customized communications for each customer. Every employer group has unique benefits specific to their insurance agreement. This is an effective way to explain those benefits in easy-to-understand language.

RPA has allowed American Fidelity to create that tailored content in an automated fashion. “The robots have enabled us to become more personalized with each customer. We would never attempt this with a team of humans – it would simply take too much time,” Mock said.

American Fidelity is currently considering additional ways to use other technologies to complement the functionality it has achieved with DataRobot. “For example, we’re looking at technology that can help glean meaning from unstructured data housed in various business documents,” said Mock. “We have mountains of information, but some of that is not as useful in its current unstructured format.”

With UiPath and DataRobot, American Fidelity now enjoys processes that are much more efficient, streamlined, productive, and accurate. The most important benefit the company has achieved has been time savings that empower employees to spend more time focused on customer service. “Our customers really do come first,” Mock explained. “UiPath and DataRobot have given us a new way to make sure they always do.”