federated teams throughout the world

Based in Amsterdam, Heineken is recognised throughout the world. In fact, 25 million of its beers are served each day across 192 countries and it has over 80,000 global employees, all of whom take pride in its 156-year history of brewing excellence.

While Heineken’s known best as a brewer, in the world of robotic process automation (RPA) it’s becoming famous for something else: hyperautomation. This is the approach where everything that can be automated, is automated.

And it’s not an easy feat—Heineken is comprised of over 80 operating companies resulting in a very fragmented tech landscape. Despite the complexities, the Heineken global automation team has successfully implemented an incredibly ambitious and effective program that saves the brewer 14,000 hours every single month .

It all started in 2018. Heineken’s finance team is working with an RPA software vendor to launch a project with the company’s global shared services team. This created a thirst for automation, which grew into a much more ambitious plan the following year.

Lucy Todorovska is global hyperautomation product manager. She says, “In 2019 we launched the Toolkit.” By this she means a group of technologies and teams operating under the code name Portfolio, bringing together a highly diversified tech stack—intelligent automation, document processing, low code development, chatbot development, toolchains, and test automation, digital integration. They use the agile methodology of continuous improvement and constant collaboration. “At that stage, I became the product owner for two teams: robotics and automation, and digital enablement,” she adds. “We had two small, agile teams, but with big ambitions.”

Starting with a vision

But while small, this team was big in vision—building governed platforms while driving adoption. Initially, it developed about 10 tactical automations for Heineken’s back office but was keen to think strategically and build a framework that'd allow large scale adoption of the technologies across the company.

“We started by creating a roadmap,” Todorovska explains. Complementary to a centralized way of working (the team was and still is responsible for the platforms, governance and delivery at a global level), the team opted for a federated delivery model at regional and functional level. In doing so, it needed a new RPA platform. One that'd meet the needs of a global expansion plan. UiPath was the obvious choice.

As part of the federated delivery model, independent teams were created to act as an extension of the hyperautomation division. Each would combine people from the business and IT who could use the technology platforms available. Many were up and running by the end of 2020.

Rather than trying to manage everything from a central point, potentially creating bottlenecks, each federated group works semi-autonomously. They can do so in their local language, in their own time zone, and in a way that suits their business and culture.

It was a new way of working for Heineken. And it allowed us to scale our automation journey faster. We provided them a governance model, training, and security.

With everything in place, it was time to find use cases and begin ramping up. “We’d done the important foundational work. The important set-up. To get to the next stage, we needed to boost awareness.”

This was a vital step. Because not everyone at Heineken is an IT expert. After all, its focus is brewing. “We sell beer,” Todorovska laughs. “People are not tech experts like they might be in a software company . We needed to educate them. Inspire them and show to them what is and isn’t possible.”

In doing so, the Toolkit created its own logo and a sharepoint to hold information. Alongside the UiPath team, it also began running awareness workshops, technical courses, build-a-bot sessions, and made a point of sharing successes.

This was achieved through storytelling but also with an automation marketplace, where the federated teams could see software robots created by others. Packages of learning materials were created for different personas, too. This ensured people received tailored support, explaining what automation could do for managers, technology teams and business key users.

As awareness continued to grow, the Toolkit kept pushing a single, simple message.

We’re here to ‘brew’ the robot out of the person. Automation will help people in their jobs. It will free up time to focus on value added activities and being creative. It will fuel Heineken growth.

The plan worked. There are now 13 federated teams throughout the world, with between three and seven people in each. They’ve implemented 140 end-to-end automation using 60 software robots, most of which are in finance, IT, HR, procurement and commerce, which includes sales, marketing and the back office.

“Some are end-to-end business processes with multiple robots.” When asked which she’s most proud of, she pauses before answering that it’s not a single automation, but something else. The team’s approach and dedication to hyperautomation.

We’re also proud of the federated model and the way colleagues have embraced it. Brazil is a great example. In one year, the team created 34 processes and contributed to 41 percent of all automations and 62 percent of all hours saved in the business.

As a consequence of the success and growth, we evolved towards a hyperautomation team in 2022. It consists of four global technology products and five teams that are led by two product owners, who are empowered to take full ownership of their teams. These are global teams consisting of people with diverse backgrounds, knowledge, skills, and seniority.

Interestingly, the hyperautomation team has decided to create a champion’s board among the federated teams. Here they can see which countries have automated the most processes and the average hours saved per month. It’s encouraging friendly competition, which is of benefit to the business.

Amid such intense activity, Todorovska does recall one particular use case that stands out. “People love the technology. One colleague kept telling me I wasn’t talking about his use case. He said they’d been doing a data refresh in the global SRM system . Previously, it took them six months to complete. With automation, they’d got that down to two days.”

With such success behind it, the team began to consider more ways to encourage colleagues. “We started to create CVs for robots,” Todorovska says with a smile. “When it was born, what it does, the value it brings, how often it works, who manages it, if it’s reducing errors, speeding up tasks or saving hours.” It’s a great idea, giving a persona to something that can be hard to grasp.

Looking to the coming years, Heineken has one big goal: to save a million hours by 2025. To achieve this, awareness , and adoption campaigns will continue. “Every person in the company needs to know about hyperautomation,” Todorovska says with conviction. “We’ll also be exploring automation by design and digital workers.”

The first of these concepts describes how a process is designed with automation from the outset rather than bringing in the technology and retrofitting it. The second describes how a digital worker is assigned a full-time role made up of various processes involving repetitive automatable tasks. This will free people to work on more valuable tasks.

It’s ambitious, but the hyperautomation teams are confident. Todorovska's keen to share actionable advice from her lessons learned. She's a comprehensive LinkedIn post around it that you can use as inspiration—read it here.

“Firstly, think about your long-term goals and strategy from day one. Use this to create your operating model. If you’re in a global business, a federated plan may be best.”

Secondly, she says, “Arrange your team in the best way. A centre of excellence might not always be the right route. They tend to just focus on the platform and governance. We do everything from managing costs and drawing up contracts, to offering security and creating upgrades .”

Finally, “I would warn everyone to simply not fall in love with a certain technology, but to stay flexible and always with an eye on the value drivers – how can I best achieve my business goals?” 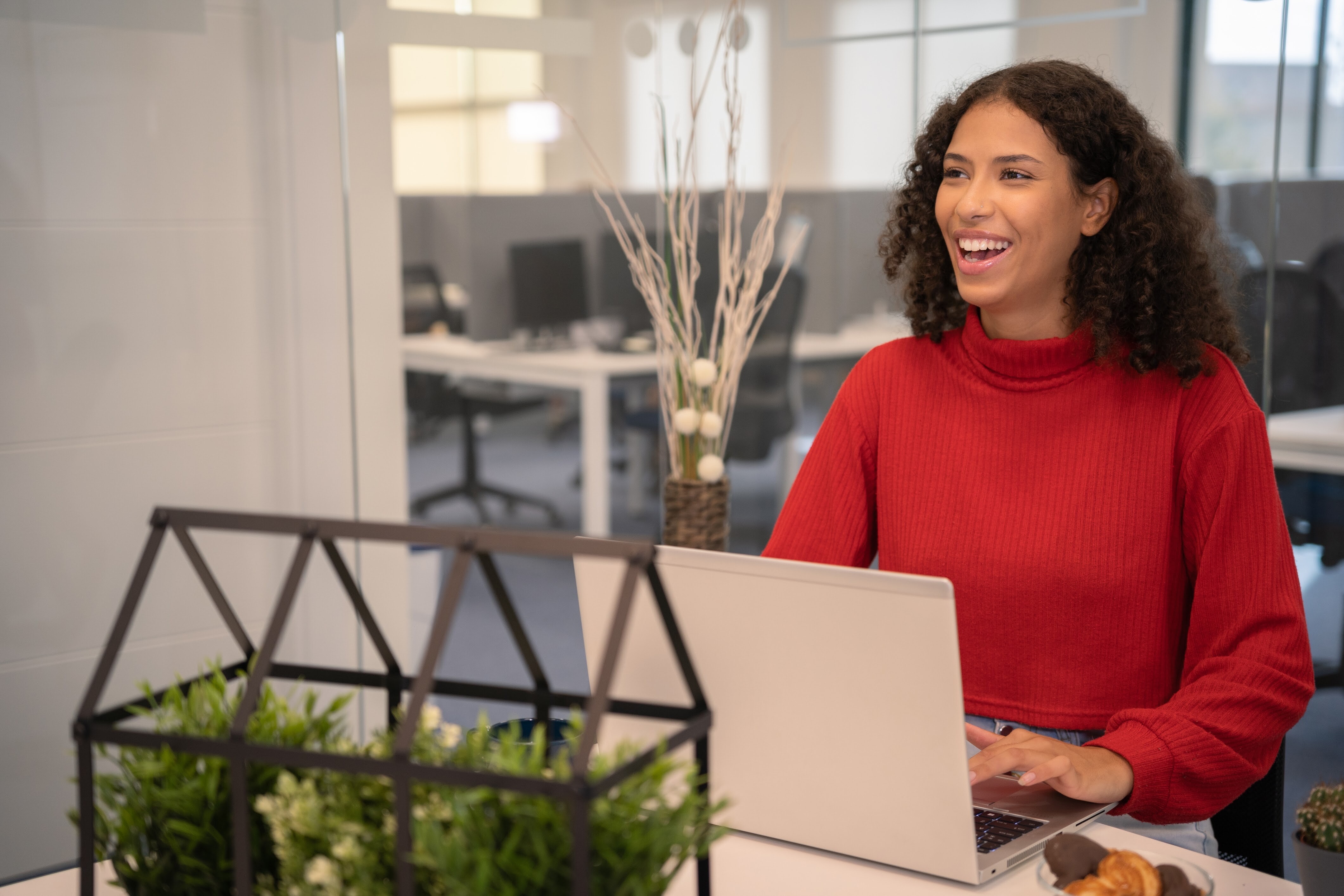 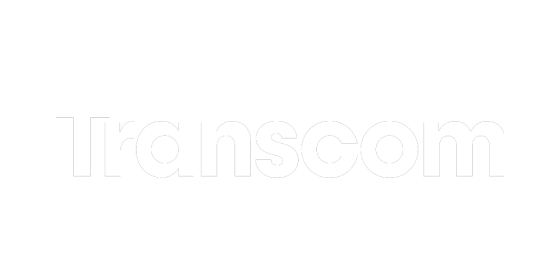