The Regional Authority of the Moravian-Silesian region provides public services to its 1.2 million inhabitants.

Thanks to automation of internal processes in the critical area of providing free boiler grants, the Regional Office improves the air quality not only in the Moravian-Silesian Region, but also in its surroundings.

The Regional Authority of the Moravian-Silesian region provides an agenda for 17 internal departments (53 departments in total). The main function of the Office is to provide public services to the 1.2 million inhabitants of the region. The Moravian-Silesian region is located in the north-eastern territory of the Czech Republic, on the border with Poland and the Slovak Republic. As part of its strategy of “Transport and Smart Region”, the Regional Authority aims to improve the quality of life in the Moravian-Silesian Region and save the population time and money, throughout the Region. 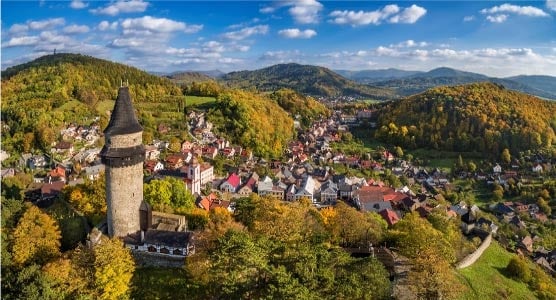 The idea of increase in efficiency of the provided services by using RPA technology was born in 2018. The Department of Regional Development and Tourism faced a massive number of applicants for boiler replacement grants. It was a time-consuming process, full of repetitive work activities in the digital environment of the organization. Each application is subject to a long and time-consuming process (from accepting the application, validating it in internal systems, checking duplicity of the applications, to processing itself – in addition, the applicant must be continuously updated on the status of the application). For this reason, it was necessary to hire temporary staff to perform this activity, or for the current employees to work overtime to process these tasks beyond their normal work duties.

“Robotics and process automation are common in the industry. The development of computer processing and the effort to improve the quality of the provided services will sooner or later encourage the public administration to automate and use software robots. Therefore, I am pleased that the Moravian-Silesian Region is at the forefront of this. Our regional office is the first in the country, which has its software robot and thanks to it we can offer citizens better quality services.”

Ivo Vondrák Governor of the region

At the end of 2018, MSK began working with Techstra, an official and strategic UiPath partner. Together they studied the suitability of deploying the UiPath RPA Enterprise Platform across the organization. The regional authority identified several processes which were defined as time-consuming and with a high error rate. During the subsequent analysis, Techstra recommended 2 processes, which were delivered at the end of 2018. The processes were automated within 2 weeks.

The automation of the processes showed an immediate benefit as it had been an independent “employee” since the time it was first deployed in the office. This was followed by the next phase of the project, the general deployment of UiPath solutions into the subsidy processes. In the next 3 months of the first half of 2019, another 11 processes were automated to support the subsidy agenda.

Entrusting the agenda to the hands of a suitable person was an important step leading to a successful deployment of automation. In this case the agenda was managed by the Office's Internal Auditor. This was a logical assignment, as the person knew the processes of the organization and was therefore an ideal choice. Over time, the Internal Auditor became the owner of the entire RPA agenda of the Office.

“The robot is used by the regional authority for administrative tasks and highly routine processes. While using the technology we save our own resources, and improve the services provided to external partners as well. We deployed the robot to process the free boiler grants. For example, it verifies the information provided to the applicants, sends them e-mails, prepares and prints letters, or verifies in the databases whether the applicant has previously submitted an application for the building. It also identifies revenues in the region's bank accounts or registers employees for educational events. Using a robot, we are also able to distribute incoming electronic submissions or anonymize data in the documents.”

Recognized impact for the community

The Regional Authority received several awards for the use of the robot as a supporting tool that increases the quality level of provided public services. These included, the Smart Region award for 2019, and the highest possible award for the quality of public administration in the Czech Republic – "Recognised for Excellence 5 star" where RPA represented one of the activities that contributed to receiving the award. 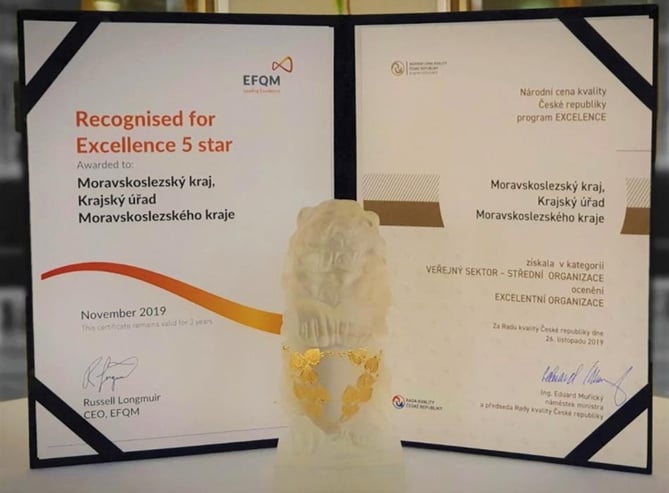 Since early 2019, the RPA agenda at the regional authority was managed and further developed with the support of the RPA professional service provider Techstra. Techstra provided its certified developers and solution architects as well as trainings aimed at the partial transfer of competencies to the client (regional office) and its employees.

As a next step, the Office also plans to deploy automation at the registry office, where UiPath RPA solutions can support automated categorization and distribution of incoming digital mail to individual departments within the institution. This project will result in additional annual savings of CZK 500,000.

Write your own automation story!

Talk to a UiPath expert and see where you should begin.