Around the world and across industries, technology has disrupted (or at least augmented) outdated business practices and made companies better for it. Nowhere is this truer than in the traditional offshore outsourcing industry.

But before you start looking for a way out of your service contracts, new technology—and, specifically, automation—doesn’t spell the end of offshore outsourcing or minimize the competitive edge your partners have.

Instead, the ‘automation first’ era calls enterprises and vendors alike to reimagine how they operate.

Or as Deloitte so boldly put it in the Deloitte Global Outsourcing Survey 2018: “Traditional outsourcing is dead. Long live disruptive outsourcing.”

Traditional outsourcing was once the surefire way to reduce labor costs and improve efficiency. But changes in consumer focus, combined with widespread economic and political instability, challenge the industry as a whole.

Here, we’ll take a look at the impact technology has on traditional outsourcing and how disruptive vendors leveraging these tools create value for modern enterprises.

Historically, companies turned to offshore outsourcing when domestic labor was too expensive. They could relocate work done in expensive labor markets, such as the United States or Europe, to regions with cheaper manpower, offloading high-volume repetitive work and freeing up budget for research and development and other operational expenses in the process.

● Changes in the modern labor landscape

● Gaps in process and operational oversight

Offshore outsourcing alone is no longer as safe and cost-effective as it used to be. Companies and vendors must work together to find the best salve for each pain point.

Instability within and across nations is making it less cost-effective to cede control of business processes, and changes in consumer attitudes have increased the scrutiny companies fall under.

For instance, American companies that offshore low-level jobs have begun to face increasing scrutiny from consumers, as we saw with Taiwanese manufacturer and Apple supplier Foxconn last year.

We saw signs of global economic slowdown back in October, cued by the fall of long-term interest rates and the retraction of corporate investments.

Now, with COVID-19, the current and future economic volatility is even greater (and that’s an understatement!). The United Nations estimates that we’ll see a $1 trillion slowdown in the global economy as a result of the global pandemic.

This macroeconomic situation will have wide-reaching effects on worldwide business, making it even more vital for enterprises to choose a disruptive vendor that can adapt quickly. During crisis, the ability to coordinate reliable, efficient digital workers through disruptive outsourcing vendors will become even more important. 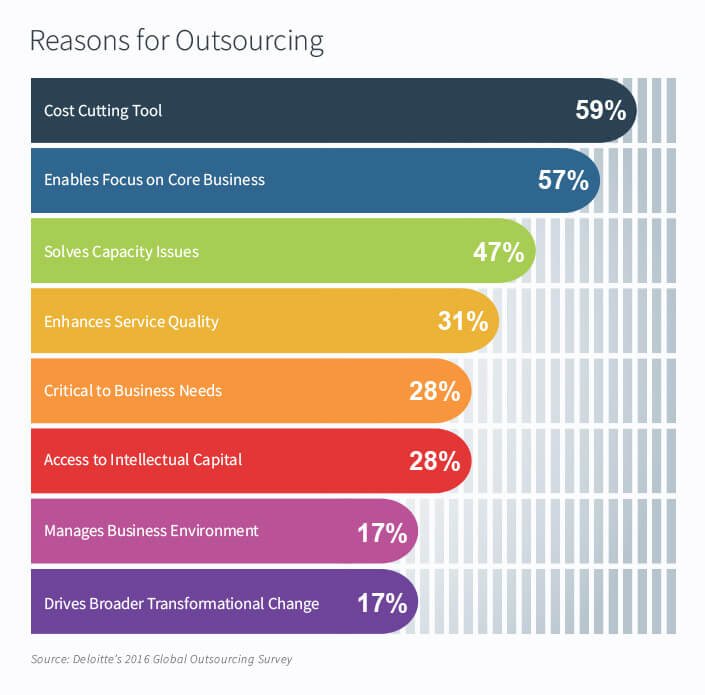 Companies and vendors alike will shift the role of offshore outsourcing from one still largely focused on labor arbitrage to models that drives change with faster, more efficient, and more accurate work with digital labor and technology management.

In the past, such gaps have resulted in less process oversight and a higher potential for error, as was the case in 2014 when the Royal Bank of Scotland faced a ₤56m fine after an outage caused by “someone in an RBS operation in India [pressing] the wrong button.”

Outlier businesses and vendors—those who stick to legacy operating models—run the risk of being disrupted by competitors adopting agile workflows, like Finnish telecom service provider DNA—which saw a ten-fold increase in performance of a B2B delivery process using automation combined with a three-week sprint methodology.

To overcome labor, consumer, economic, and logistics challenges in the 21st century, and post-COVID-19, enterprises and vendors must reboot how they think about legacy practices and put automation at the core of their operations. The risk of doing otherwise is just too high.

Traditional offshore outsourcing is being fundamentally disrupted by emerging technologies that make it easier than ever for companies to improve workflows, resolve bottlenecks, and manage high-volume work.

Traditionally, the goal of offshoring has been to move the processes ancillary to your core business to vendors with the lowest cost. With the adoption of automation and cloud services, companies can instead perform mundane, repetitive work with digital workers and tools (almost) at the click of a button.

However, the automation first era doesn’t mean abandoning offshore outsourcing but reimagining how it's done. Companies will still reap the traditional benefits of offshore labor practices, including:

● Flexibility to change vendors as technology and strategies evolve

To see these benefits, however, companies will need to work with modern vendors who provide not only economical labor but also technical expertise to support innovative new processes. 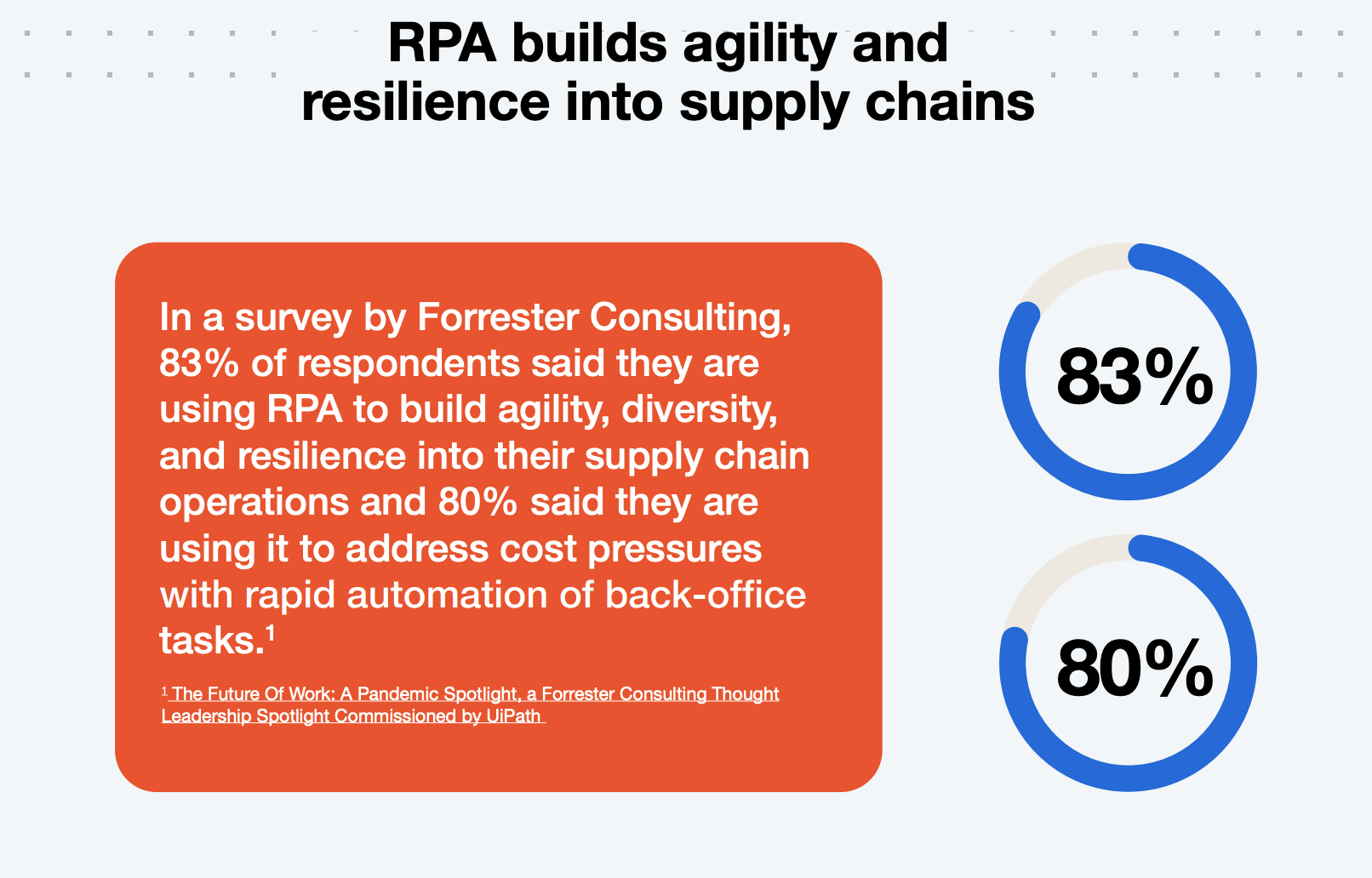 Source: The Value of RPA for Procurement Professionals and Teams

Every day, it seems a new SaaS tool comes to market promising to reinvent how enterprises do business.

The question is no longer whether or not new tools can offer the same benefits of offshore outsourcing, but whether or not a 1:1 replacement is the best option in all cases.

Some of the most popular new tools for augmenting or replacing the work previously done by traditional offshore outsourcing companies include:

● Cloud and SaaS tools: these include visualization tools such as VMware and intranets like Honey.is that allow developers to provision and troubleshoot issues independently.

● Workflow tools: companies have begun using communication tools, such as Slack, and specialized tools for help desk support and IT risk response to prevent and unblock bottlenecks in process. 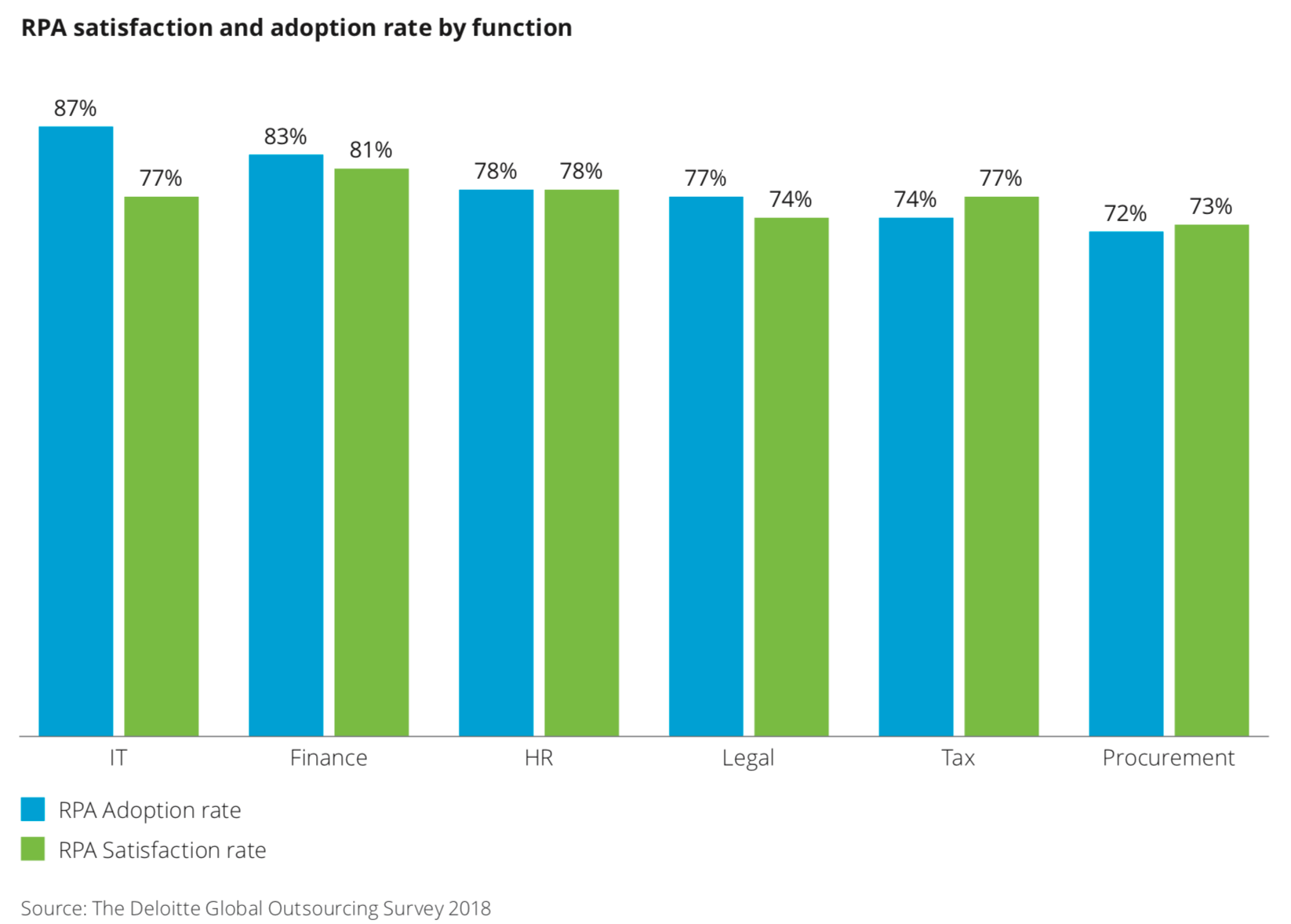 Each of these tools can dramatically streamline operations, support smarter work from employees, and drive down costs from inefficient processes. But, too often, enterprises stack tools on top of tools, overwhelming their businesses with parts of a solution instead of a holistic strategy; leading to what Ian Barkin of Symphony Ventures describes as “process sediment,” which builds up in layers in the same way that sedimentary rock builds up over eons.

In addition to causing confusion and technical debt, this method of technology adoption can break budgets with high up-front and maintenance costs and long-term support needs. Clumsy adoption can make it difficult for companies to integrate future tools, scale processes, or replace existing integrations when they become legacy components.

These technologies may work well in a silo at the beginning, but to truly succeed with the tools of our technology era, companies must look at holistically integrating with existing processes and leverage the expertise of skilled vendors, including offshore outsourcing.

Automation technology and other software tools have fundamentally changed how we think about the work humans do every day and how that work supports core processes.

Often, when business leaders weigh the benefits of a new technology, it’s through the lens of “either, or.” But that doesn’t have to be, and often shouldn’t be, the case with offshore outsourcing.

Instead, disruptive offshore outsourcing vendors are demonstrating the many reasons companies should turn to them for partnership during this exciting era. As more and more automation tools are developed, enterprises may find that it’s faster, cheaper, and more scalable to buy the capabilities of a vendor rather than develop those capabilities in-house. 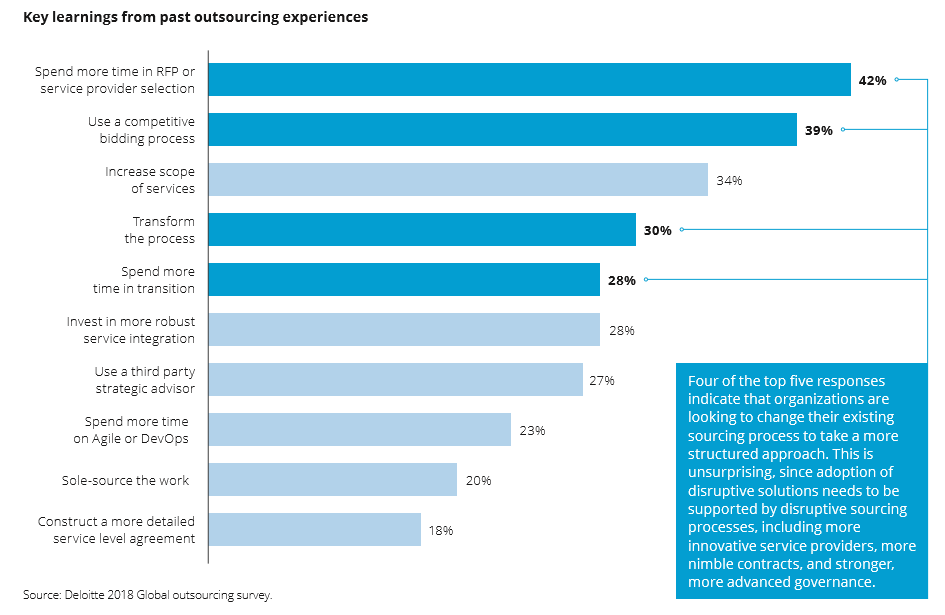 The Deloitte Global Outsourcing Survey 2018 also showed that, in response to this disruptive age of offshore outsourcing capabilities, companies were reimagining how they selected their partners out of the gate.

In the Deloitte Global Outsourcing Survey 2018, Deloitte found that outsourcing-led transformations helped companies conquer IT and business challenges, going so far as to liken the impact of disruptive outsourcing vendors in labor to the effect Bloomberg Terminal had on trading.

By continuing to work with offshore outsourcing vendors who prioritize the adoption and understanding of new tools, companies gain a partner that can help them become more agile, efficient, and effective in the market by:

● Offering flexible plans and work volumes, thanks to the scalability of RPA

As the function and capabilities of these vendors evolve, enterprises must reconsider the role of offshore outsourcing in business and use a strategic approach to selecting and using their services.

The potential of automation to reboot how both enterprises and vendors perform day-to-day work is unprecedented. As consumer and market demands grow and change, the key to success isn’t replacing business with automation but fully integrating operations on both sides with these promising new tools.

Whether you adopt automation in-house or leverage the expertise of an automation-literate offshore outsourcing vendor, the right automation platform makes all the difference.

Think of automation as the infrastructure, the DNA, of your business—not a new tool in a crowded stack. If every business unit and vendor is a city, automation is the street between the buildings and the highways between regions.

With the right automation platform, every business problem and process is more easily solvable, and every solution you implement can be connected back to an automation first business strategy.

Discover how the promising new tools of the automation first era can bridge the legacy models you’ve built your business on with the innovation you have planned for tomorrow.