For at least the last century, predictions about technology reducing the need for human labor have been plentiful. In 1930, John Maynard Keynes estimated that his grandkids would work just 15 hours per week, with machines taking care of most tasks. About 80 years later, Tim Ferriss published his bestselling book The 4-Hour Workweek, which contains instructions for leveraging the internet to build businesses that can largely run themselves.

Technology was supposed to free us from the burden of labor, allowing us to spend our days how we’d like. Yet here we are in 2022, and the dominant schedule for most working people is still eight hours per day, five days a week. What happened to our promised lives of leisure?

While these thinkers assumed ever-increasing innovation would drive ever-higher productivity, it turns out that more tech isn’t always better. A phenomenon called the “productivity paradox” refers to the outcome of more technology resulting in smaller productivity gains. Basically, we have so much information to take in and so many platforms to manage that we’ve become overwhelmed. 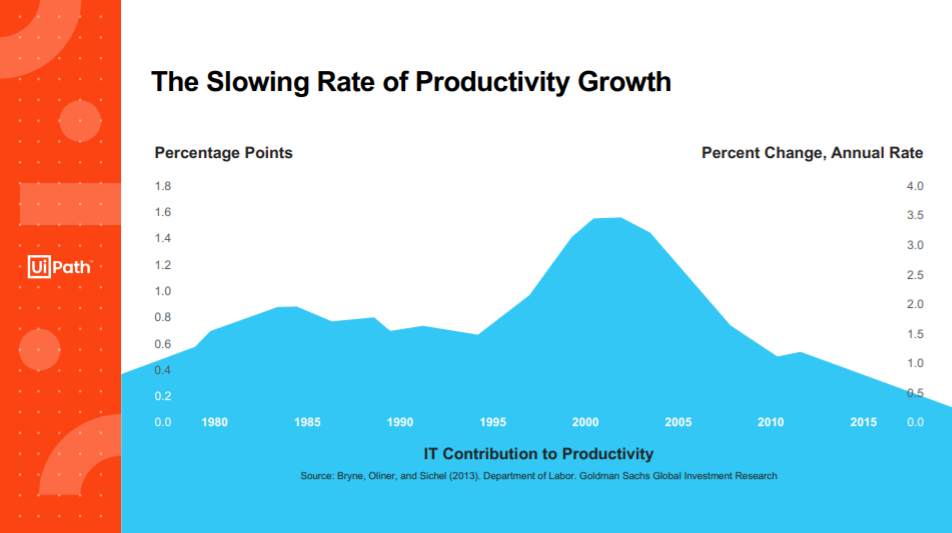 Thankfully, new methods of working are getting us closer to the Keynesian utopia. The work-from-home revolution ignited by COVID has had its ups and downs, but new experiments with a four-day workweek have had surprisingly promising results.

While cutting the workweek in half may be further down the road, today's new ways of working are empowering people to live on their own terms rather than letting their jobs consume their lives.

Consider how much time is wasted at the office

Tim Ferriss started his career in the corporate world, but eventually grew frustrated with its inefficiencies and became an entrepreneur. Upon examining his corporate working life versus his entrepreneurial one, Ferriss had a stark realization—much of the time he used to spend at the office was wasted. Useless meetings, hallway chit chat, and time spent commuting were all considered “work time,” but didn’t improve results in a meaningful way.

In The 4-Hour Workweek, Ferriss emphasizes the power of the Pareto Principle, also known as the “80/20 rule.” The idea is that by focusing on the 20% of tasks that generate 80% of the results, you can boost your productivity while working a lot less. The implication is that 80% of time spent “working” probably doesn’t have much of an impact.

While these percentages will differ for each individual, his larger point is that people have a limited attention span. And the optimal way to maximize both productivity and life satisfaction is to have people focus on a small number of critical items that truly affect outcomes.

Fitting a week’s worth of work into four days

While a four-hour workweek may still sound like a fantasy, a four-day workweek is already being implemented across the globe. And the results are staggering.

The concept is simple—cut one day out of your employees’ workweek, while keeping their pay unchanged. At face value, it sounds too good to be true. Surely a week’s worth of work can’t be done in just four days?

Experiments in Europe and elsewhere are challenging that narrative.

Employees in this model are getting just as much, if not more, work done as before. And they’re much happier at the office and at home.

But the transition from a five day model isn’t always easy, and the nonprofit 4 Day Week Global is helping companies facilitate it. Through its transition program, the organization puts participating businesses through workshops that help them think through more efficient ways of getting work done. Then, businesses are matched with a “mentor company” that’s successfully adopted a four-day workweek to further help with the transition.

While the nonprofit is gaining steam this year, several countries have already adopted the model on their own. And the results have been shocking.

Microsoft Japan saw employee productivity soar 40% after trialing a four-day workweek in 2019, and enjoyed additional benefits like lower electricity costs. On the other side of the globe, trials in Iceland last year were considered an “overwhelming success,” with productivity staying the same or even ticking up across a variety of industries. Icelandic workers also reported better health, improved work-life balance, and less burnout after the trials.

Excitement around this new model is building. The United Kingdom (UK) recently launched the world’s largest four-day workweek pilot to date, with over 3,000 employees participating in the experiment. Companies around the world are watching closely to see if the results coincide with prior successes.

It remains to be seen whether giving employees a three-day weekend every week will become the norm. However, in a time when burnout is at an all-time high and competition for employees is raging, businesses could gain an edge by adopting such a program.

New ways of working will give employees their lives back

The amount of time spent working isn’t the only thing being upended. Where people work is also changing rapidly.

The ongoing tug-of-war between employees and managers over returning to the office highlights an obvious issue: if so many are so reluctant to go back, how happy were they in the office in the first place?

Women and people of color in particular largely lack the same connection to the office as white men, and prefer remote work at higher rates. According to a study by Future Forum, “The small minority of Black people who are employed as knowledge workers are even more likely to reject the office-centric model. Of those currently working remotely, 97% want a hybrid or full-time remote working model (compared with 79% of white knowledge workers in the U.S.).”

Even something as basic as office temperature was originally designed to suit one specific demographic. According to the NY Times, “Most building thermostats follow a model developed in the 1960s that takes into account, among other factors, the resting metabolic rate of a 40-year-old man weighing 154 pounds.” Several women interviewed for The NY Times article mentioned keeping gloves, shawls, and blankets near their desks to stay comfortable in their offices.

The author summarizes the issue succinctly—“The office was never one size fits all. It was one size fits some, with the expectation that everybody else would squeeze in.”

The work-from-home phenomenon has shades of both Keynes and Ferriss’s ideal working lives. Technology enables communication across borders and time zones, lessening the need for people to work in the same location. This has unlocked flexibility for lots of employees, allowing them to skip their commute, pick up their kids from school, or run a quick errand during the day. While not true in all cases, lots of employees have shortened their weekly hours spent “working” by cutting out needless time at the office.

It’s hard to say what the dominant working model will be several decades from now, but it’s clear that employees are demanding a better balance. Whether it’s four days a week or four hours, less time at work can give employees a better quality of life, without sacrificing productivity.

Tedious tasks take up a lot of time throughout the week, and one of the best ways to enable a four-day workweek is to relieve employees from those tasks through automation. If you’re interested in seeing how people thrive when robots work, join us at FORWARD 5.

Editor’s note: this is a guest blog post. Views represented in this blog post are the author's own.