January 2020 started out much like January 2019. For RPA and the public sector, at least. In 2019, at a well-attended American Council for Technology and Industry Advisory Council (ACT-IAC) seminar, Ed Burrows—the former leader of the United States (U.S.) General Services Administration (GSA) Robotic Process Automation (RPA) project office—made a statement that stuck with me all year. He said scaling RPA was a challenge.

It stuck with me so much that at our UiPath Together Washington D.C. conference we invited Burrows to lead a panel of private sector clients to discuss the topic. Rather than running from the discussion, we embraced it. Panelists spoke to their creation of robotic Centers of Excellence (CoEs) and that the CoEs were helping to scale RPA in their organizations.

This January, at a well-attend Advanced Technology Academic Research Center (ATARC) seminar in Crystal City (a neighborhood in Arlington, Virginia), a moderator declared that RPA in the private sector had taken off and, as usual, government was just waking up to RPA.

Unlike last year, I did not want to wait for our conference to address the moderator’s statement as just plain wrong.

RPA is being adopted by government agencies at a rapid pace

I’m seeing these agencies scaling so quickly that if you blink you may find a software robot on every desktop. RPA is changing how government works. It is not scaring employees and it is producing value to agencies.

Just consider the past year. RPA was in the Budget of the United States for Fiscal Year 2020. RPA was called out in a dialog box to emphasize its importance. This insertion into the budget followed a call to action in the President’s 2018 Management Agenda to shift employees from low-value to higher-valued work.

Senior automation champions such as Margaret Weichert and Suzette Kent kept the call to action alive. In the middle of 2019, the RPA Community of Practice was established at the GSA. It was not established to evaluate RPA. Rather, this community stood up to help U.S. government agencies not currently utilizing RPA benefit from the lessons learned from the RPA successes seen at the GSA, National Aeronautics and Space Administration (NASA) Shared Services Center, Air Force Personnel Command, Department of Housing and Urban Development (HUD), and the U.S. Department of Agriculture (USDA)—to name a few of the 70 UiPath installations.

Success breeding success across the U.S. government is exemplified in the RPA Playbook, which was recently released by the GSA RPA Community of Practice. Government RPA practitioners came together from across a myriad of defense and non-defense agencies to catalog automation best practices in a way that government agencies new to RPA could use to accelerate the adoption of RPA. That is not “waking up to RPA”—it is fully embracing RPA.

In the Budget of the United States for Fiscal Year 2021, we see the Administration again putting a spotlight and emphasis on the value of RPA:

"Since the start of the Administration, the largest 24 Federal agencies have implemented more than 100 initiatives to reduce administrative burden and put more resources toward agency missions, driving billions of dollars in realized and anticipated savings and shifting hundreds of thousands of Full-Time equivalent employee hours to higher-value work.  These initiatives include more than 50 initiatives focused on process improvement and standardization; approximately 30 initiatives using robotic process automation, artificial intelligence, and/or other innovative software."

What about the concern that “RPA scares the workforce”? Nothing could be further from the truth.

Last week, I had the privilege to celebrate with the HUD deployment team when their leadership hosted a congratulations lunch for the successful start of their RPA program. Much like the big kickoffs at the USDA and other agencies, when a technology bypasses the traditional ‘start, sputter, and restart’ loop or potentially fails (as 33% of technology projects do), there is cause to celebrate.

Instead of being concerned about the acceptance of RPA by employees, one leader at the HUD RPA celebration said, “I fear the demand will be a tidal wave.”

In late 2018, on Government Matters Thought Leadership Network television, we heard both the U.S. Defense Logistics Agency and the NASA Shared Services Center report the tremendous demand by employees to create software robots. 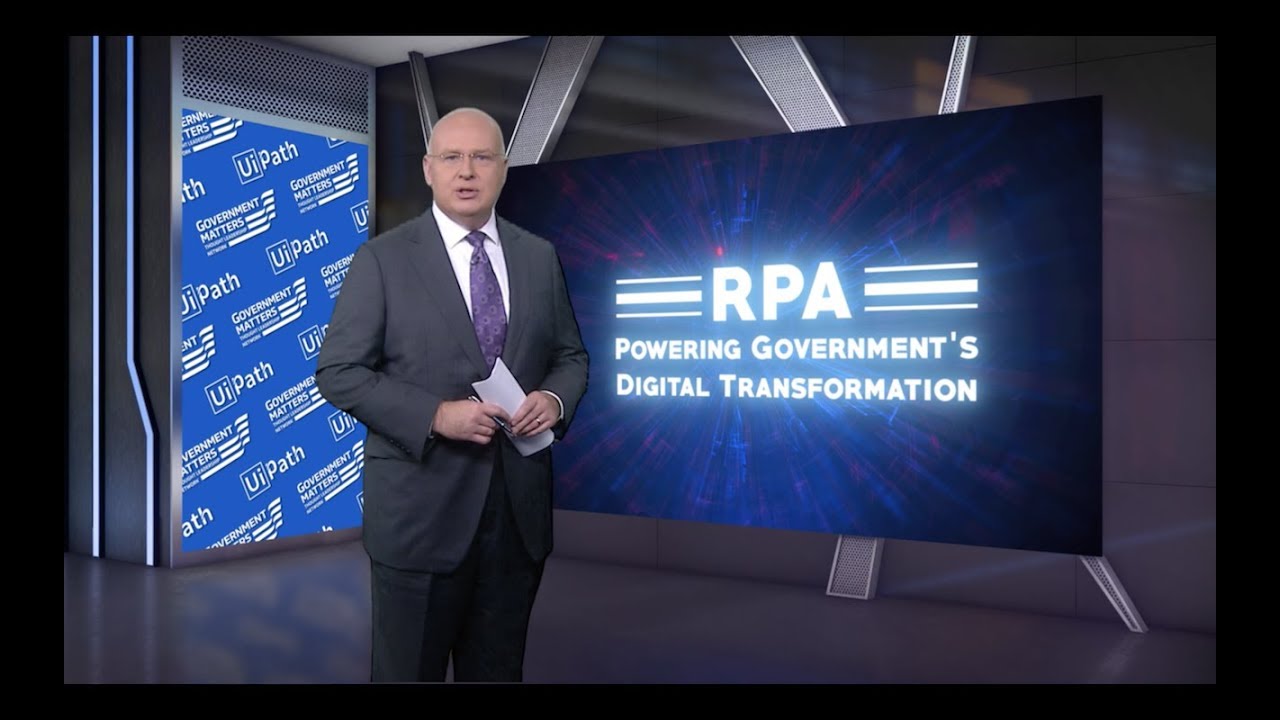 I cannot say this strongly enough: we have never witnessed an agency with a successful proof of concept (POC) and pilot that met its objective say they just did not want to move forward.

Government is neither behind nor just waking up to RPA

As signatories to the administration’s Pledge to America’s Workers, we trained more than 500 government employees in 2019. This year, we expect to train 1,500 more.

As federal agencies realign, reorganize, and account for retirements, the government reskilling that started last year  is proving that when the workforce is properly retrained, RPA can be implemented deeper and further across government agencies.

Seventy federal installations of UiPath, all successful and all scaling, suggest RPA is digging in to drive better government. 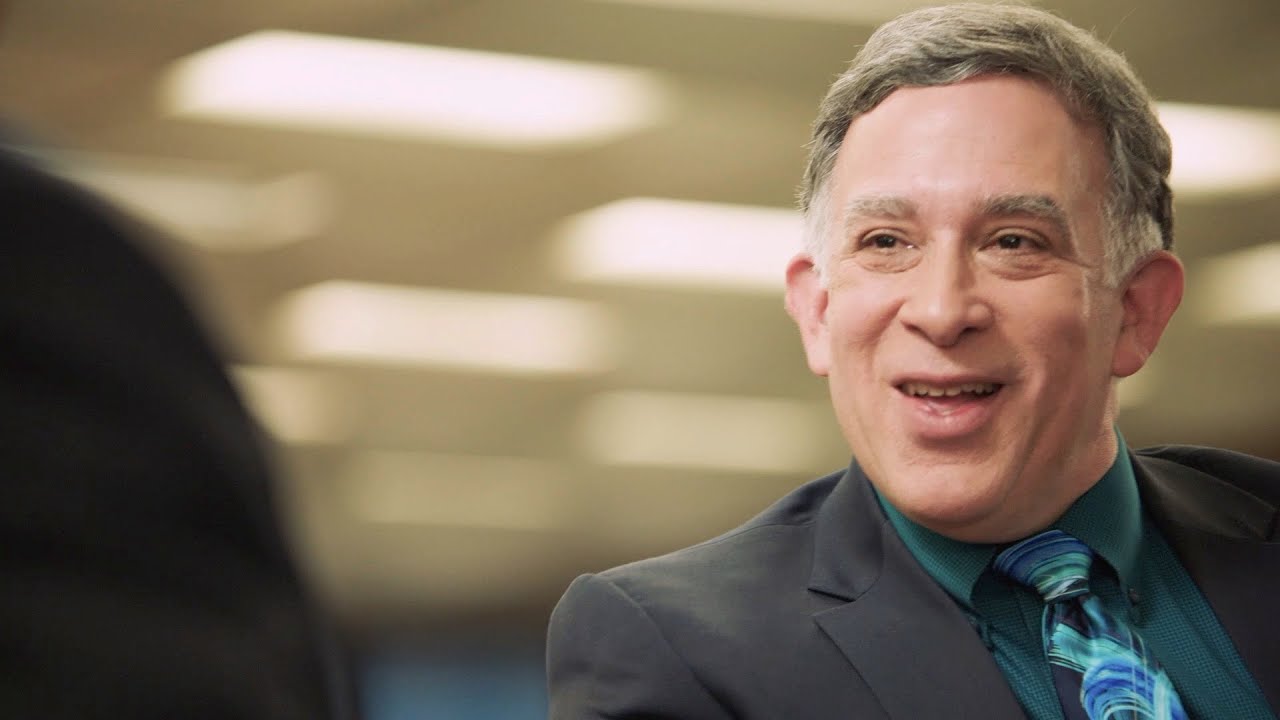 University students will graduate and ask their employers “where is my software robot and how do I automate this outdated manual process?”.

U.S. states California, Maryland, Ohio, and Texas are all using UiPath. Montgomery County in Maryland, Los Angeles County in California, and the Village of Deerfield in Illinois are deploying RPA and getting awards as a result.

'Cloud first' has dragged on for years, but the consolidation of data centers for efficiencies still has a long way to go and the promise of federal shared services to improve government operations has not materialized.

April 2020 will mark the birthday of the first RPA robot at the NASA Shared Services Center. In three short years, thousands of labor hours have been saved along with backlog reductions, improved compliance, increased capacity, and funds freed to roll into mission-critical activities. And, most importantly, in many cases government employees are leading this transformation.

To achieve the goals outlined by the GSA chief financial officer (CFO), government agencies will need to leverage the private sector. But the positive results of retraining seen thus far illustrates that government employees can become part of the new jobs needed for the future workplace.

The federal government is not lagging behind the private sector, nor are federal employees afraid of it. RPA is having a positive and direct impact on the mission of many U.S. agencies across many functional areas. Stay tuned over the next few months as we share where and how these ‘automation first’ mindsets are contributing to government.

Championing Progress in Government Digital Modernization: Highlights from TOGETHER DC 2022