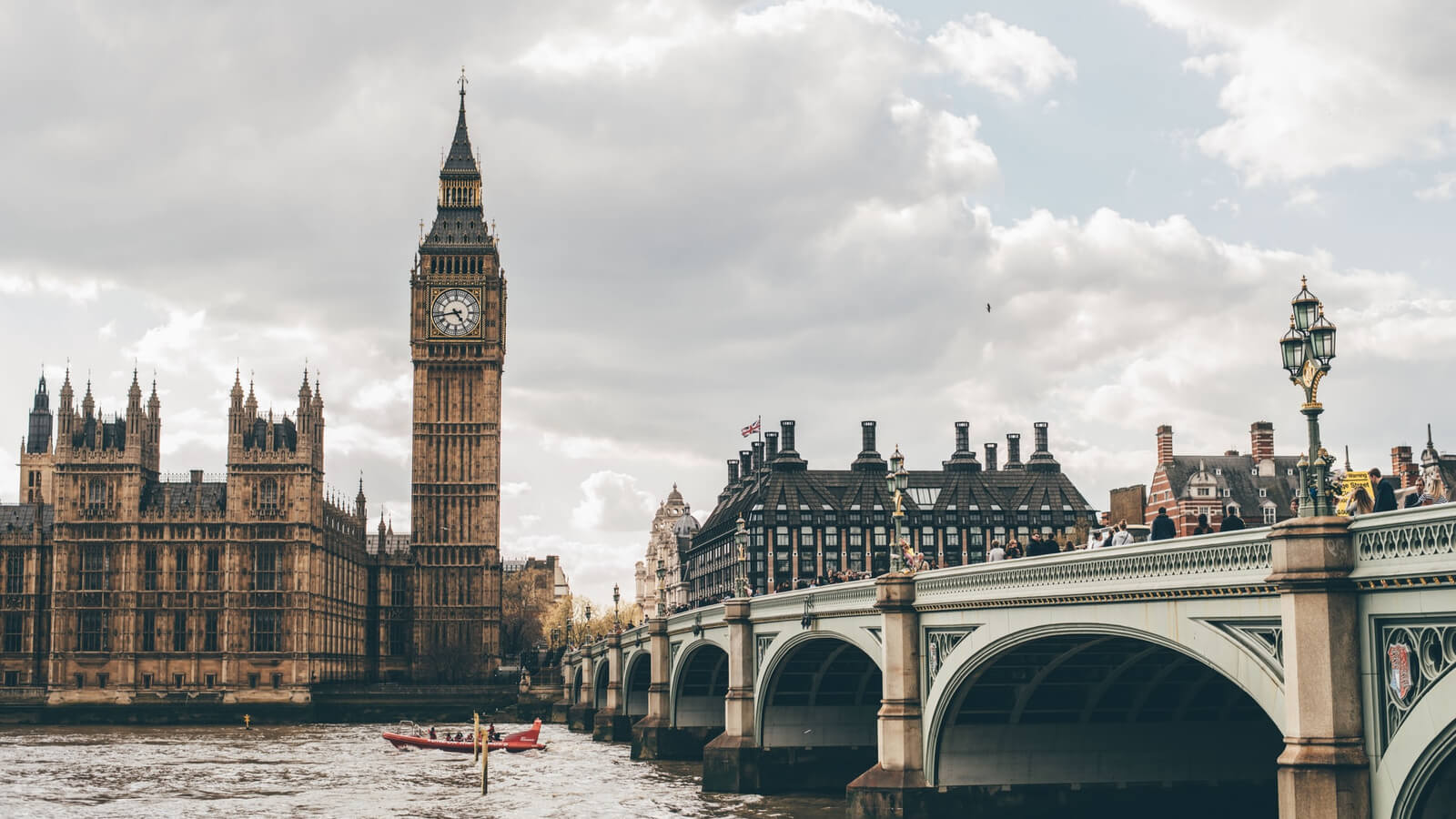 At our 2018 FORWARD EMEA event, we showed companies how to transform every aspect of their business with Robotic Process Automation (RPA). While we plan to bring even more stories of digital transformation to our FORWARD III attendees next week, there’s still plenty to learn from our 2018 presenters.

We had an outstanding collection of panelists, industry experts, and customers who talked about their wins—and challenges—with digital transformation, including leaders from Google, Deloitte Consulting, and Everest Group.

They showed us that the technical elements help things run smoothly, but that success isn’t just about the code—it’s also about creating a strategy to support the people pushing your company forward.

Our presenters shared their hard-earned lessons on how to start, scale, and transform RPA strategies. They taught attendees that success hinges on knowing when and how to implement your robots with your human teams, and what those teams need along the way.

This includes developing a vision for how RPA would evolve within their companies, both for the businesses overall and for the people using it every day. They showed that you need not only a plan for how to expand but also a strategy for how to handle technology failures, process bottlenecks, and resistance from leadership.

Here are three key takeaways to better accelerate RPA implementation, straight out of the presentations from our partners, RPA users, and customers at our 2018 FORWARD EMEA event in London.

1. Use robots to make people better, not replace them

While RPA certainly saves companies time and money, it's not just about the bottom line. RPA improves your human workers' workdays, allowing human workers to be more efficient and more productive.

When you automate key processes within your organization, it's important that your robots have the end goal of freeing up your talent and resources to do more important work.

While the nuts and bolts of the automation were correct, Ladbrokes shared at the FORWARD EMEA event that the initial solution wasn't user-friendly and ultimately resulted in employees repeating the work manually and losing faith in the technology.

Then the company discovered UiPath and decided to try RPA automation again.

While it still had to be a financially attractive solution, this time their strategy centered on the value to human workers at their new shared service center in Manila.

“The automation objective was never about reducing heads; it was never about saving FTEs and money,” said Daniel Lawrence, CEO and Cofounder of Lawrence & Wedlock. “It was about freeing up the talent and resources they already had to do things that were more important.”

The Manila team was responsible for ensuring compliance with the UK Gambling Commission's growing regulations around customer compliance operations.

To help the team cut down on manual, repetitive tasks that took time away from high-value work, such as customer questions and quality assurance, Ladbrokes partnered with RPA specialists Lawrence & Wedlock.

Historically, this process took a lot of time, requiring human team members to manually verify identities and government IDs and cross-check customer identities, ages, and addresses with other databases to prevent fraud or illegal activity.

By focusing on automating a process that directly affected workers and not just their budget, Ladbrokes was able to come up with a user-friendly strategy that was creative, flexible, and responsive to change.

At the same time, the new RPA solution was able to complete the KYC work 88% faster than with manual processing and was 100% accurate. The work that had taken team members five minutes to complete was done in 49 seconds by the automation.

“What [RPA automation] was doing was taking somebody who could do better work and allowed them to do better work,” said Brendan MacDonald, Director of Customer Compliance Operations for Ladbrokes Coral Group.

The first day of live operations saved 51 hours of work, and, within its first four weeks, the KYC automation process carried out more than 7,000 customer verifications. By the end of its first year, automation had saved employees 5,500 hours of work and £25,000.

Moving forward, the Ladbrokes Center of Excellence (CoE) plans to further improve the workdays of the company's team and the experience of their customers by using RPA in tandem with chatbots.

In order to build smart robots and smart processes, you need smart people, and we're not talking only about developers.

Aside from a team of technically excellent developers and consultants, you need savvy people looking at your processes and using them to understand when something should be automated and whether a process is even necessary in the first place.

Onstage at the 2018 Forward EMEA event, Neil Davies, automation manager at Admiral Group, discussed this point as a lesson learned in the organization's RPA implementation journey.

“Give me smart people and I'll give you smart robots,” Davies said.

When the Admiral Group—a financial services intermediary in the UK—started folding software robots into their operations in 2016, they didn't think they needed a support team. But after trial and multiple errors, challenges, and hang-ups, the company realized that the robots they built were only as smart as the supporting human teams designing and using them.

So they went back to the drawing board, this time knowing they would need guidance from an RPA CoE and the contributions of the people who best knew the processes to automate: their employees.

By tapping into the knowledge base of not only practiced RPA experts but also their human teams, Admiral was able to identify whether processes were worth automating and what the best way to use robots would be.

Since 2016, Admiral has gotten smarter about how, when, and why they implement RPA.

When people come to the Admiral team asking for complex processes to be automated, the team doesn’t just say yes. Instead, they critically look at the process to determine whether it's necessary and whether it can be broken down into a series of simpler processes.

When companies jump into automating complex processes for the sake of it, without a team that fully understands the steps to implementation, things often go wrong before the automation is off the ground.

As Admiral discovered, you must take a step back and evaluate not just why you want to automate a process but also who you want to help roll it out and maintain it later on.

3. Anticipate change and embrace the unexpected in your automation.

Any operator or business owner knows that even the best-laid plans have surprises. Over time, your processes, customer needs, team structures, and workloads will evolve. Your robots will need to evolve along with them.

“Automation is exciting, but it's also full of surprises,” Davies said.


Having an RPA strategy in place for handling the unexpected from the start ensures that when these challenges arise, your team is ready and able to adjust as necessary. And a key part of that strategy is a willingness to improvise and adapt as only humans can.

Key parts of a strategy that include the unexpected are:


The people who carry out your automation implementation are a large part of a successful RPA strategy. While it's tempting to view automation as a way to alleviate the human interaction within your processes, the success of your RPA implementation and strategy depends on keeping the humanity of your business strategy intact.

Automation should complement the auditing, oversight, and strategy developed and maintained by your team over time, preserving the part of the business that allows a company to address the unexpected.

Viewing your RPA automation as an ongoing relationship will keep you open to the opportunities for further automation and the evolution required as changes occur within your organization.

Davies also warns against jumping the gun for the sake of meeting a launch date.

Recognize that change also includes delaying processes that aren't ready for robots yet, such as recognizing when data and a process need to be cleaned up to be more logical and uniform and shifting your strategy to include them when they are ready for RPA.

“Things do change, and they change fast. . . . The upside was that if anything changes, it's a very quick, easy, flexible job,” Lawrence said. “You can change [the Robot] in a blink of an eye.”

Fast forward to 2019: Admiral has “robots in every single one of their departments,” says Guy Kirkwood, chief evangelist at UiPath.

A successful RPA solution needs more than just great code. It also requires a strategy that puts people first: the people programming the robots, the people planning how they’ll be used, and the people working alongside them.

That’s why we take time every year to highlight the human experience behind RPA implementation at our FORWARD event. We know that the insights of our customers, partners, and users will help you create comprehensive automation strategies for your own companies.

After all, it's the invaluable expertise of our community members and partners that support UiPath’s ability to provide the best RPA Platform possible.

Join us at FORWARD III to learn more from our global customers and partners about how to implement, scale, and transform your automation strategy.


UPDATE: If you weren't able to join us at FORWARD III, you can still get presentations, videos, and more from the event delivered right to your inbox with the FORWARD III event pack!