Can Robots Think? The Turing Test and RPA

Can Robots Think? The Turing Test and RPA

We’re always talking about how robotic process automation (RPA) is designed to behave just like a human, to interact with your computer just like you would. At this point, the robots need quite a bit of training before they can be sent out as business processers on your behalf, but another interesting question is this: would they pass the Turing Test? 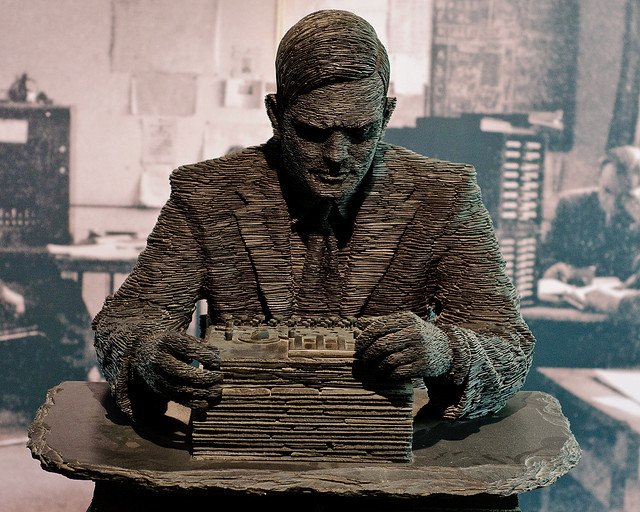 The Turing Test was proposed by Alan Turing in a 1950 paper titled “Computing Machinery and Intelligence.” If the name sounds familiar, it may be because of the recent movie release for The Imitation Game, a biopic on Turing’s life and work as a World War II codebreaker. Turing was a mathematical genius who laid some of the foundations for how we think about computers and machines today. The idea of the test is simple: you have a computer in one room, a human in another, and a human “interrogator” who doesn’t know which room is which. The interrogator communicates with both the computer and the human through textual messages and must decide after a certain period of time which room holds the computer and which holds the human. If the interrogator incorrectly identifies the computer as a human, the computer has passed the Turing Test.

Turing was interested in getting at a fundamental question in artificial intelligence: can machines think? Is it even possible for computers to show signs of intelligence? The test existed only as a thought experiment for several years. The first computer program that was considered able to pass, ELIZA, came in 1966. However, ELIZA was designed to parrot back keywords to the interrogator and spit out generic lines of conversation. Even the claim that ELIZA passed the Turing Test is a matter of hot contention in the field.

Computer programmers have come a long way since 1966, and yet there is still no machine that can consistently fool the interrogator judges. Experts criticize the Turing Test as a poor indicator of artificial intelligence, and the criticism is not unfounded. As long as a computer can act like a human and adopt human behaviors, it can pass the test without any real AI at work. Behaviors can be learned. Some of the most successful programs to “pass” are chatterbots, which are designed for small talk conversation and are at work in most automated customer services (even Apple’s Siri is a sophisticated chatterbot).

As work on robotic process automation technology progresses, it’s likely that RPA robots could pass a theoretical Turing Test where a customer will not be able to distinguish a robot worker from a human. At the same time, we must not restrict the possibilities of RPA software to our own abilities. Perhaps letting go of the Turing Test will launch us into the next era of technology.

This is the second part of a series on the history of computer robotics. Read the first part here.