Robotic process automation is the innovative technology that enables you to create and deploy software robots specialized in interpreting and performing repetitive, process based work.

These smart robots can act as automated assistants as well as stand alone virtual workers. They simply learn to mimic a person's actions by capturing and recording them on the screen as they are performed and can manipulate existing applications while executing specific tasks.

UiPath’s Front Office Robotic Automation pushes specific software robots to designated user groups, where they appear in an icon tray. Human agents have full control over which process they chose to activate with a mouse click.

Agent-Assisted Robot: The robot is deployed via the server to an employee’s workstation, who access it from a desktop menu and has control over where and when it is used.

Front Office Server: It is a central repository for automation scripts (or artifacts). It manages version control and aggregates robot logs. It also provides monitoring, reporting and security capabilities.

UiPath Back Office Robotic Automation is an automation platform that can orchestrate queues of transaction work with scheduled pools of software robots, and easily manage dozens or hundreds of robots from a browser-based dashboard.

Autonomous Robot: The autonomous robots can automate any number of back office workflows. Human intervention, required by process exceptions, occurs at the server, not workstation, level.

Back Office Server: With the introduction of UiPath’s Robot API, robotic software can finally “talk with world”. In the old, closed, robotic automation systems, robots could only communicate with their proprietary servers.

Please share and let us know what you think about the Robotic Process Automation Infographic in comments below. 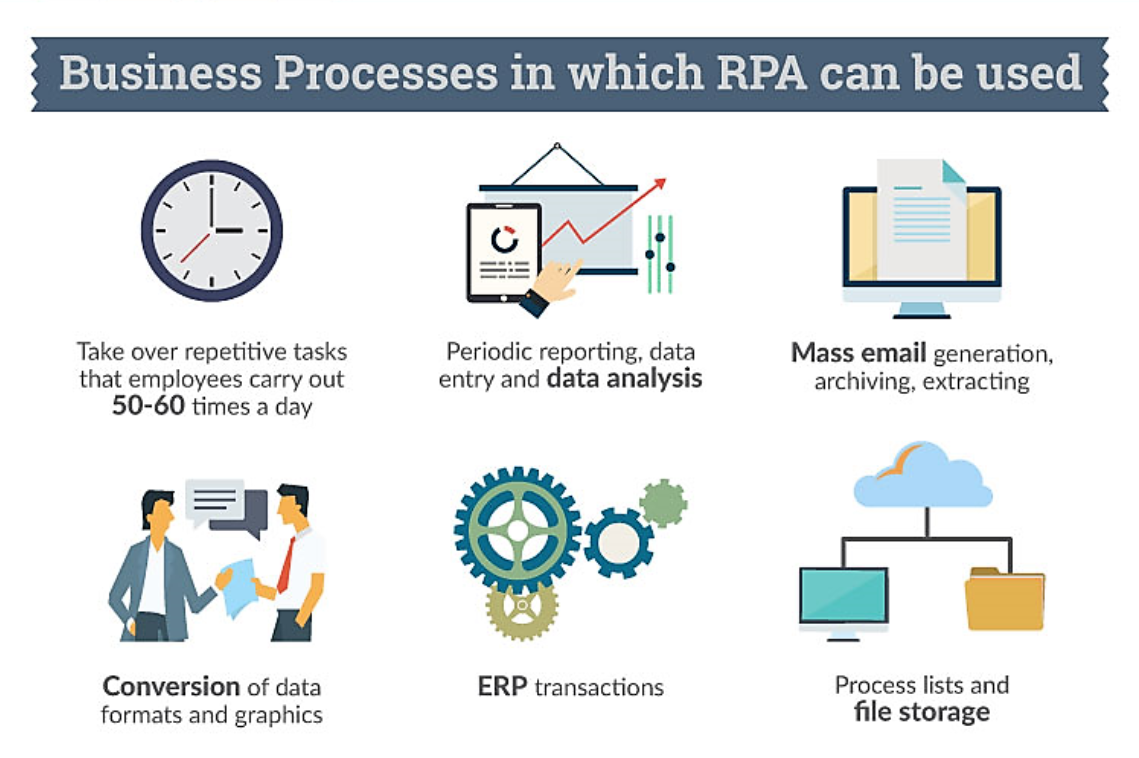