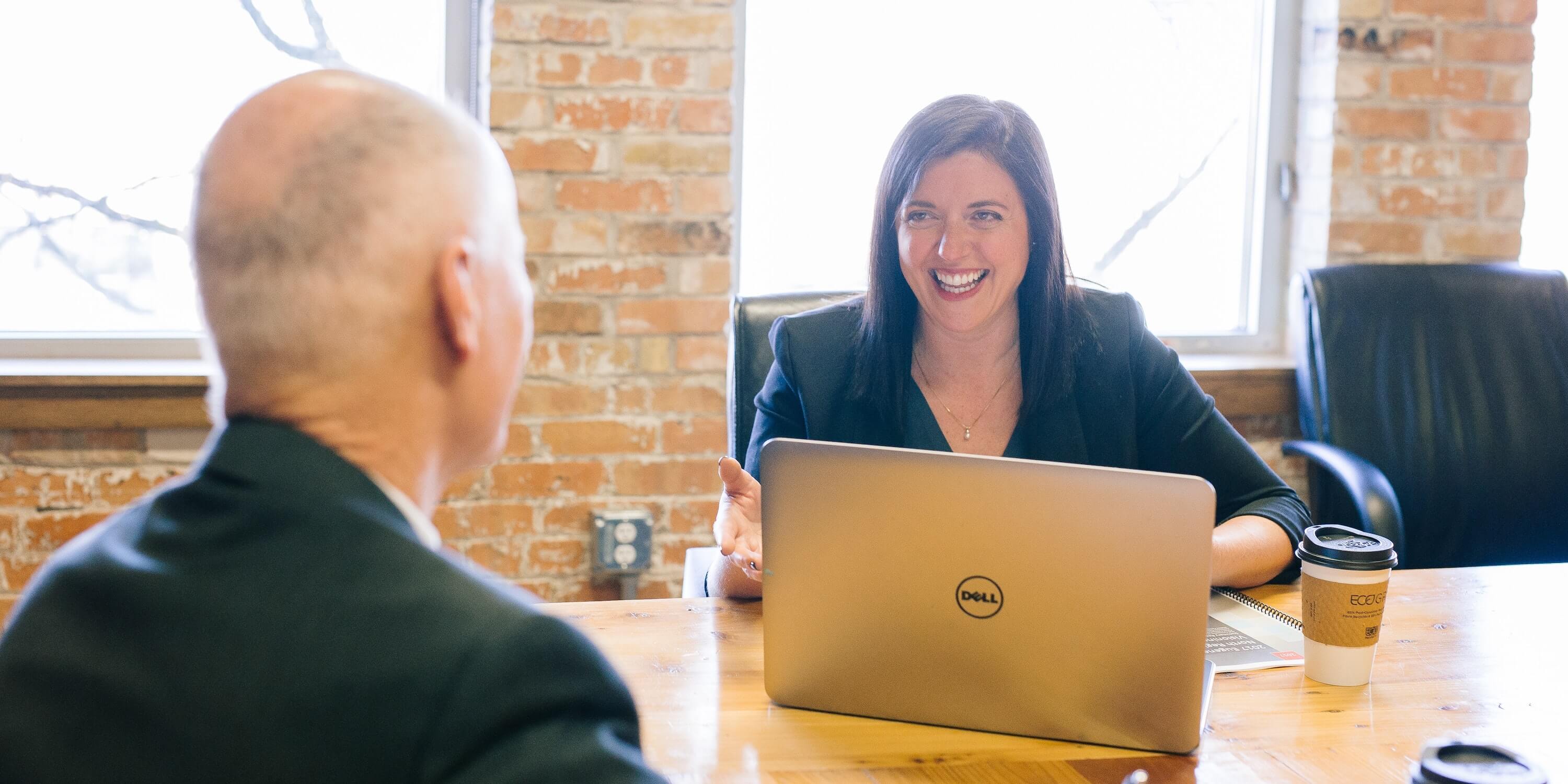 This is a guest post by Siyong Liu, general manager at CFB Bots. CFB Bots is an official UiPath partner.

According to a Gartner press release, robotic process automation (RPA) was the fastest growing segment of the global enterprise software market in 2018. More recently, research by Dave Vellante, co-CEO of SiliconANGLE Media, highlighted RPA as the technology most commonly adopted by enterprises across the survey period of April 2019 to 2020, alongside machine learning (ML) and artificial intelligence (AI). 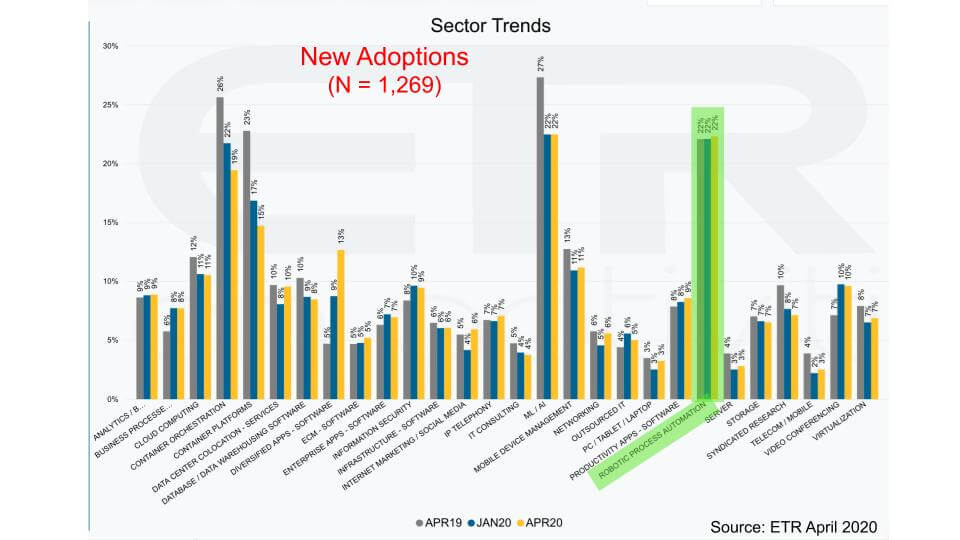 Yet, for a technology that has generated so much hype and investment dollars, the results have been mixed for organizations. For example, the 2019 Deloitte Global RPA Survey found that scaling RPA remains a major hurdle and only 3% of surveyed organizations had scaled beyond 50 software robots. And a 2017 EY study found that 30-50% of initial RPA projects fail.

Notwithstanding these hiccups, our point of view remains that we are entering an ‘automation first’ era led by citizen developers. Back at the dawn of the personal computing era, Bill Gates famously declared his ambition to put a desktop computer in every home and office. Similarly, at CFB Bots, we share the UiPath vision of a world where there is 'a robot for every person.'

To help you in your own RPA journey, we have put together the top 14 quotes that will change the way you think about automation. Happy reading!

Many marketers have promoted RPA software as a tool for achieving the quick wins, i.e. automating existing processes "as is." While this approach might work, based on our experience, optimizing the processes prior to automation usually leads to superior outcomes.

This typically involves reengineering business process, harmonizing processes across business units and geographies, process simplification and the like, as well as the accompanying change management. Remember, humans are creatures of habit! We enjoy routines and predictability and many a times, a process is performed in a certain manner purely out of habit, even though circumstances might have changed.

“Automation is good, so long as you know exactly where to put the machine.”

As enterprises rush to digitize their processes and automate them, many are confounded by what seems to be a deceptively simple question – which are the right processes for RPA? There is no doubt that this is an extremely important question to answer.

Related read: 5 Factors in Choosing Which Processes to Automate

According to SSON, the poor choice of process for initial pilot (e.g. too complex, too many exception paths, etc.) is the leading root cause for failure to meet customers’ expectations.

“It is difficult to get a man to understand something when his salary depends upon his not understanding it.”

“The productivity of work is not the responsibility of the worker but of the manager.”

Change management—otherwise known as the elephant in the RPA room.

If an employee’s job mainly involves performing mundane and menial tasks, it is natural that he or she views RPA with a sense of trepidation or automation anxiety. The corollary is that there will be a “conflict of interest” when they are asked to participate in RPA projects, particularly as a subject matter expert to help ‘train’ the software robots that will soon be handling some of their tasks.

This is one of the reasons why automation has to be a C-suite initiative. It is perfectly fine to crowdsource ideas from your employees (i.e. bottom-up innovation), but there has to be executive sponsorship in the first place. Two important areas which the sponsor needs to focus on are stakeholder communications and employee reskilling/upskilling.

At the end of the day, employees are simply looking for an equitable distribution of the gains from automation.

“Clearly the most unfortunate people are those who must do the same thing over and over again, every minute, or perhaps twenty to the minute. They deserve the shortest hours and the highest pay.”

“I predict that, because of artificial intelligence and its ability to automate certain tasks that in the past were impossible to automate, not only will we have a much wealthier civilization, but the quality of work will go up very significantly and a higher fraction of people will have callings and careers relative to today.”

According to the State of Play: Employee Experience in Singapore report by Qualtrics, a whopping 40% of employees say they don't look forward to going to work in the morning (versus the 29% who say they do). This is undoubtedly a key reason why productivity in Singapore remains persistently low.

Going deeper, the research uncovered key drivers of the desire to go to work. After confidence in the company's leadership, the next most important factor for employees is the ability to try out new things in their jobs. Intuitively, this makes a lot of sense. Employees are humans after all, and they do get bored if they are performing the same mundane, repetitive work day in and day out.

In this age of digitalization and automation, it is high time that we take the robots out of humans.

Machines are great. Humans? Even better.

“Nothing in life is to be feared, it is only to be understood. Now is the time to understand more, so that we may fear less.” - Marie Curie

Again, the emergence of disruptive technologies like RPA, machine learning (ML), and AI is fueling automation anxiety, understandably so. Perhaps ironically, the group that stands to benefit the most from technology are often the most resistant to change.

While automation anxiety about any robotics initiative is understandable, it is clear that such employee apprehension is often misplaced. In this regard, change management is vital. Organizing employee town halls, showcasing employee testimonials, offering upskilling/reskilling opportunities, etc. are some means to address employees’ concerns about RPA.

“What is happening with automation and globalization, that's not going away.” - Campbell Brown

There is no sunset industry, only sunset thinking. In the ‘automation first’ era, every employee, from the CEO to the janitor, needs to adopt an automation first, digital-first mindset. Put another way, it is vital that we disrupt ourselves before we get disrupted by others.

“There will still be things that machines cannot do. They will not produce great art or great literature or great philosophy; they will not be able to discover the secret springs of happiness in the human heart; they will know nothing of love and friendship.” - Bertrand Russell

Notwithstanding automation anxieties, according to McKinsey & Company, less than 5% of all jobs can actually be fully automated using currently available technologies. On the other hand, approximately 60% of all jobs have at least 30% of constituent activities that can be automated.

“Automation is cost cutting by tightening the corners and not cutting them.” - Haresh Sippy

When it comes to automation, many executives placed too much attention on full-time equivalent (FTE) reduction and removing costs. On the other hand, the ability to ensure regulatory compliance and to instill good governance with digital workers have often been overlooked when organizations discuss the benefits of process automation.

Some of the other benefits that we have observed in our customers include:

RPA is not a zero-sum game. When applied meaningfully, RPA has the potential to achieve the “triple-win” for shareholders, customers and employees.

On the future of work

“In many cases, jobs that used to be done by people are going to be able to be done through automation. I don't have an answer to that. That's one of the more perplexing problems of society.” - John Sculley

In a capitalist society, businesses look to lower their input costs, of which labor is a critical component (especially for services-oriented economies). Lest we get complacent, we need to bear in mind that this digital disruption is going to impact most, if not all industries.

"Digital is the main reason just over half of the companies on the Fortune 500 have disappeared since the year 2000." - Pierre Nanterme

We are on the cusp of a new age of digitalization and automation. This is driven by two trends: the popularity of low or no code platforms and the rise of citizen developers.

In the fourth Industrial Revolution, digital administrative and clerical tasks in front, middle, and back offices will be automated the way industrial robotics automated production on the shop floor.

And as the focus of automation shifts from manufacturing to services, this digital workforce revolution is going to dramatically transform the services industry, bringing about an unprecedented level of efficiency and effectiveness.

On laws of automation

At CFB Bots, we have our own three laws of automation: