Since robotic process automation (RPA) has become more and more common in recent years, it’s a growing topic of conversation throughout the world of business. For this reason, you might already be familiar with some of the 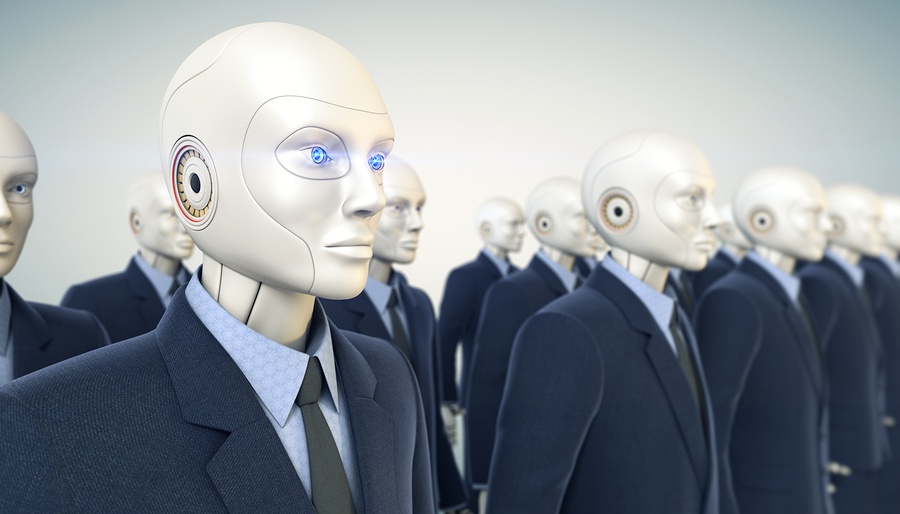 impacts that RPA can have on different practices or across different industries, but how much of an impact will RPA have on business process outsourcing (BPO)?Recently, great numbers of business process outsourcers have turned to robotic software to automate back office processes, such as FAO, HR management, and procurement - processes that normally require a human employee to accomplish.

It has been estimated that done by shared service, captive, or outsourced operations can be automated using robotic software. This technology not only drastically reduces the cost of labor for business process outsourcers, but it produces better quality work and allows employees to focus on tasks that are much more meaningful.

Instead of being replaced by robotic software, BPOs are able to use that technology to their and their clients’ advantage. Since robotic process automation implementation is much easier than other automation technologies, clients might want to implement it themselves. Yet BPO providers will still remain a top choice for many companies, especially for many front office tasks, such as customer service and marketing, that cannot yet be fully automated with robotic automation alone - and with the same ease and cost-effectiveness as before. Robotic software technology allows business process outsourcers to address their clients in a more efficient and cost-effective way.

Using robotic software technology, BPOs will not only reduce costs for their customers but also also increase the quality and reliability of their outcomes. This will allow them to gain an even more competitive edge and continue to be attractive for many clients.

The Benefits of RPA for BPOs

Yet, how, specifically, can BPOs use RPA to their advantage? While most BPOs are already familiar with the use of automation software, advances in technology and the rise of RPA solutions are revolutionizing for BPO providers.

According to Capgemini, “...the ever-increasing sophistication, and consequent application, of RPA in the BPO domain is now swelling a virtual workforce as never before. The new wave of RPA can so dramatically increase the capacity to do work, in such a cost effective manner and with such a heightened level of accuracy, that labor intensive back office functions are being ‘picked up’ by rapidly advancing RPA Technologies.”

The use of automation is becoming increasingly common among mature BPOs, and it’s clear that the development of RPA has allowed for even further innovation and progress in the world of outsourcing. BPOs are quickly automating their back office functions in a way that is more cost effective and responsive than ever before. In order to more clearly see the advantages of using RPA, let’s consider the benefits of RPA in more detail.

Like other RPA users, BPOs can benefit in many ways from this emerging automation technology:

Increased efficiency, accuracy, and quality: Software robots do not make mistakes like human employees do and do not need to take breaks. They work around the clock, 27/4 - even on holidays and weekends.

Improved compliance, security, and analytics: Some robots are able to save their actions into a log where they can be monitored and reviewed. Employees are then able to use the log file to help identify the root cause of exceptions. This provides the ability to produce detailed analytics and enables compliance with industry or governmental regulations.

Higher client satisfaction and retention: Through the innovation provided by RPA, BPOs will be able to set and meet increasingly high service levels.

The Decline of BPOs: Fact or Fiction?

Some analysts suggest that RPA poses a great threat to the livelihood of BPO providers rather than benefiting them. The thinking behind this argument is that RPA will undermine outsourcing by reducing the dependence that organizations have on BPOs and outsourced workers.

Instead, these analysts suggest that work would migrate back locally and tasks would be completed by the organization itself - through the use of RPA - instead of having tasks completed offshore. Based on this logic, software robots will eventually eliminate the need to outsource work altogether. Here, we must consider the talk surrounding the “death" of BPO providers at the hands of RPA.

A recent KPMG report argues that the rising cost of labor is causing BPO to become an unviable option and that technologies, such as RPA, AI, and other cognitive and automation platforms, are advancing to create more sustainable options.

The same report suggests this trend will cause companies to turn to more advanced machines rather than relying on BPOs for the work they need to complete, thus eventually eliminating the need for human workers and BPOs.

Here are some hard facts that suggest a decrease in the use of BPO is possible. Although it is still a hotspot for outsourcing, India is experiencing a decline in outsourcing. Between 2011 and 2014, the number of deals worldwide declined by 61% and value of these deals shrunk from $206.8 billion to $120.4 billion. It can be argued that the following factors are contributing to this decline even more:

Despite the frenzy, a complete replacement of BPO providers by RPA is not likely at this point. Some industry insiders even argue, according to an article by Sourcing Focus, that RPA is a lifeline for BPO providers: “As BPOs realize the limitations of labor arbitrage, they must seek innovative ways to gain competitive advantages (RPA) addresses this challenge by presenting a third alternative to onshoring and offshoring; serving as a completely new way for BPOs to manage processes across global industries.”

In the aforementioned Sourcing Focus article, it’s argued that, rather than being replaced by the developing automation software, BPOs will only benefit from the use of RPA. BPOs have always worked to handle large volumes of transactions at a lower cost than can be achieved by organizations themselves. RPA does an provide an alternative for organizations to bring their BPO work back in house, yet BPOs will evolve and respond to these developments by incorporating RPA into their own processes.

In the future, it is expected that RPA will continue to evolve and become more advanced, further allowing BPOs to improve their offerings. Even with the development of RPA, client needs for outsourcing will not disappear, especially for certain front-office tasks that still cannot be fully automated using RPA. Until RPA is able to entirely automate all of the services that BPOs provide or until other automation platforms such as AI and cognitive become more commonplace, BPOs will be here to stay.

BPOs are constantly expected to provide more innovative and efficient solutions for their customers and need to maintain a competitive advantage over other outsourcing providers. Consequently, RPA is becoming a more attractive option to do so, allowing BPOs to reduce costs and be even more productive.

The adoption of RPA is no longer a question of “if” but rather “when.” RPA is no longer a choice for BPOs but rather a necessity that they need to quickly adopt in order to stay current within the market. The development of RPA is a disruption in terms of how BPO providers will handle their work, but overall, RPA implementation will only be a minor change in operations that is picked up by all BPOs and organizations alike.