Robotic process automation (RPA) is already bringing great transformation to how a wide range of industries operate on a day-to-day basis. The technology is able to help companies execute various business activities quickly and accurately at reduced costs with less need for human intervention than ever before. As such, it has been suggested by some technology analysts that RPA has the potential to eventually replace the human workforce. 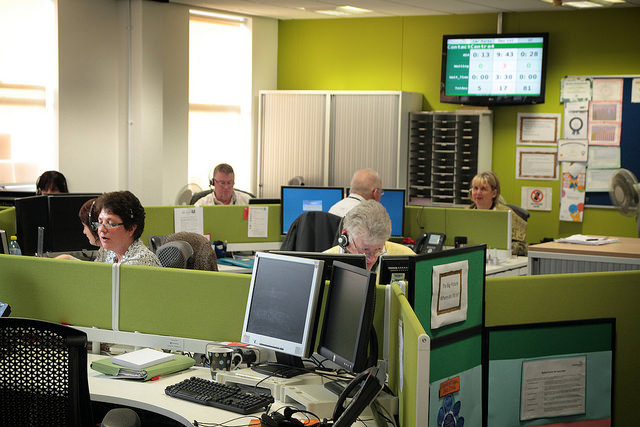 But is this suggestion actually viable? Can RPA software robots actually steal jobs currently being performed by humans? These “robots” are certainly coming, but they are not here to negate the need for humans in the workplace. Leading experts suggest the complete replacement of human employees by robots is not likely and that RPA is much more likely to contribute to job reallocation and even job creation. Additionally, many industry experts assert RPA will fundamentally alter the way human perform current job functions.

But how so? If RPA software isn’t attempting to steal jobs from human beings, how will it alter the roles of employees? In order to more closely address these questions, let’s consider the discussion surrounding job elimination, the impact of RPA on the ways we work, and who is impacted by the rise of this emergent technology.

RPA certainly has the possibility to impact all jobs in some manner, but the current capabilities of the technology do not allow it to entirely replace the need for a human workforce.

In an article entitled Where Machines Could Replace Humans - And Where They Can't (Yet), leading consulting firm McKinsey & Company suggests that “currently demonstrated technologies could automate 45 percent of the activities people are paid to perform and that about 60 percent of all occupations could see 30 percent or more of their constituent activities automated.”

As you can see, these statistics show in the next 10 years RPA is much more likely to replace specific tasks than an employee’s position. Ideal processes for RPA automation are rules-based, repetitive, and include, for example, order processing, copy-paste, and data migration. Despite the impact RPA can have in the back office, many complex tasks, especially those in the front office, require humans to complete. RPA software robots are not yet capable of automating certain capabilities unique to humans such as problem solving, creativity, and human interaction.

In addition, RPA still needs external support from humans in order to be successfully implemented. Humans are needed in order to determine processes suitable for automation, to establish this automation, and to monitor the performance of the robots. The technology is not yet able to operate entirely independent from humans nor is it currently able to reproduce the higher-level thinking and actions of which humans are capable. For these reasons, anxiety about RPA replacing the need for a human workforce any time soon is irrelevant.

Changes in How We Work

We mentioned RPA will cause changes in work, but what exactly does this entail? How will these changes impact the way companies function and view an employee’s role?

Instuite for Robotic Process Automation (IRPA) Founder Frank Casale, in considering this shift in work in a whitepaper titled Introduction to Robotic Process Automation, believes “it makes sense to work with RPA not necessarily to put workers on the unemployment line, but to retrain them in ways that makes sense for what we are capable of creating and producing in the 21st century.”

Thus, rather than being replaced completely, the human workforce will be augmented and jobs will be redistributed. With RPA implementation, employees will no longer be bogged down with mindless and repetitive tasks - the robotic workforce is much more suited for those. They will instead able focus on tasks that are much more valuable and productive for the business, such as application development, marketing, and maintaining customer relationships. Employees will be empowered to fill roles that allow them to be more creative and inventive, thereby creating business value and fostering deeper customer engagement.

RPA is most commonly and easily used to automate back office tasks, thus it’s easy to see how RPA will impact workers whose work is limited to the back office. But RPA is also impacting knowledge workers that are already focused on higher-end tasks. Let’s consider, for example, employees involved with certain high value finance and accounting processes such managing risk and compliance, completing tax returns, developing accounting software, and financial advising.

In their whitepaper Robotic Process Automation in the Finance Function of the Future, Ernst & Young maintains that even finance personnel will be faced with a change in their activities and their skillsets: “Core finance...[skillsets will change], as more capacity will be used in tasks requiring more intelligence like advanced analysis and interpretation, review and approval, decision making.”

RPA’s impact is not limited to back office workers — it also extends to those already involved in high end work. While RPA is capable of automating certain simple tasks autonomously, it requires human intervention when tasks are more complex. Working alongside robots, knowledge workers are able to more effectively apply their analytical and problem solving skills where needed in order to make decisions and reach company goals. In close cooperation with RPA, even higher-end knowledge workers will experience a shift in their roles. Instead of eliminating jobs, RPA is influencing the responsibilities and roles of workers regardless of the complexity of their jobs and is facilitating the development of knowledge workers.

The Future of Work

While RPA may still be in its early stages and widespread adoption of the technology is only just starting, it’s already made a large impact on the way organizations and their employees are able to accomplish tasks and achieve company goals. Still, in order to better understand RPA’s impact on the future of the human workforce, it’s crucial to also consider the contributions of future technological developments and advancements in RPA capabilities. Through collaboration with technologies like artificial intelligence, RPA will be able to aid employees with even more complex business processes and activities.

While the full capabilities of these future technologies cannot yet be known, these considerations will help us to understand the full scope of the impact on the future of work. RPA has already made positive impacts on the human workforce and has an even more promising future ahead, especially when considering the possibilities of humans working alongside these new technologies.