As the global economy diversifies and an increasing number of markets arise and develop, robotic process automation (RPA) will undboutledly find its way into new parts of the world and new business sectors. This is especially the case in emerging markets. These emerging markets include countries — Mexico, India, and countries in sub-Saharan Africa and Latin America, for example — that are quickly moving towards more developed markets and adopting new technologies. 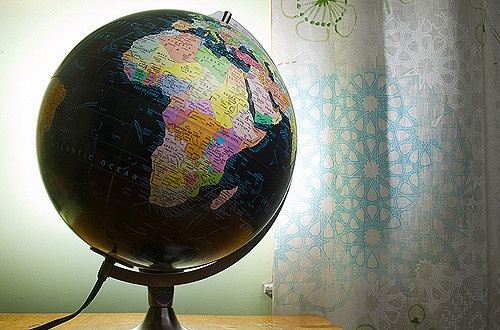 Despite the well-known benefits of RPA automation, there are often doubts surrounding the impacts of automation, artificial intelligence, and machine learning technologies on our growing world. As a result, some tech insiders suggest these worries should also concern businesses and workers in emerging markets. In order to get a better picture of the realities, let’s examine and dispel the arguments against RPA in emerging markets. In addition we’ll discuss how RPA is poised to act as a major player in the biggest emerging markets and how RPA will help these markets refine and streamline their business practices.

Why Not RPA in Emerging Markets?

In today’s digitized business climate, automation and robotic technologies are typically not new in developed countries, markets, and businesses. However, they are often new developments for emerging markets, which may not already have the infrastructure present to support these changes. Some argue that, in order to avoid “premature deindustrialization” within emerging markets, the introduction of these technologies and the implications thereof should be carefully considered for two main reasons:

The rapid development of automation technologies like RPA is already having large impacts on economies, both developed and developing. However, it’s possible emerging markets will be most negatively impacted, specifically because of the potential loss of low-skilled labor and a major shift to high-skilled labor. Automation, for example, could entirely replace the foundation these emerging markets rely on by replacing the need for these countries to provide low-cost labor to the global marketplace.

While these arguments likely have some truth behind them, the threats to emerging markets by RPA and other automation technologies are often over-exaggerated. A publication by The Economist suggests that: “Countries that take advantage of new technologies will exploit opportunities to leapfrog ahead, both technologically and economically...Despite the challenges, change is afoot.”In fact, RPA and automation technologies can deliver sustainable success to emerging market companies, especially in the IT and industrial sectors. Based on a report from RBC entitled Global Megatrends: Automation in Emerging Markets, the ways that emerging markets can and will benefit from the development of RPA include:

In addition to transformations in developed markets, RPA is already making great strides in emerging markets, and it would appear it’s only a matter of time before companies in these emerging markets leverage RPA as a key driver in productivity and efficiency. After overcoming the initial challenges associated with deploying RPA, these companies can rest assured they will be able to take advantage of the benefits of RPA, regardless if they are RPA pioneers or not.

Despite possible doubts regarding RPA’s impact in emerging markets, the discussed benefits of the technology  — cost reduction, a boost in operational capabilities, and the possibility to reduce the gap with competitors — point towards an increase in its future adoption. Rather than being just an option for increased opportunities of success, the adoption of RPA is becoming a necessity for companies. This is especially true for companies within emerging markets that want to attain and maintain successful business outcomes in a competitive global atmosphere. Because businesses within emerging markets often must rely on a small pool of human workers and limited fluid capital for technology investment, RPA is often the most affordable and flexible option for companies to increase business capacities and attain long-term success.