What We Mean When We Talk About Robots

What We Mean When We Talk About Robots

We’ve all probably been here: at a party with distant relatives or acquaintances not seen in years, when you swear to yourself that you will tear your hair out if you have to explain one more time what it is you do for a living. Repeating your “schtick” over and over is tiring, and sometimes, that’s what it feels like to explain what robotic process automation (RPA) is. It’s worth taking a step back every once in a while to gain a better sense of purpose and understanding. In this case, it's about how we talk about RPA. 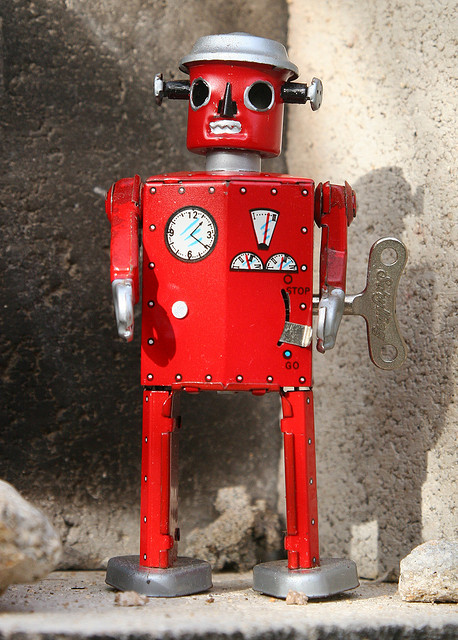 The field of robotics is making strides across the board, in manufacturing as much as in office work. What we traditionally think of as working robots are found in industrial plants and warehouses where repetitive physical actions have been automated with the help of a robot. Then there are the kinds of robots that get a lot of attention from the public press – robots like IBM’s Watson (who won Jeapordy! In 2011) or robots in development that will help in home elderly care. And let’s not forget about self-driving cars as a special kind of robot. All of these robots engage with the world on a physical level. It’s easier to think about a robot if it has some kind of plastic or metal “body.” That’s not the case with RPA.

The great science fiction writers of the mid-20th century (Isaac Asimov, Robert Heinlein, Philip K. Dick, etc.) may have hindered our ability to conceptualize robots. When a machine with artificial intelligence had a physical body, it was a robot. When it didn’t, it was just a computer (think of HAL in the movie 2001: A Space Odyssey). True AI is still a long way off, but the complexity of software like RPA demands a better name than just “computer” or “program.”

And so we landed on calling them robots. The term robotic process automation stuck (there were many moniker variations before it did) because this software is designed to act like a human. On this blog and elsewhere in the RPA world, we often end up referring to “RPA robots” as little minions that will do our bidding. That’s only half accurate. We tend to give them certain anthropomorphic qualities, even though they're just very sophisticated computer programs. We can be fully conscious of the true nature of RPA, and yet it’s easier for the human mind to conceptualize it as a semi-autonomous being.

In a way, we have to use these words – to call them robots – as a way to understand RPA ourselves. We have made and continue to make robots in our own image. When we call the action component of RPA a robot, it is merely the best metaphor we can use to understand that which we cannot conceive.