Robotic process automation has been called a "disruptive technology", which is the label analysts use to identify something that shakes up the status quo.  It is and will continue to shake things up.  RPA will drastically change the worlds of business and outsourcing over the next several years.  Unfortunately, change isn’t always positive for everyone involved.

Whenever a popular news source reports on the growth of RPA or robotics in general, it’s usually under a slightly panicked headline like, “Will the Robots Take Our Jobs?”  At least since the Industrial Age (and probably before), humans have been concerned that machines will take work away from us.  Since that time, technology has created more jobs than it destroyed.  For example, at the turn of the 20th century, 41% of the American work force was devoted to agriculture.  One hundred years later, that number had dropped to 2%.  The portions of the work force no longer needed in agriculture spread to other, burgeoning industries like health care and business. 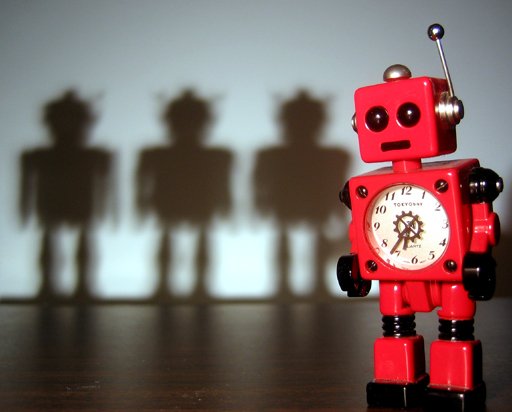 The question then is whether this trend will continue through the rise of RPA and robotics.  It’s true that many of the jobs well-suited for automation are low-paying, repetitive, and dull.  Most people do not find job satisfaction in this kind of work.  Will there be new jobs created for the workers displaced by software bots?  Expert opinion was split in a Pew Research study from August 2014.  Out of almost 2,000 experts surveyed, 48% had a dismal outlook of automation’s impact on the job market and the other 52% were hopeful.  Those who are hopeful about the future cite humanity’s history of creating new jobs as well as the general doubt that technology will progress far enough in the next century to cause major upheaval.  Skeptics argued that automation is here and will only get worse.

Both sides did agree that “our existing social structures—and especially our educational institutions—are not adequately preparing people for the skills that will be needed in the job market of the future.”  There should be no doubt that automation will have an impact which reaches far beyond what we can imagine.  With automation taking care of daily drudgery tasks, the available jobs will require employees trained in the most human of qualities: creative thought and the ability to understand complexity.  It is entirely possible that we will see a dramatic change to the very nature of work in our lifetimes.

So what does the future hold for jobs, RPA and the robotic workforce? We'll leave that for the analysts, but we're confident that RPA will play a positive role.