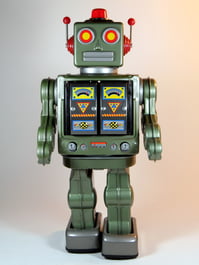 We’re likely all pretty clear on what the definition of intuitive is, but what does intuitive mean in the context of RPA – and why is it important? Before we dive into those questions, let’s step back and review the defining characteristics of robotic process automation: RPA uses software robots to implement process automation and create compelling performance and cost benefits; this automation happens at the user interface level and mimics the actions people take to do their work, so those actions have to be automated before the robots can do the same job.

Why Intuitiveness is Important

As these basics reveal, robotic process automation is very different from such prevalent automation technologies as ERP and BPMS. ERP begins with complex automation templates and customers generally focus on bringing processes into compliance before customizing them. BPMS technology automates processes that have been re-engineered and optimized using business process management methodologies and tools.

In contrast, the RPA technology solution is typically deployed in just two steps: implementing an automated workflow for the target process and then performing that automated workflow with a software robot. Intuitiveness is important for three reasons: it makes both solution steps more efficient and productive; it also makes the people who play roles in those solution steps more comfortable and receptive to learning.

In the first solution step the business user – rather than BPM practitioners or Six-Sigma SMEs – plays the key role.  The reason is straightforward: since the technology automates by mimicking the business user’s current actions, only he has the knowledge to produce an automated workflow.

In the second step an RPA manager, responsible for scheduling and governing a distributed, multi-robot automation solution plays the key role.

As is common with most new technology, developing an intuitive product faces challenges in both form and function.

In the case of RPA, from a form perspective both the business user and manager roles are asked to become familiar and comfortable with a new user interface.

In terms of function, the business user role is required to document process steps, knowledge he has but very likely something he’s never done.

The manager role is responsible for maximizing performance benefits from software robots that are literally invisible, virtual employees and which may be geographically diverse. It’s a certainty this is something the manager has never done.

UiPath Studio & Orchestrator provide examples of how these challenges can be met.

Studio provides a highly visual, well organized user interface. The centerpiece is a blank “canvas” on which the user captures his process actions in a visual, workflow, display. A tool ribbon around the perimeter of the canvas is organized by four common commands:

Orchestrator is a browser-based, visual command center dashboard that enables the manager to coordinate robots and processes. Active robots can be seen and easily started, stopped, rescheduled and monitored.

Studio: since the point of Studio is to fill the blank canvas with an automated workflow for an existing manual process, the business user is provided with tools designed to convert his knowledge into that automated workflow without coding. This is accomplished with:

Orchestrator: provides centralized, visual controls for maintaining, deploying and governing software robots. Real-time work performance can be seen at a glance, while service levels for any prior period can be seen and reported graphically. The scaling of robot capacity to meet work fluctuations is done from the command console, moving seamlessly between server and Cloud as needed.

There can be a tendency for prospective customers to view a product’s intuitiveness as having “soft” benefits, characteristics which are nice to have but not necessarily high in their selection criterion. In fact, that’s not the case.

When a Center of Excellence or Shared Services Center has a backlog of 40 processes to be automated, this magnitude of speed advantage makes a material difference in implementation manpower and ROI arrival dates.

After the implementation step, automation work speed is maximized when the synchronization of work and robots can be monitored visually in real-time via a central command console, and easily adjusted either at the server level or seamlessly in the Cloud.

An example of implementation risk is qualified processes turning out to be more complex than originally understood. Just as intuitive tools enable a business user to quickly translate knowledge into automated workflows, those same tools allow issues of rules and workflow complexity to be rapidly identified, defined and – if necessary - addressed by more experienced automation resources.

An example of automation risk is failure of robots to successfully execute the automated processes due to an unexpected change in the underlying process, alterations to user interfaces or a flaw undiscovered in the testing process. The command center console monitors exception errors in real-time, throwing an immediate alert and defaulting to a self-healing procedure. All robot actions are recorded in log files archived in the command center, enabling a quick analysis and resolution of execution issues.

Not all RPA technology is alike and customers should carefully assess and evaluate a wide range of software providers. As they do so, intuitiveness warrants a weighted position in their selection criterion. It has the potential to make a significant difference in how successfully the automation technology takes root and grows within the organization.