What's the Difference Between Robots and Macros?

What's the Difference Between Robots and Macros? 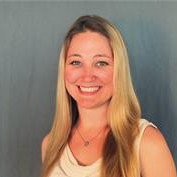 One question we often hear is, "Do I need a robot for that?" For many tasks, a macro might get the job done. But when you need to accomplish more complicated tasks—or even automate the use of macros—only a robot will do. Here's a look at the differences between macros and robots.

A macro is a short sequence of code that automatically expands into a set of instructions to perform a single task. If you are doing something over and over again in code, such as transforming certain text inputs into something else, you can write a macro for that task and call on that macro whenever you need to perform that task. Common macros include keyboard and mouse shortcuts and text substitutions.

Closely related to the macro is the script. The word "script" is a general term for a sequence of computer code that executes a specific procedure or series of tasks. Certain computer languages, like Perl and Python, are known as scripting languages. Most scripting languages are not compiled, but rather interpreted, meaning that they're run line by line. The compiled languages turn the code into something the computer can understand before running it.

In a sense, robots represent the next generation of macros. While macros can perform certain functions automatically once they've been programmed, robots can respond to external stimuli and have their functions reprogrammed. In other words, a robot could even decide when to execute macros appropriately.

Unlike a macro, a robot can act autonomously to use and orchestrate any application, from mainframe and legacy applications to closed third-party API's. This can be accomplished in one of three ways:

A robot can accumulate knowledge of procedures over time, which a macro is unable to do. That knowledge is stored for future use not only by the robot itself, but also by future devices. That makes robots ideal for a variety of more sophisticated tasks like legacy application monitoring and business process automation.

UiPath offers robust, non-intrusive robotic automation with integrated security. Easy to train, our robots require no knowledge of programming or code, and they deploy automatically. You'll find that UiPath offers a true end-to-end management solution, complete with live monitoring, reporting, and analytics. Have a question about how robotic process automation (RPA) can work for your business? Contact us.