Business leaders know that automation is key to future growth. In fact, research from The Economist Intelligence Unit shows that 93% of companies say automation can kickstart digital transformation. “Automation,” however, isn’t one strategy, nor is it even one technology.

As companies start to adopt an ‘automation first’ mindset, they want to know which automation technology is right for them. The choice between Robotic Process Automation (RPA) and application programming interface (API) automation is particularly confusing.

Each has advantages and disadvantages. In many situations, the right answer is a hybrid strategy that uses RPA as the larger framework and API integrations for specific functions.

In this post, we go over what these technologies are, what they offer, and how you can best use each—or both.

What is API automation?

An API is a tool that specifies ways software can interact with an application such that the data from the latter is available in the former.

For example, let’s consider a flight aggregator website like Google Flights. It’s impossible for Google Flights to have a database with information that’s up-to-the-second accurate on every flight. Think about how often flights have delays and how often departure and arrival times change. Think, too, of how many options you might consider when planning a given trip: departure city and date, arrival city and date, price, etc.

Up-to-the-second information is imperative for Google Flights. Without it, the service is fundamentally dysfunctional, and users would likely avoid it. 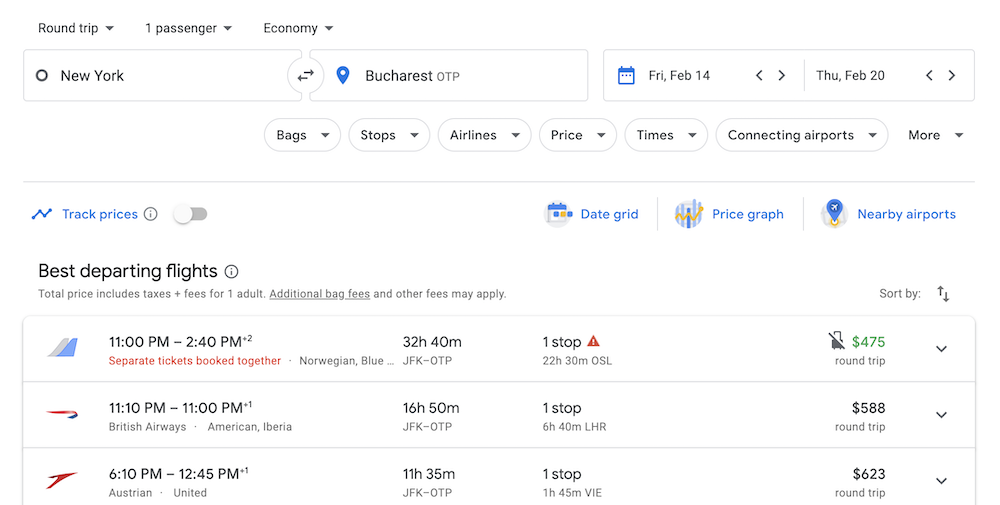 So how does Google Flights get this information? It uses APIs!

Each airline exposes its internal API, which allows flight aggregators to get the data they can use to display flight information. This results in instantaneous responses and tight connections between the two applications.

When airlines or other companies offer open APIs, people can build services on top of them. This isn’t an isolated function. Similar patterns exist for other aggregator services, such as Kayak, and across all kinds of services, such as tools that display the weather, sports scores, or stock prices.

RPA vs. API: The differences

Though RPA interacts with software on the front end, the most common use cases tend to occur in the back office. This is where humans are traditionally tasked with repetitive processes.

Humans with repetitive, rules-based jobs, such as data entry or verification, are inefficient and likely to make errors. Software robots are better suited to these tasks. When organizations empower their employees to use robots, employees can focus on more creative tasks.

Despite the front-end and back-end difference, RPA and API automation technologies are often useful in conjunction. Organizations use APIs alongside front-end interfaces through end-to-end RPA automation. Various API connectors are available as drag-and-drop activities that users can employ when building their workflows with RPA.

Choosing the right automation technology is half the battle. Without the right tool, your deployment will face limitations, and you might never get the ROI you envisioned. It’s impossible to make a blanket recommendation because every organization’s problems are particular. Instead, we offer an analogy to help you determine what’s best for you.

Pretend that you’re a city infrastructure architect. The mayor has asked you to find the best way to build a public transportation system between two cities. The cities represent two different applications that we want to connect. Our city offers just two transportation options: a high-speed rail (HSR) connection or a network of roads and highways. The HSR is the API, and the road network is RPA. 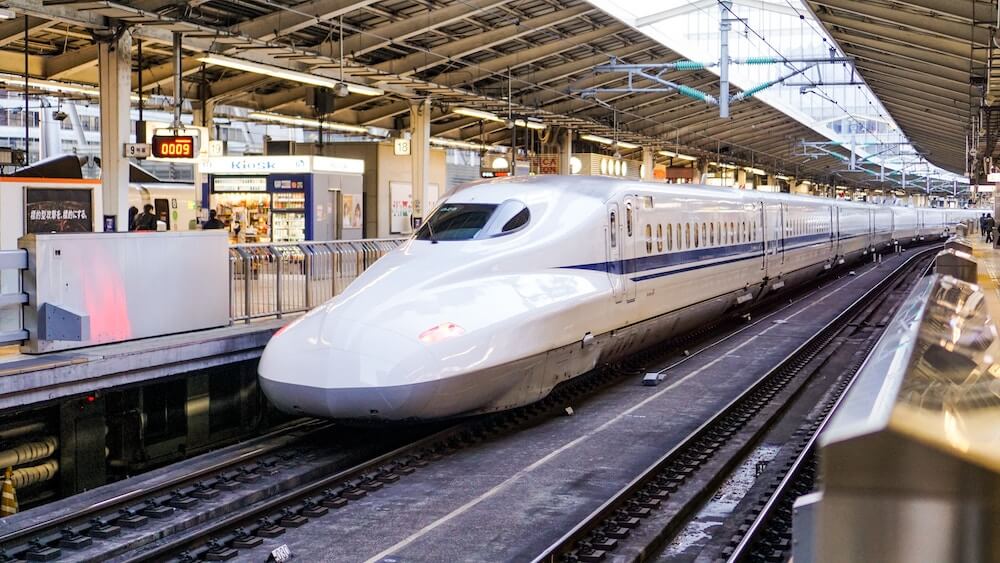 If our goal is to connect the two city centers—from point A to point B—our best option is the HSR. If the final destination for many passengers, however, is not points A or B but points C, D, or even E, then the solution isn’t as obvious. A road network is necessary for passengers to complete the final steps of their journeys. 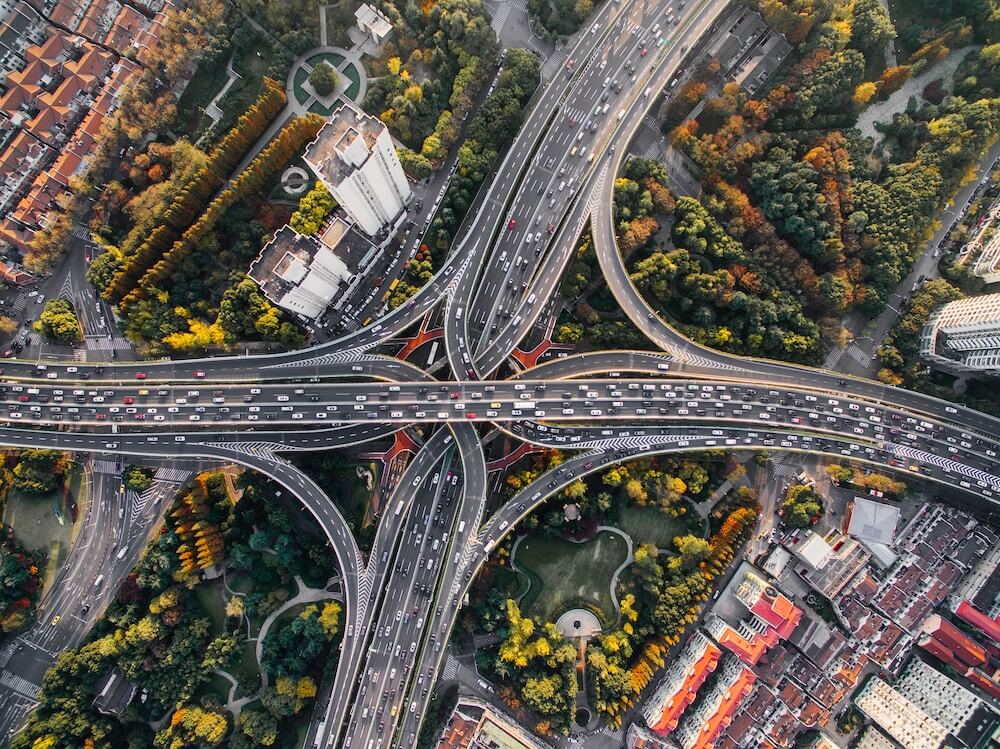 The HSR offers the quickest form of transportation with a high scale capacity and the ability to service millions of passengers in a matter of hours. The road network offers less capacity but allows for expansion to multiple locations very easily (instead of the limited terminals of the HSR connection).

In the automation first world, the same principles apply. If the process you’re automating only requires a narrowly defined transaction between two applications, then the API is your best bet. In many cases, however, processes include more steps than an API integration is able to handle. In those cases, RPA—like a road network—can help.

Using both automation technologies, you can automate complex processes end-to-end.

Two other factors play an important part in our analogy: time and cost. Building an HSR connection traditionally costs far more—and takes longer—than a simple highway or road connection. Similarly, if an API isn’t already available, the upfront costs to design, develop, and implement one are steep.

Organizations can develop RPA deployments much more quickly than they can build an API.

Maintenance and support costs, on the other hand, are typically lower for an API due to its back-end approach. The front-end RPA approach leads to more support costs due to its potential to disrupt workflows. That said, this support cost goes down as RPA matures and vendors employ new techniques and tools for organizations to design front-end automation.

APIs are a great tool for high-capacity transactions, but they’re only practical if they’re already available and your particular problem is narrowly defined. RPA is relatively cheap and much quicker to implement, but it requires committed support to ensure success.

The best automation strategies make use of both technologies.

RPA can serve as a platform for your suite of automation tools. As Guy Kirkwood, chief evangelist at UiPath, said at FORWARD III, an RPA platform can act as the “YouTube for automation.”

UiPath makes doing so simpler than you may realize. The most common API integrations are likely already present in hundreds of UiPath activities. If a connector can’t be found there, then you can search for it on the UiPath Go! marketplace.

If the thousands-strong UiPath Community hasn’t yet developed the specific connection or you want to use an in-house API, you can make a custom activity to invoke the API yourself.

RPA enables organizations to easily inject automation into your business processes. RPA platforms, such as the UiPath Enterprise Platform, can use API integrations as well as other automation technologies, including custom artificial intelligence (AI) and machine learning (ML) models, cognitive services such as chatbots and natural language processing (NLP), and document understanding tools.

With RPA as your road network, you can construct an efficient network of interconnected automation technologies that can get you from point A to points B, C, D, E, and beyond.