FORWARD 5 was our biggest automation conference to date. In addition to a record number of attendees, conference spaces across four floors were dedicated to FORWARD at The Venetian Resort in Las Vegas. And while the convention center was transformed into a visual wonderland (it was stunning), the people and interactions had the most impact for me. 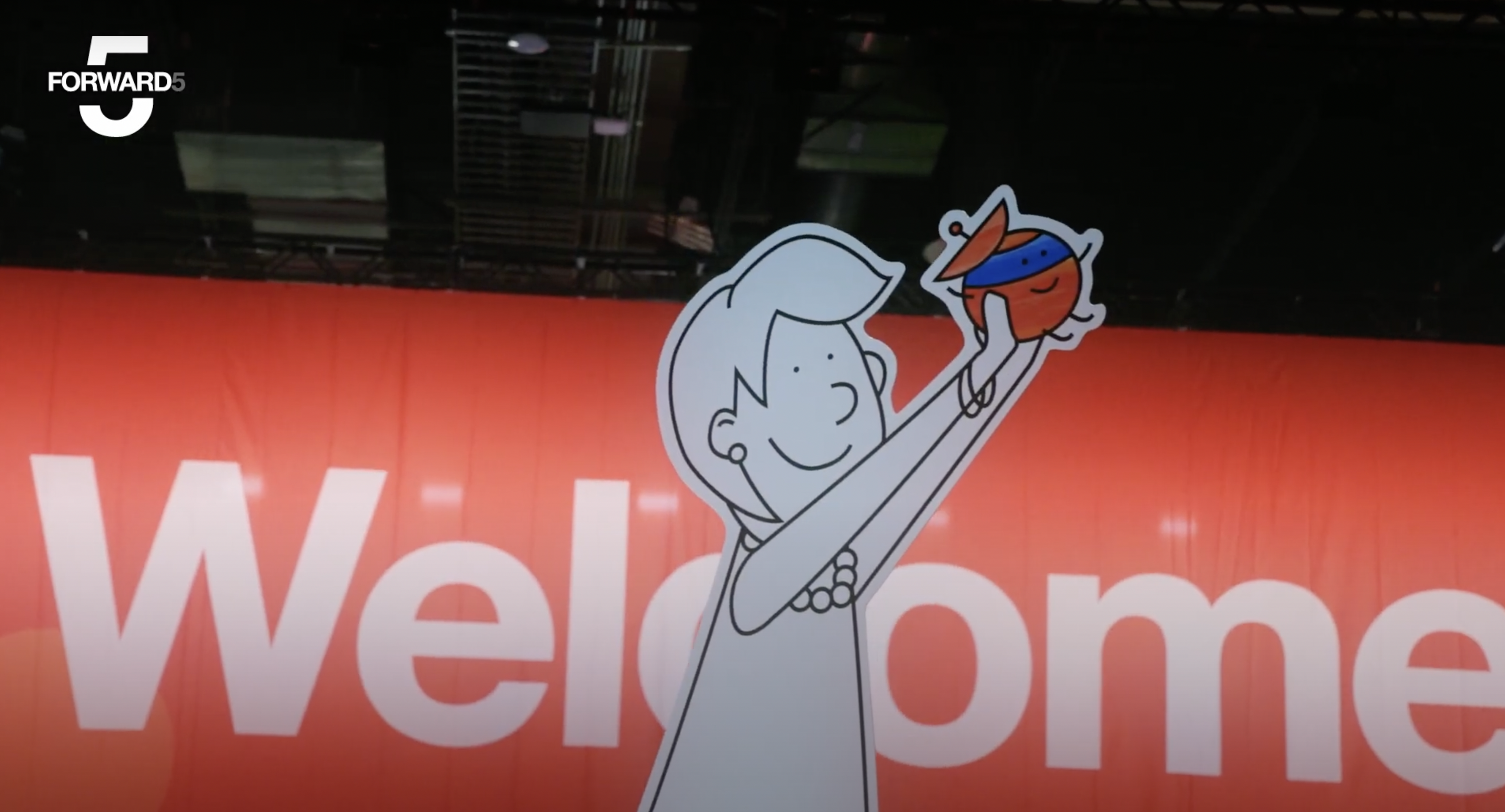 Here are my biggest takeaways from UiPath FORWARD 5.

We’ve talked about automation operating models in previous blog posts, but FORWARD 5 made it clear a major shift has happened.

In his opening keynote, UiPath Co-CEO Rob Enslin explained that UiPath customers getting the most out of automation have “reimagined their operating models” to include automation in future business plans, strategy, and more. 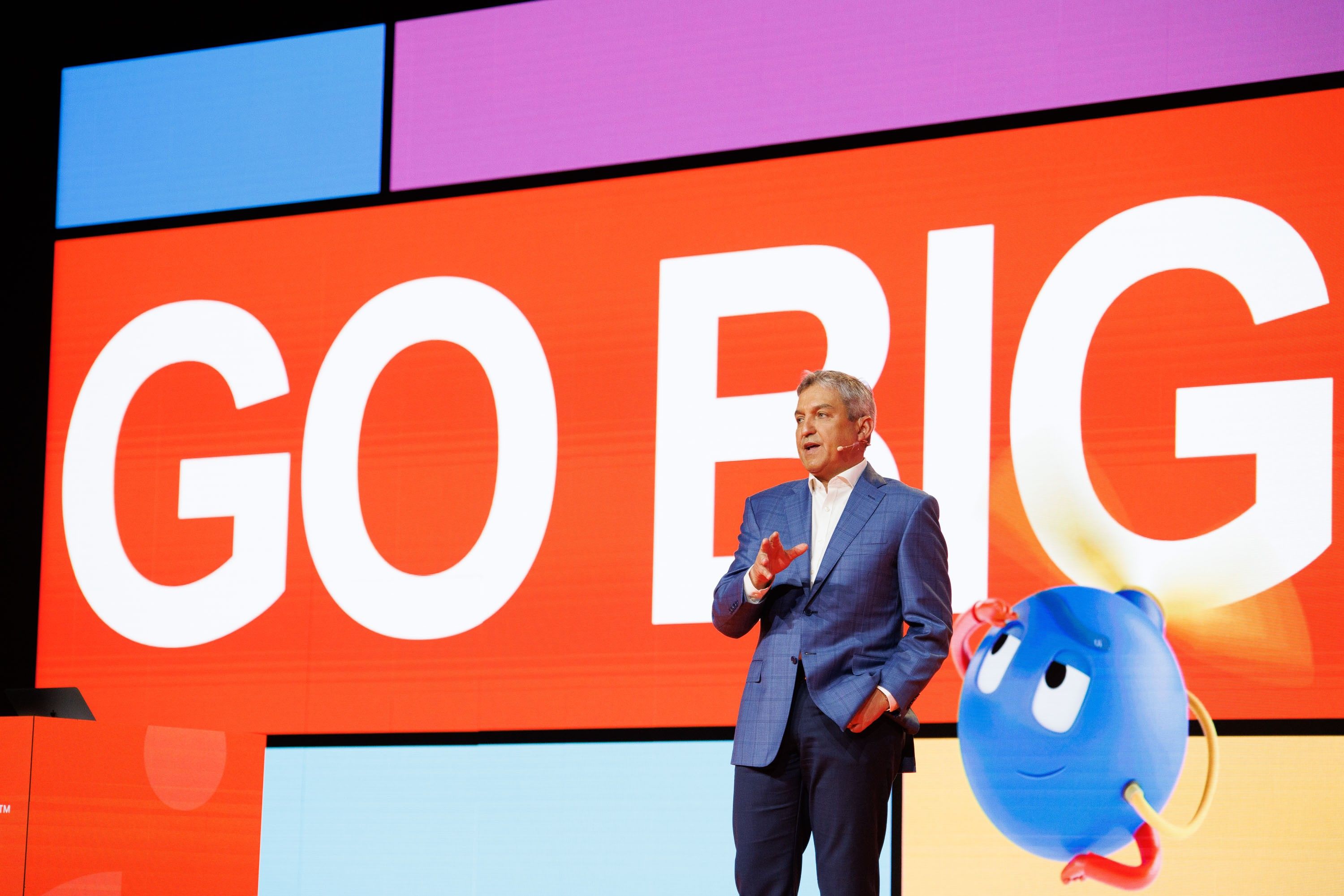 Enslin shared an example from Uber: the rideshare company predicts “UiPath automation will deliver a 350% ROI in one year.”

In a separate session, Leslie Joseph, Principal Analyst at Forrester, discussed the new ‘s-curve’ that “will run all the way through automation technologies. This is setting us on a new epic of digital value that will be created by infusing business models with automation.”

Across conference sessions, leaders at industry greats took the stage. And it quickly became clear that leading enterprises have moved beyond using automation as a tool and are using it as an entire way of operating. An entire way of innovating.

Leaders from Applied Materials, Uber, and Sweco shared how they’re maximizing ROI from automation investments and innovating with automation across the enterprise. They shared their perspectives during “The Value-Driven Approach to Automation” session: 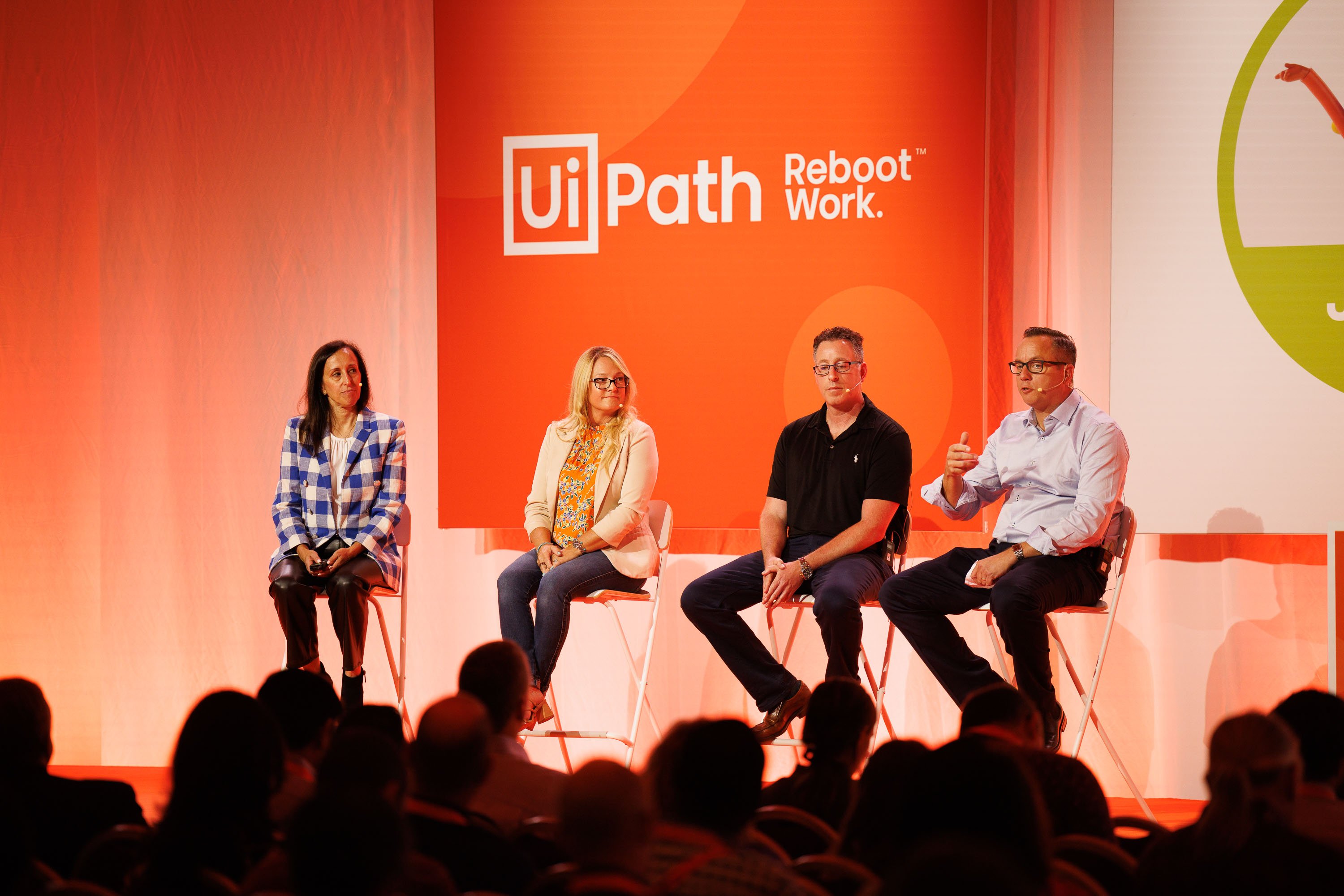 And those are only a few examples. We’ve pulled together the best of FORWARD 5 into ‘The Best Bits’ and will deliver those curated session recordings straight to your inbox. Register now for all volumes in the series.

Joseph spoke to that as well: “Before the pandemic, people were primarily automating for cost…[Now, organizations are] using automation as a vital lever to drive business transformation.” 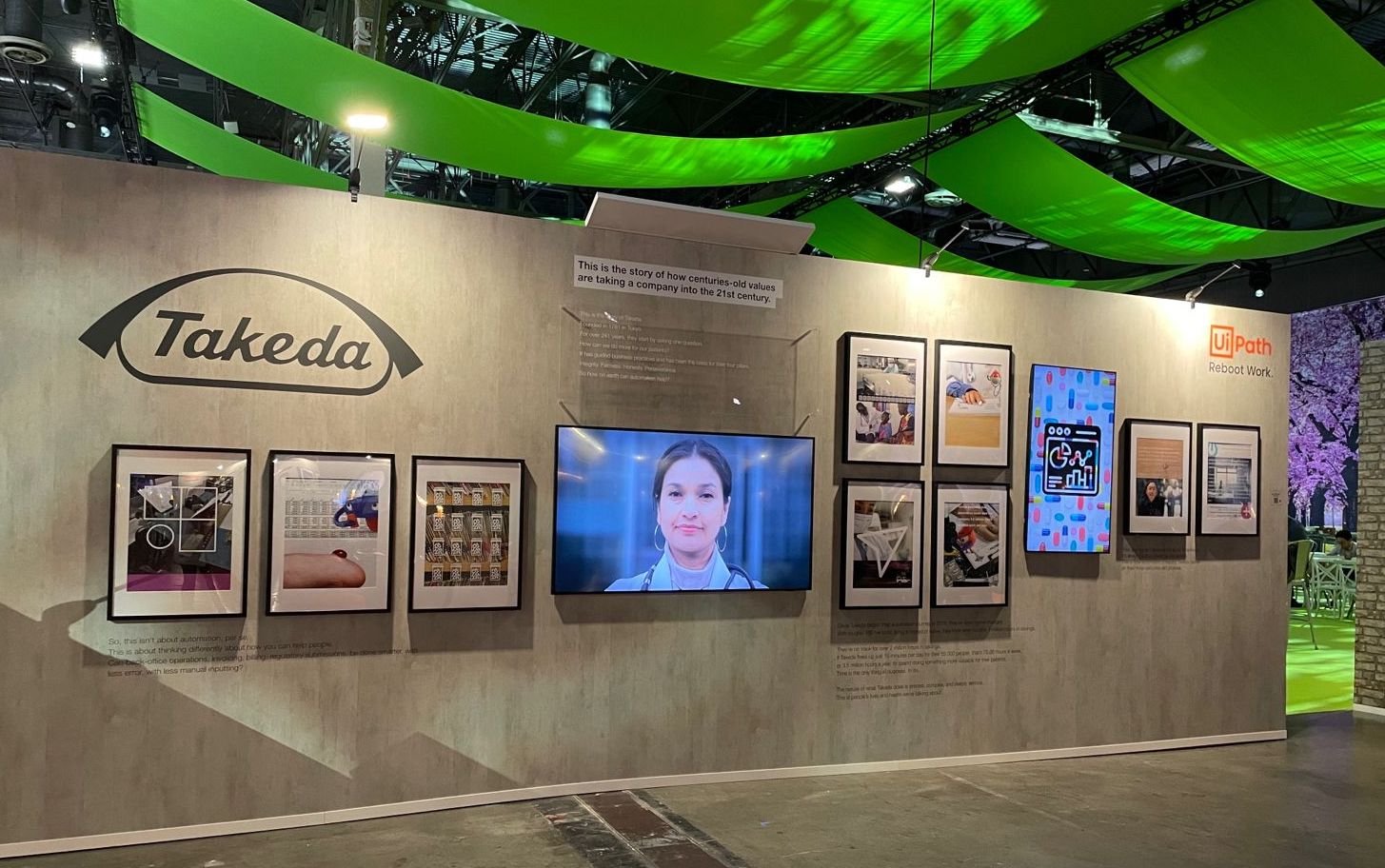 The Gallery offered a museum-like experience complete with mini-documentary videos and exhibit-style gallery walls with artistic imagery and quotes. Special thanks to UiPath customers dentsu, Applied Materials, Generali, JPMorgan Chase, New York Psychotherapy and Counseling Center (NYPCC), Takeda, Uber, and Xerox for partnering with us on this meaningful project. 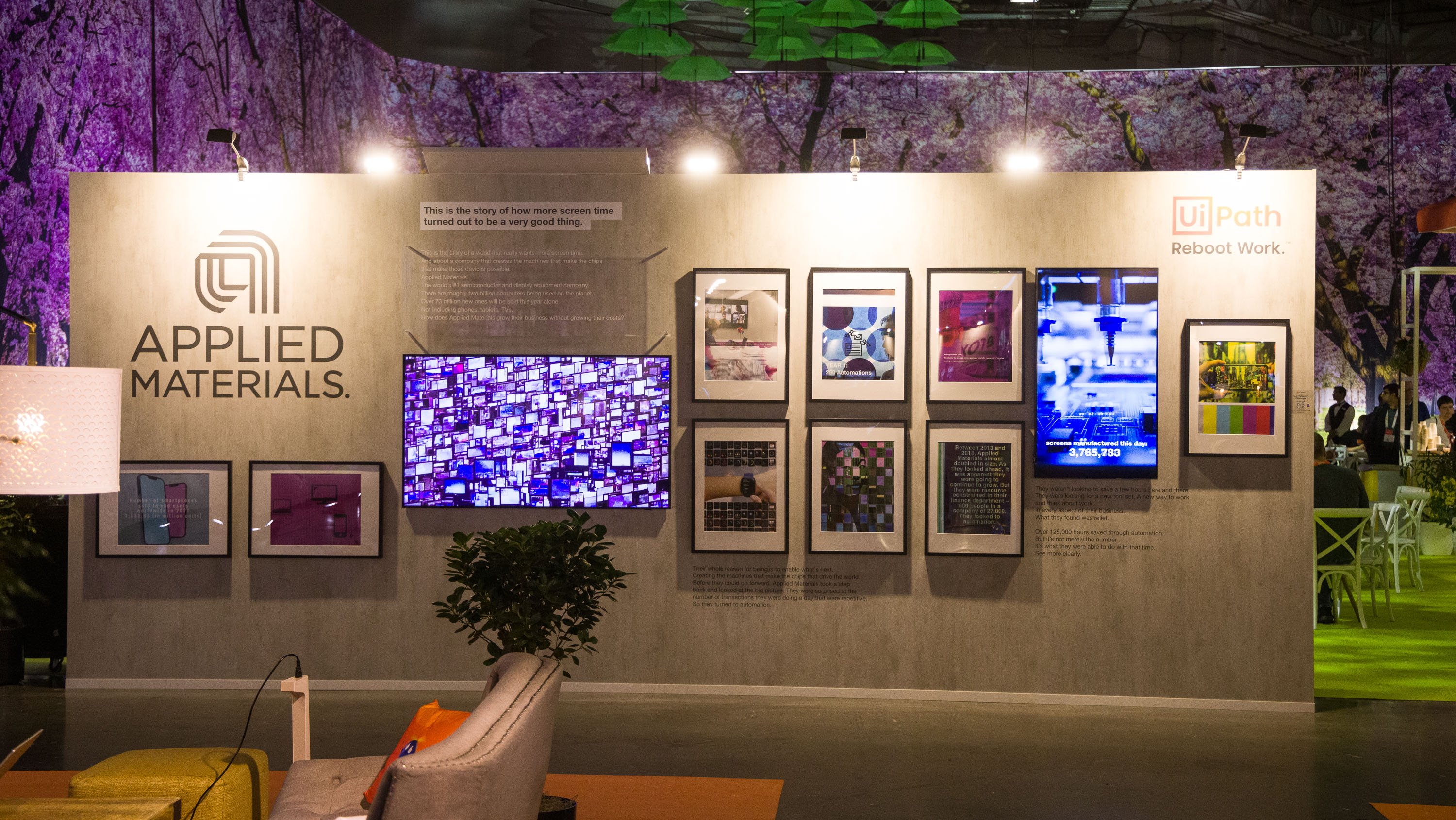 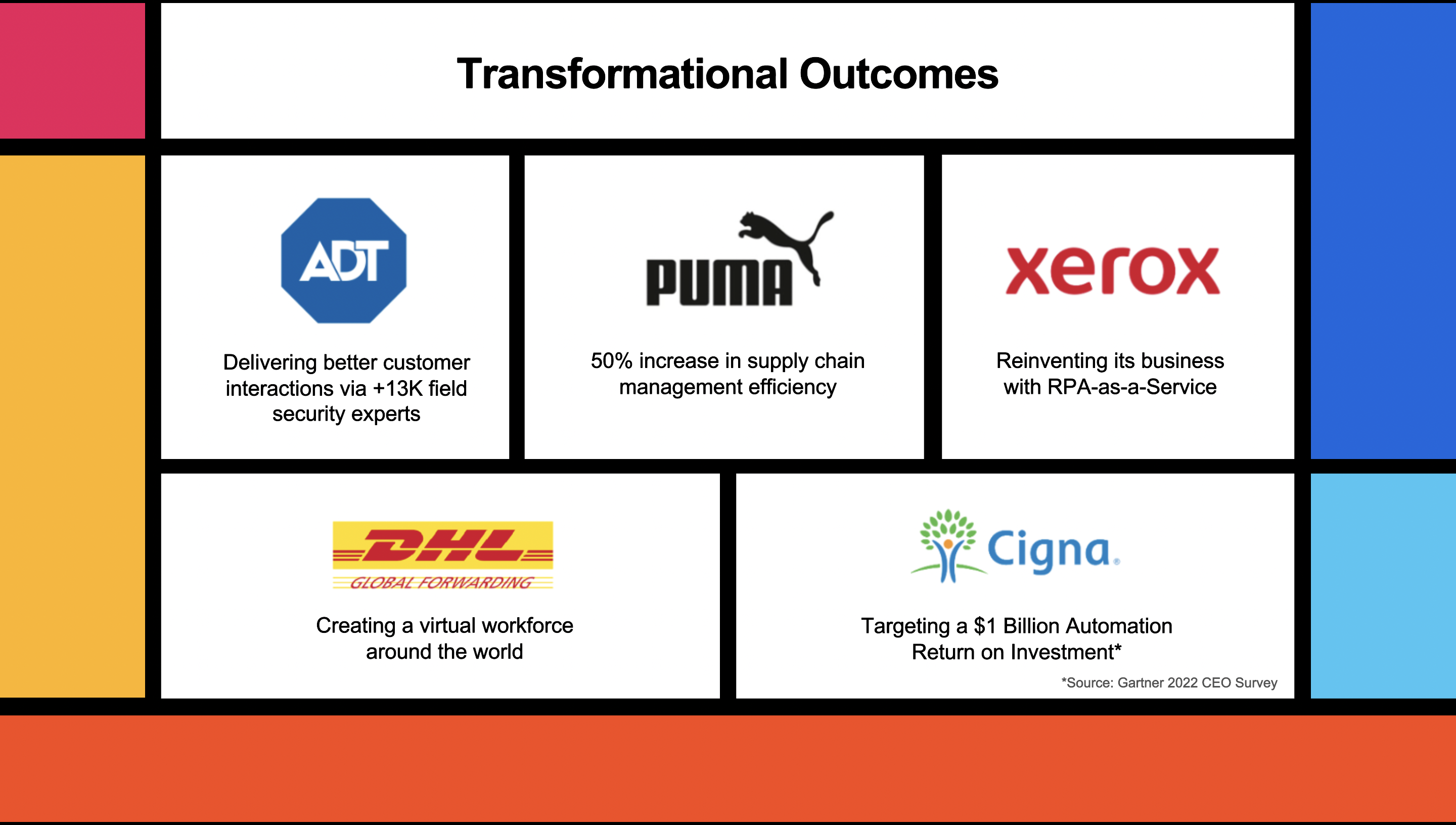 At the fireside chat, Enslin pointed to the potential global transformative impact if all organizations started “to think ‘How do I use automation to increase productivity by 5%?’ Can you imagine what the impact on the economics of the world would be?”.

Transformational outcomes are built on a best-in-class automation foundation

Everyone understands now that automation is a big practice and it’s better to have a platform that supports your end-to-end goals.

We named it that to reflect our belief that this platform [UiPath Business Automation Platform] is now at the center of the way business is run. It’s there to automate the repetitive and routine, but it’s also there to move upstream, and implement new capabilities and processes for your organization. 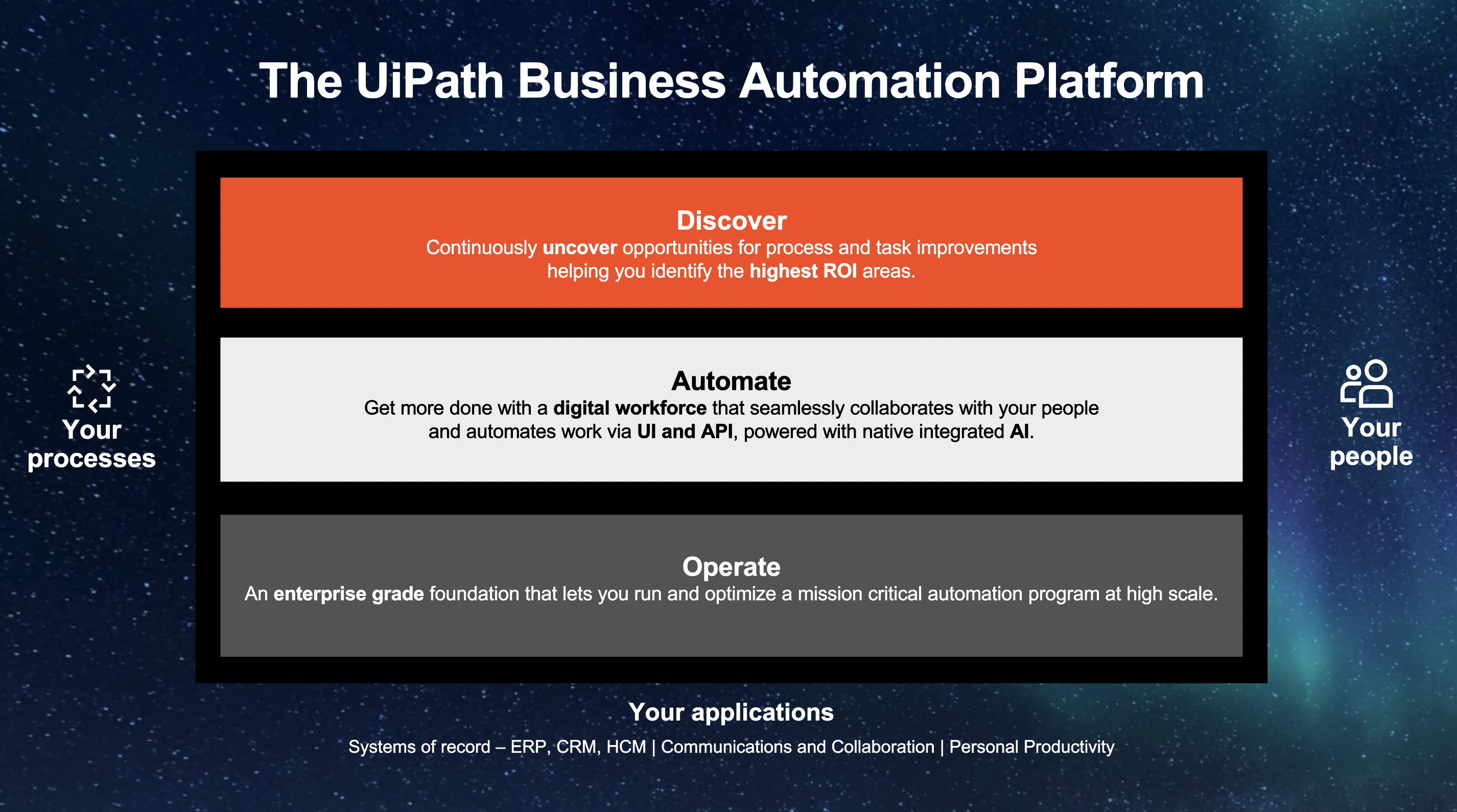 This slide (above) was included in Kummert's keynote session, The Innovation Behind the UiPath Business Automation Platform: Enabling the Automation Advantage.

The platform is still centered around UI automation, but now it can emulate people, and “capture all the work of the process, not just integrate transactions among multiple systems.” The UiPath Business Automation Platform “can reach any application and data that the eye can see,” explained Kummert.

All of which can be deployed wherever you want.

Re:infer, a new member of the UiPath family, brings communications mining capabilities to the UiPath Platform.

Are your competitors still using multiple platforms to get document understanding from one point and API integration from another? Then it’s easy to see the competitive advantage of the UiPath Business Automation Platform.

Automation is a C-suite imperative

Across industries, automation is a strategic imperative. And leaders are embracing it as a C-suite imperative as well. Automation is not a discretionary line item.

Chief information officers (CIOs) are a vital part of an automation program’s success. Savvy CIOs are building on revenue growth momentum through innovative programs that reimagine operating models with automation at the core. 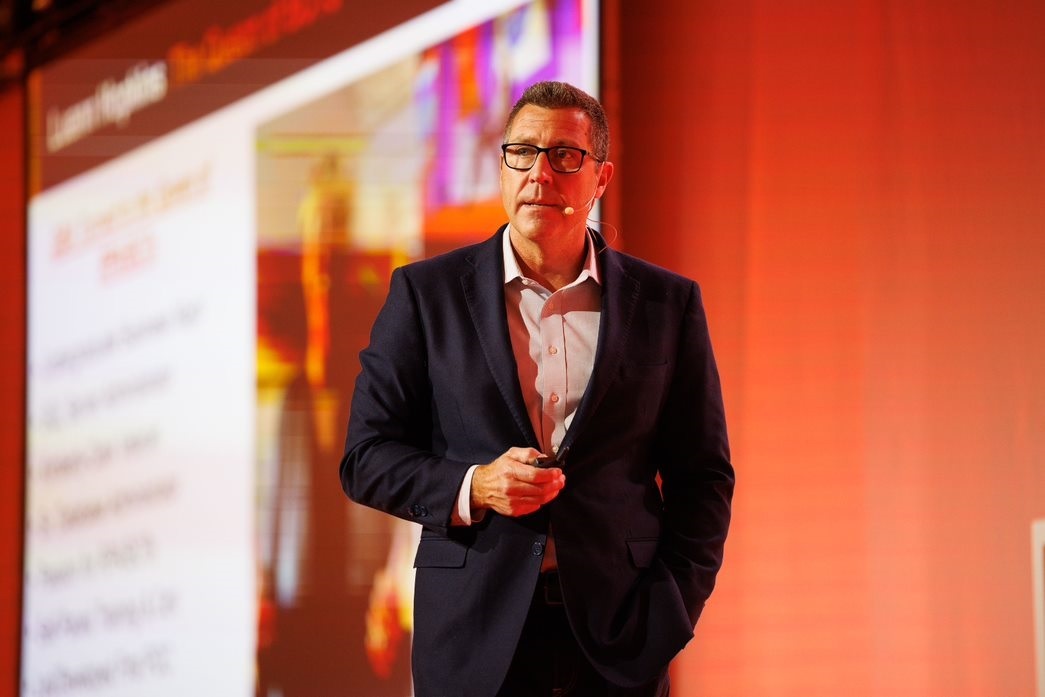 “I am a firm believer that IT and technology can be an enabler of transformation,” said Dickson, CIO of Generac Power Systems. Dickson, the first CIO hired at Generac, explained that CIOs must have that remit to make it possible. IT moved from reporting into the chief financial officer (CFO) to reporting into CEO, so IT now has a seat at the table.

It was clear from customers presenting across numerous FORWARD sessions that the most successful CIOs take into account their enterprise’s size, organizational design, company culture, and incorporate both top-down and bottom-up decision making in their automation operating models. 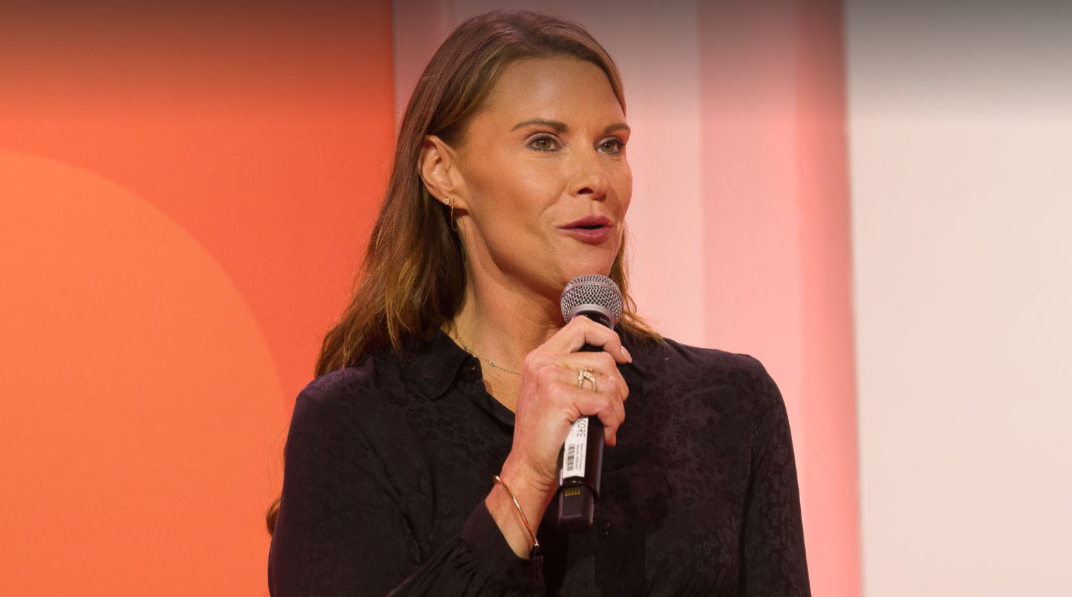 Shawnna DelHierro, Former Chief Information Officer at Visionworks, on stage at FORWARD 5. DelHierro was one of the panelists at the “Why Automation is Moving to the Top of the C-Suite Agenda (and Why IT Should Care)” FORWARD 5 session.

But CIOs aren’t the only executives focused on automation to deliver business transformation.

Have you hired a chief automation officer yet? You should.

“A chief automation officer is a C-level role that reports to the CEO. And it’s not a rescoping of existing automation CoE [center of excellence] heads and so on. This is an entirely new role,” said Joseph.

Automation extends beyond C-suite to the Board, according to Ray Wang, Founder, Chairman and Principal Analyst at Constellation Research:

“Automation has become a board room initiative.”

Hear why automation is moving to the top of the C-suite agenda in the third volume of ‘The Best Bits’ from FORWARD 5. Register now and we’ll deliver all three volumes of curated session recordings right to your inbox.

Innovation doesn’t happen in a silo

One of the best parts of the conference is the opportunity to talk with others. I saw attendees really eager about the “how” in conversations at FORWARD 5. Learning how others in their industry are using automation. Talking with peers from other companies. Hearing how other CoEs are structured and how they’re empowering citizen developers. Being able to ask questions one-on-one to automation experts and UiPath product teams.

Several of the industry-specific summits were standing-room only and product deep dive sessions were at capacity.

I think Joseph may have said it best as he concluded his time on stage:

I agree. Automation is a very human story. At FORWARD 5, that story title was “Robots work. People thrive.”

What were your biggest takeaways from FORWARD 5? Join the conversation on LinkedIn.

Thank you to all who attended, participated in, sponsored, produced, and presented at FORWARD 5. See you at FORWARD next year!